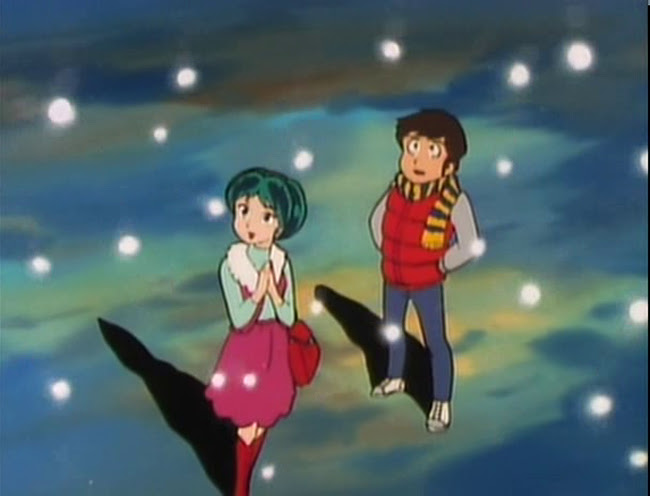 For a series renowned for its weirdness, Urusei Yatsura's first Christmas episode, 1981's "Pitter Patter Christmas Eve" (ときめきの聖夜), has a pretty simple, straightforward plot. The tenth episode of the television series, the show was still finding its footing but it's still an entertaining and sweet episode. 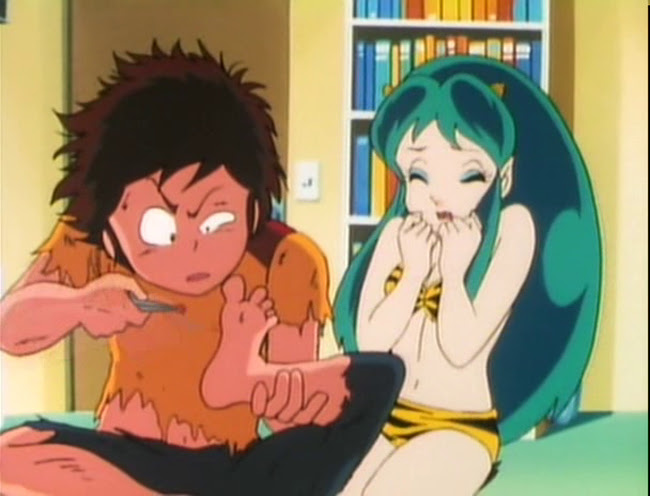 Ataru (Toshio Furukawa), a lecherous high school student, is still in the early days of his forced marriage to the excessively affectionate alien girl, Lum (Fumi Hirano). It's not that he doesn't love the green haired beauty who always wears a tiger striped two piece swimsuit, as he explains in this episode, it's that he also loves "Shinobu, Sakura, Oyuki . . ." He wants to be able to play the field, which in this case, as in most cases, manifests in uninvited groping and pathetic pranks, as we see when he practices a yo-yo trick that causes skirts to fly up. 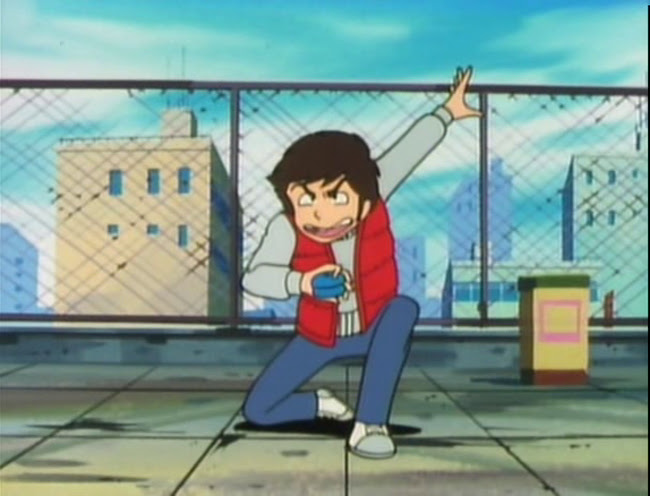 There's also the fact that Lum gives Ataru electric shocks whenever he misbehaves (which somehow has no effect on reforming him) that keeps him from wanting to settle down with her. Most of the other guys at school think Ataru is a fool not to appreciate what he has with the gorgeous Lum so, in this episode, a group of them have concocted a scheme to finally demonstrate to Lum what a scoundrel he is and convince her to leave him. A quixotic quest to be sure since witnessing Ataru doing something horrible every twenty seconds has yet to cause her to waver in her affections. 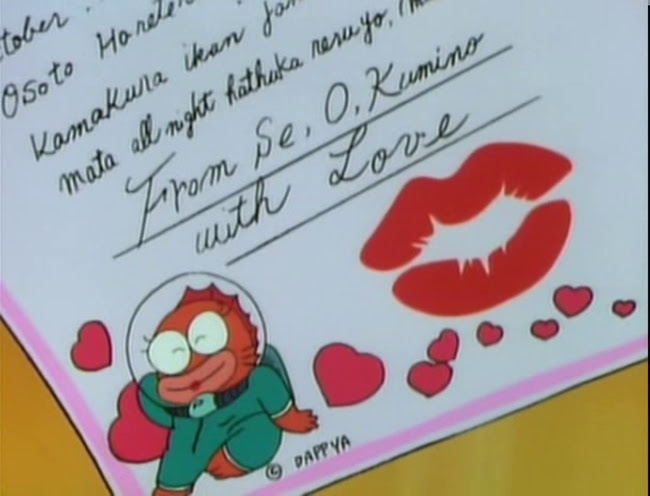 The guys create a fictional woman who writes a love letter to Ataru, asking him to go out with her. In a typical example of the show's use of puns (one of the things that made it a hard sell for English speaking audiences), the guys call the fantasy woman they've created "Kumino Otoko", or "Boy(s) of the Group". Ataru amusingly never suspects anything even as he lusts for "Miss Otoko" or "Miss Boy". 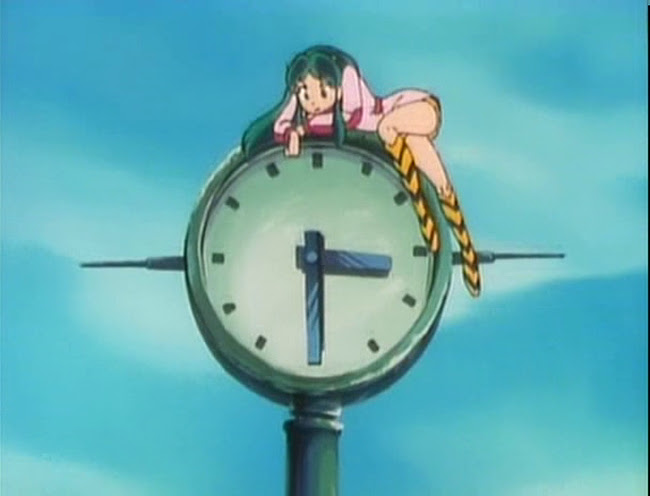 Lum applies her usual corporal punishment when she learns Ataru plans on going on the date but when she finally realises his resolve is unshakable she starts to cry, a moment that has only the faintest hint of a beginning of sentiment before the next piece of absurd physical comedy intrudes. I like the way her hands are animated in this moment. She looks like Alice in the 1951 Disney film. 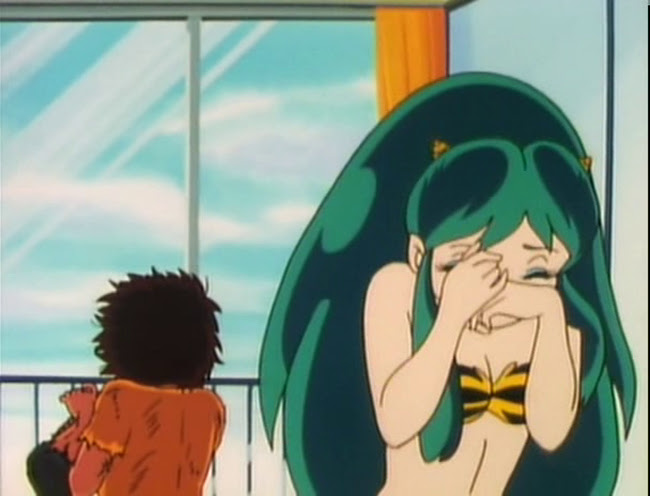 There's also an interesting moment where Lum's in the mall, feeling lonely, and she's walking alone against a tide of blue shoppers. 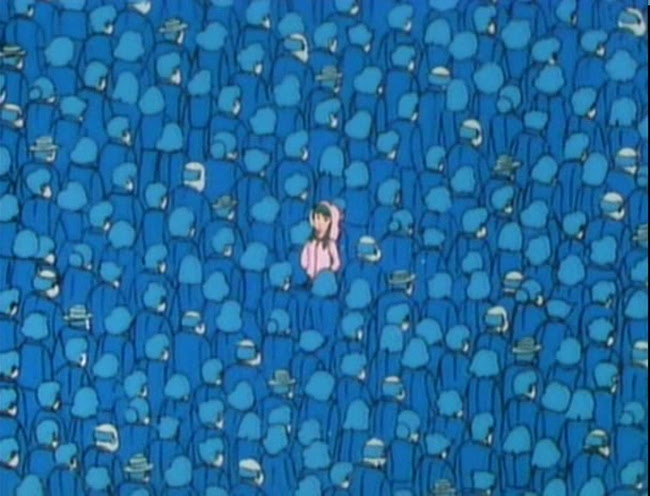 In case you're wondering what this story has to do with Christmas: not a whole lot. But lots of Christmas music is used throughout the episode, there are lots of Christmas decorations, and it's snowing. The episode's currently available on YouTube: