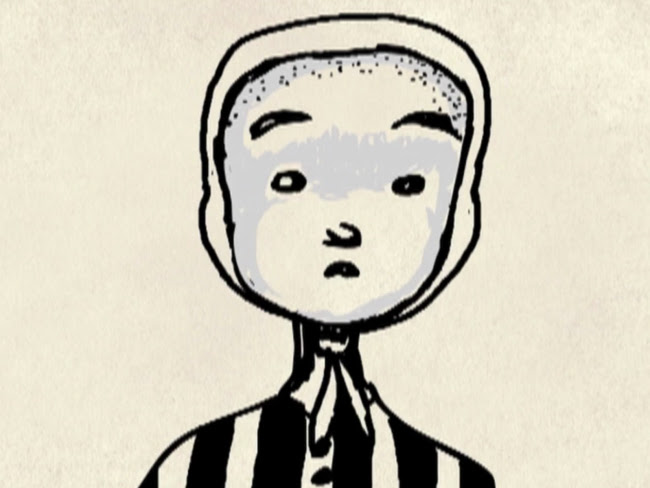 Firsthand experience of the Holocaust is hard enough to imagine as an adult, but how strange it must have been for a child in a concentration camp, in addition to horrifying. Yesterday I finally got a chance to see the 2011 short film Ingrid Pitt: Beyond the Forest, the final project of Ingrid Pitt before her death. One of my favourite actresses, she's best known for her work in British horror films in the 70s, particularly the great The Vampire Lovers and the decent Countess Dracula. When she was a little girl, she and her mother escaped from a concentration camp in Poland near the end of World War II; the short recounts this experience. It's so short it's a bit hard to judge, but something of her experience is translated in a fascinating way by the decision to let a ten year old boy named Perry Chen do the animation. Still, I can't help feeling the film would've been better off with Bill Plympton animating the short himself. 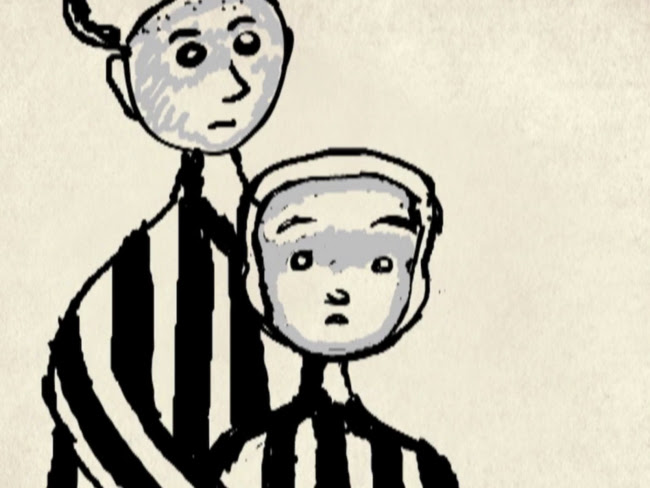 Plympton did do the storyboards and his style is clearly recognisable in the character designs. The animation itself is crude and clearly produced with a simple computer programmme. But I guess there is something in the simplicity of how Chen conceives of black planes shooting scribble bombs at Nazis who keep their rifles straight up on their shoulders as they flee. His imperfect perceptions match up a bit with Pitt's recollections. 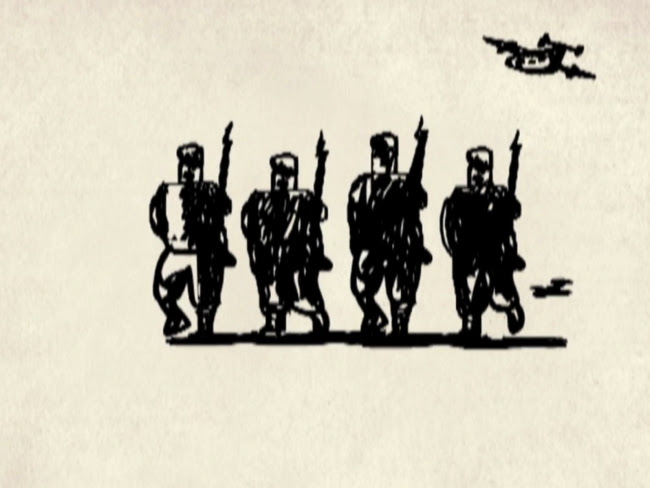 Her voice sounds frail and emotional, very different to the newest thing I saw her in, the 1984 Doctor Who serial Warriors of the Deep. She appeared in a few things since then, I just haven't seen them.

Warriors of the Deep is kind of a low point both for Doctor Who and Ingrid Pitt but she had a nice supporting role in the BBC Television Shakespeare's production of Comedy of Errors the year before that. 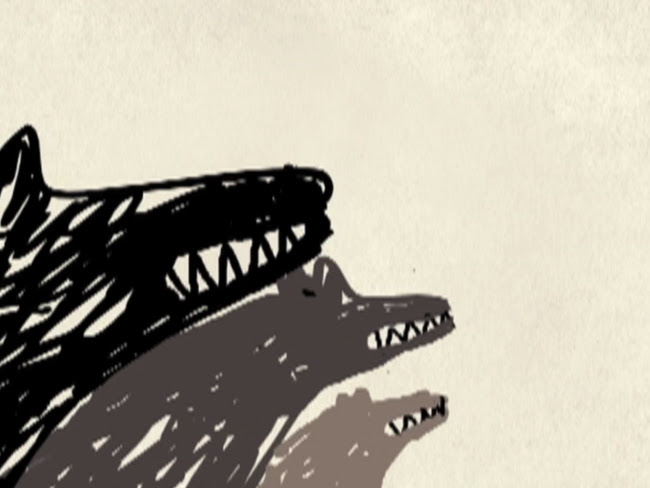 Maybe because she wasn't feeling well, maybe because she was close to death, made her emotions particularly raw when recounting her childhood experience, but it really works, in any case. She recalls dogs at the concentration camp that were always snarling but for some reason never barked. She remembers a little boy who found her and her mother in the forest who at first wanted his father to shoot them. Something of the strangeness and confusion of the experience comes through.

I don't know how this movie took five years to complete. Maybe if Plympton were hand drawing it, I would understand. Anyway, it's an interesting work and a fascinating part of Pitt's life.