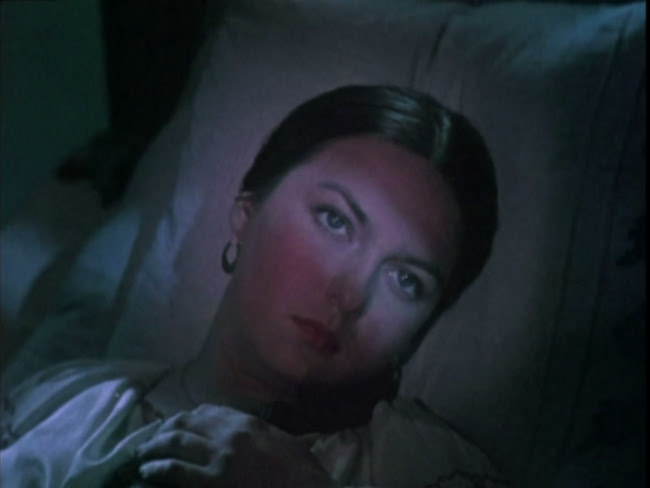 English speaking countries are just catching on to associating Christmas with devils, though maybe the Krampus fad was killed by the recent film. In many other countries, devils have been a part of Christmas films for decades, one example being 1961's Evenings on a Farm Near Dikanka ("Вечера на хуторе близ Диканьки"), also known as The Night Before Christmas. This cute and inventive Soviet fantasy film doesn't even feature Santa Claus but it does feature a dark, hairy, mischievous devil who's a lot creepier than I think he was even intended to be. 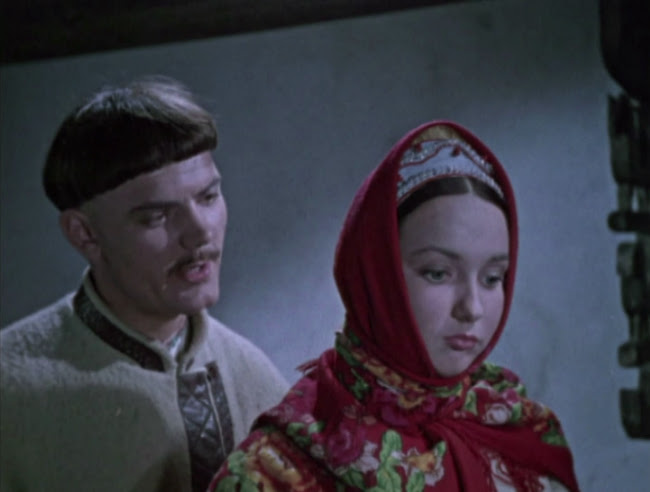 The young village blacksmith, Chub (Aleksandr Khvylya), is kind of in love, or mainly irritated by, the beautiful Oksana (Lyudmyla Myznikova), whom he spies on so he can disapprove of her looking in the mirror so much. 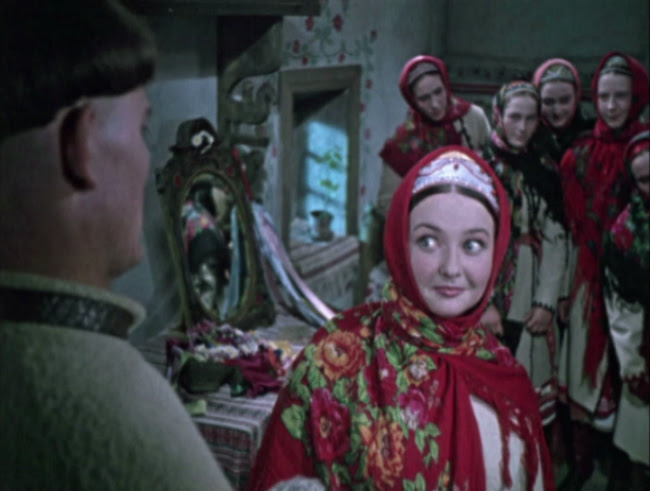 She's a coquette and joins her friends in mocking him, telling him she'll never marry him unless he can bring her shoes like the Tsarina's. He's so irritated by her he swears he'll never exert himself for her sake, but he goes looking for a devil to help him anyway. 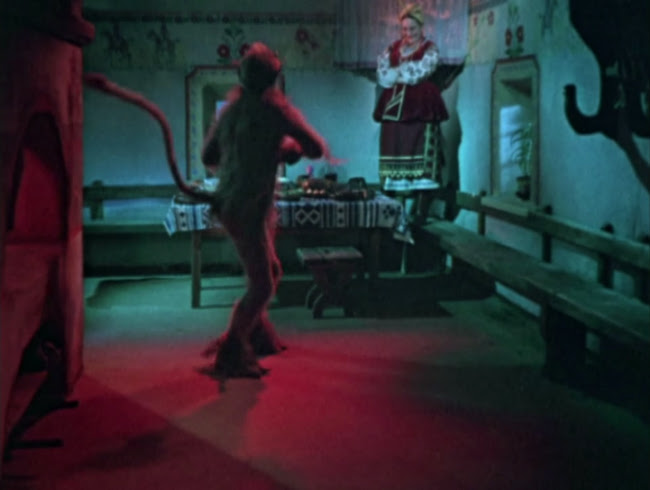 Meanwhile, there is a devil (Georgi Millyar) who's sleeping with a local woman, Solokha (Lyudmila Khityaeva), behind her husband's back. She's also having affairs with two other men but none of them do the goofy little dance the devil does to win her over. 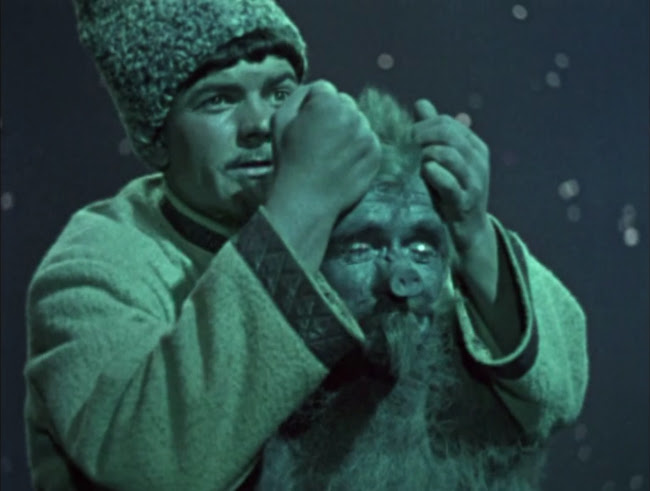 Soon Chub's destiny will collide with that of Solokha's demoniac paramour in ways no-one ever thought possible. 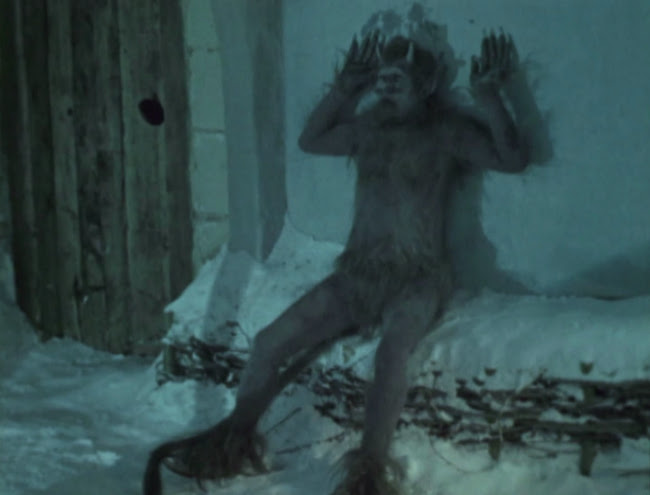 Based on a story by Nikolai Gogol, the movie has that free ranging sort of fantasy plot that feels like a myth. It also has some really sweet visuals and is a lot of fun.

The explanation drowned behind the bath.
A buried train awaits a flying ship.
The crystal planets broke for noisy wrath.
The talent stayed beyond the telly blip.
The living stripes were something red and white.
A garland binds the needles lightly round.
It's never quite the plain and simple sight.
A ringing song was never merely sound.
The squirming sacks contained the present time.
The passing antlers snagged the sheets of rain.
For magic, hooves were turned to hands to climb.
There's things in sleighs no longer still or sane.
The laughing elves were only clocks with cake.
The roots of growing trees will crack the lake.

Posted by Setsuled at 1:44 PM
Email ThisBlogThis!Share to TwitterShare to FacebookShare to Pinterest
Labels: evenings on a farm near dikanka, movies, the night before christmas, Вечера на хуторе близ Диканьки