The Sky Demons of Christmas 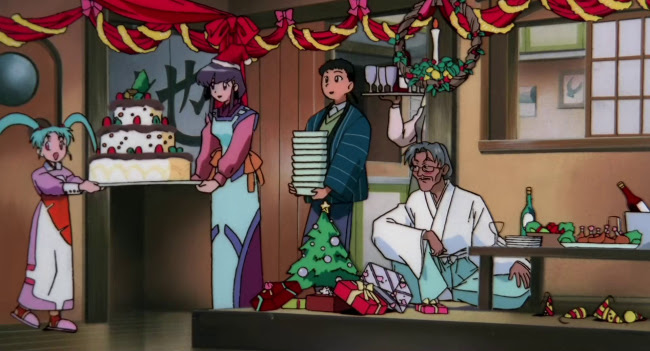 Happy Christmas, everyone. This morning and yesterday I've been watching various Christmas movies and shows; Donald Duck cartoons as usual, among other things. I've been in the mood for anime lately, probably because it's been a year now since my last Japanese class, so yesterday I watched the second Tenchi Muyo movie, Daughter of Darkness from 1997. It was also another example of a Christmas demon who isn't Krampus, following up from watching the Russian Christmas devil film, Evenings on a Farm Near Dikanka, the previous day. Daughter of Darkness is also wonderfully weird and silly with an odd undercurrent of deadly serious perversion. 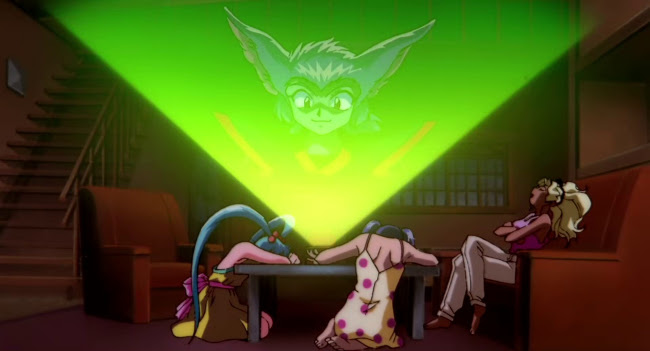 An alien demon named Yuzuha (Yo Inoue) decides to get revenge on Tenchi's alien grandfather for seemingly rejecting her affections, thousands of years ago, by tricking Tenchi (Masami Kikuchi) into sleeping with his own daughter. Tenchi's still a young virginal fellow so there's a mystery as to how the young woman who shows up, Mayuka (Junk Iwao), can be Tenchi's daughter, especially since the two seem to be about the same age. 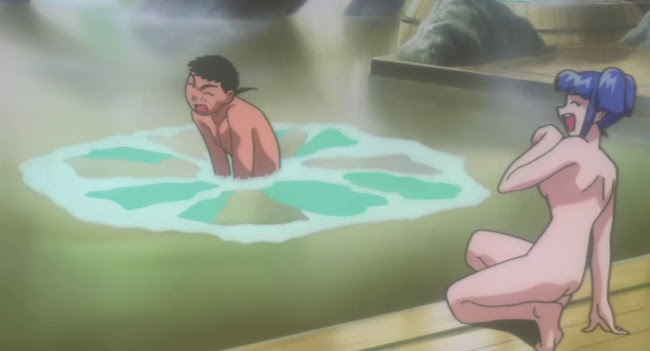 Most of the movie is set during summer, in fact the Japanese title is 真夏のイブ, "Midsummer Eve". There's a festival, called Startica, on the homeworld of Tenchi's grandfather and the demon that happens to resemble both Christmas and the Japanese midsummer festival. The film is bookended by very Christmasy scenes, though, the climactic battle involving Christmas toys shooting knives from their bellies and deadly tree garland tentacles. 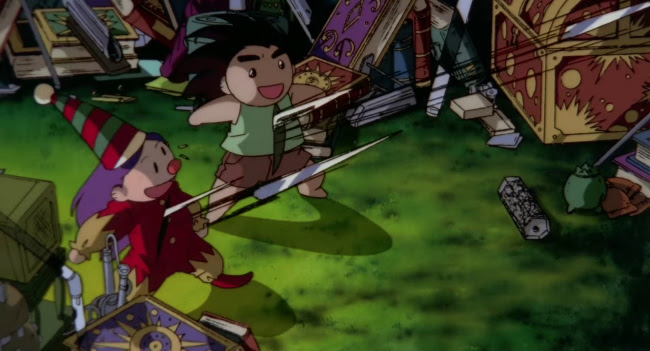 Well, it's someone's idea of Christmas.

Usually Tenchi Muyo is more effective in its domestic comedy scenes involving Tenchi's embarrassment as he deals with his harem of aliens and monsters. Usually plotlines dealing with cosmic conflict are less interesting but the best episodes successfully combine the two elements, as this one does. Among Tenchi's harem, the former space pirate, Ryoko (Ai Orikasa), is generally the most popular, with good reason. With all of the slapstick fighting, there's always a chance Ryoko might go too far, as she does here when she tries to murder Mayuka. There's always an effective tension with Ryoko for this reason and it gives a lot more emotional weight to her affection for Tenchi. Her psychological obstacles are more interesting than her rival's, Ayeka's (Yumi Takada), business with her royal family. 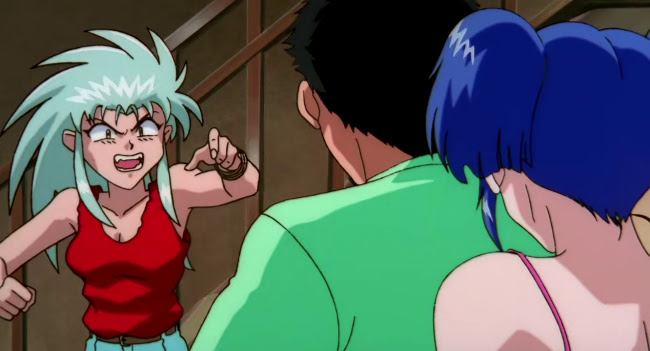 The writers seem to have learned from the early episodes what works because the demon's motivation, being unable to deal with rejection, and taking revenge too far past a place where she can plausibly be forgiven, is like a more extreme version of Ryoko's story. At just under an hour, Daughter of Darkness is a very short movie but good, its action sequences almost as good as its comedy.

Anyway, here's wishing everyone a good Christmas, humans, demons, and aliens, too.

Posted by Setsuled at 10:57 AM
Email ThisBlogThis!Share to TwitterShare to FacebookShare to Pinterest
Labels: anime, christmas, daughter of darkness, movies, tenchi muyo