The Wonderful Spirit of Time Travel 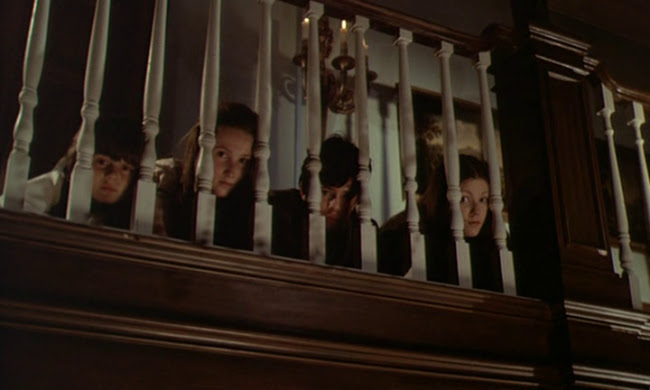 In 1918 a man shows up at the dilapidated London flat of a poor single mother and offers her a job as caretaker of a haunted manor. He doesn't tell her it's haunted, he entrusts this knowledge only to her two elder children. He's a lawyer and a ghost himself; he's The Amazing Mr. Blunden, which also happens to be the title of this delightful fantasy film from 1972. 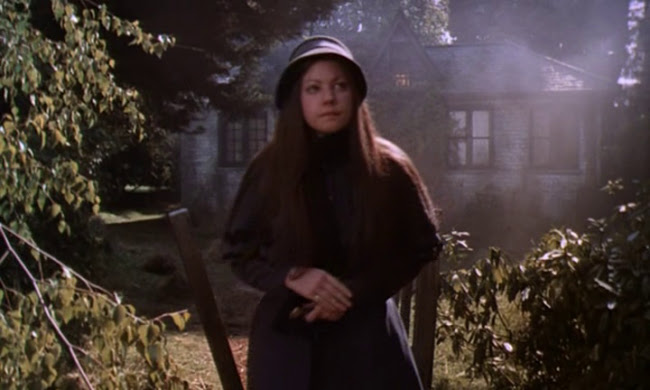 Elmer Bernstein composed the score which has a wonderful, distinctively 70s charm to it with its rapturous strings and brass as Lucy (Lynne Frederick) and Jamie (Garry Miller) explore their enormous, creepy, and partly fire damaged new home. It's not long before they do encounter ghosts--a pair of children much like them, Sara (Rosalyn Landor) and Georgie (Marc Granger), from exactly a hundred years earlier. 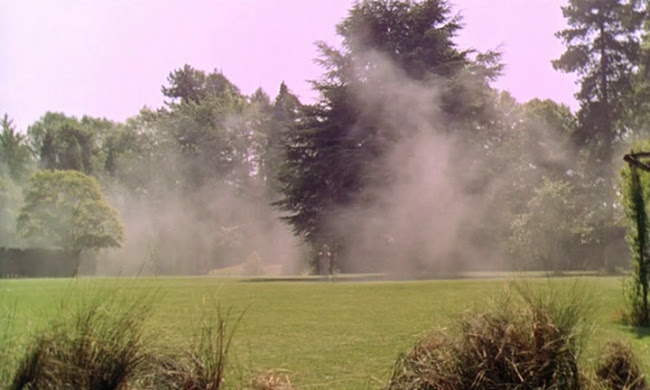 It's arguably more of a time travel story than a haunting story but, then again, the implicit connexion between the two concepts is fun. It kind of reminded me of Inland Empire.

Sara and Georgie are being terrorised by their half brother's mother in law, Mrs. Wickens, played by Diana Dors. 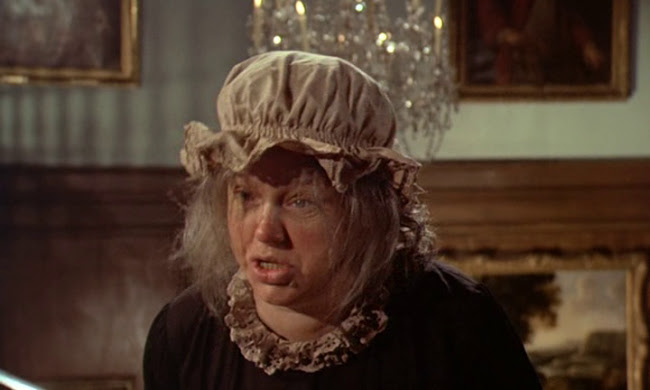 One of my all time favourite actresses, Dors was well past her bombshell years, though she was only 40. On the one hand it's admirable she was willing to take these roles when so many former leading ladies would insist only on more flattering parts. On the other hand, it must have been liberating to be able to play such over the top characters as this and the brash matriarch she played on the sitcom Queenie's Castle. And, yeah, I'd still go out with her, even in the Mrs. Wickens getup. 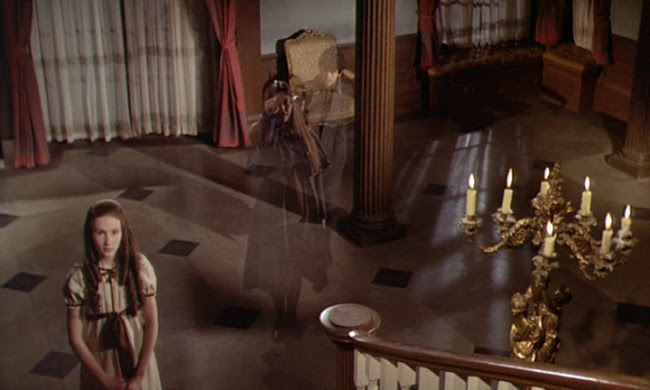 The Amazing Mr. Blunden is a simple enough story about kids versus cruel adults while also having some intriguing and aesthetically pleasing subtext to its concepts. The form Mr. Blunden's (Laurence Naismith) buried conscience takes occupies a fascinating part of the story, especially since it turns out he has very little screentime. He's kind of a free-floating psychological preoccupation that outlived his physical body. I love it. I also love the method of time travel shown in the film, which is revealed to Sara and Georgie by the house's apparently sentient library. 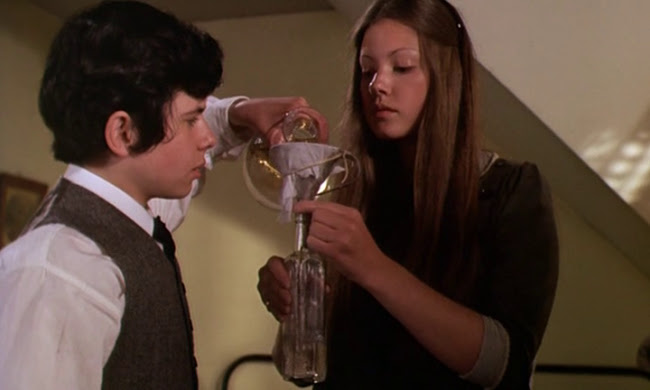 It's a potion, the ingredients for which must be strained through a muslin cloth. Amusingly, Sara and Georgie test it on Mrs. Wickens first to make sure it's not poison. 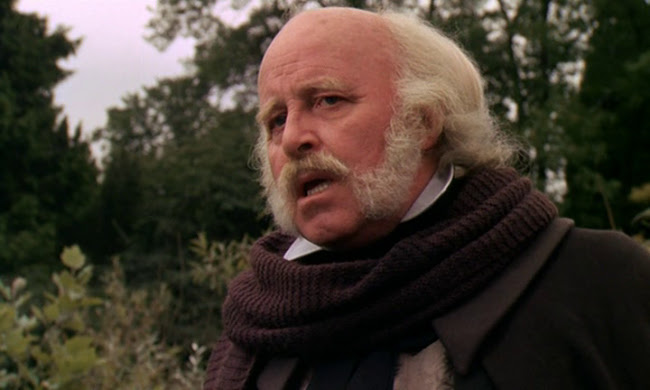 With a cast that also includes James Villiers, Madeline Smith, and Graham Crowden, it's a fun film with a lot of atmosphere. Lynne Frederick is particularly good, the point of view character for much of the film. The Amazing Mr. Blunden is available on Amazon Prime. You could do worse for something to watch on Christmas--though only the beginning of the film is actually set during Christmas, most of the action occurs during April of 1918 and 1818.

The eggs of ducks were blue as ships in space.
The careful paint would still escape the pod.
A grid between the suns creates a face.
There's nothing darker dwelling here or odd.
The hammocks creak and sway in inky seas.
Tomatoes lined the battlement and watched.
A drop of rain was just a cloudy tease.
A blade of grass was but a flower botched.
In constant glowing hands the sky was held.
In braided breads the ghosts were growing great.
The greatest lump in truth was soundly frelled.
A mob of ghosts would batter down the gate.
A cable carried out a hundred years.
Electric shows react with water tears.