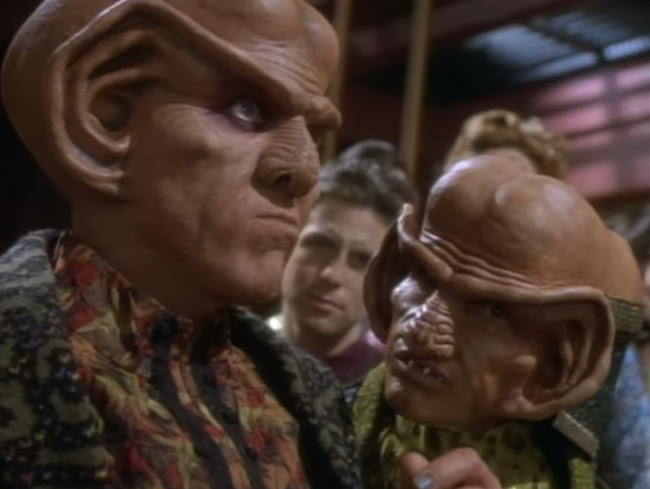 The first official delegation arrives from the Gamma Quadrant in "Move Along Home", a first season episode of Star Trek: Deep Space Nine. It's just Sisko and the crew's luck they turn out to be weirdos obsessed with games who want to go straight to Quark's. 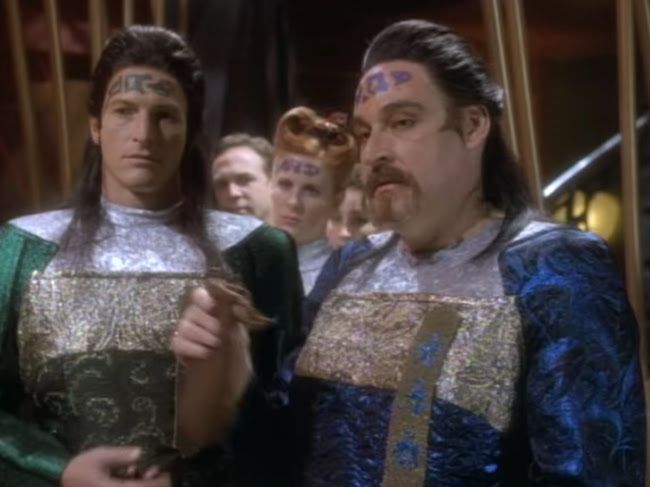 Actually, they're really not that weird. Star Trek was always criticised for having not-very-alien aliens. It's pretty sad the first delegation from the mysterious Gamma Quadrant is just people with paint on their foreheads. But the production had budget problems, according to Memory Alpha. 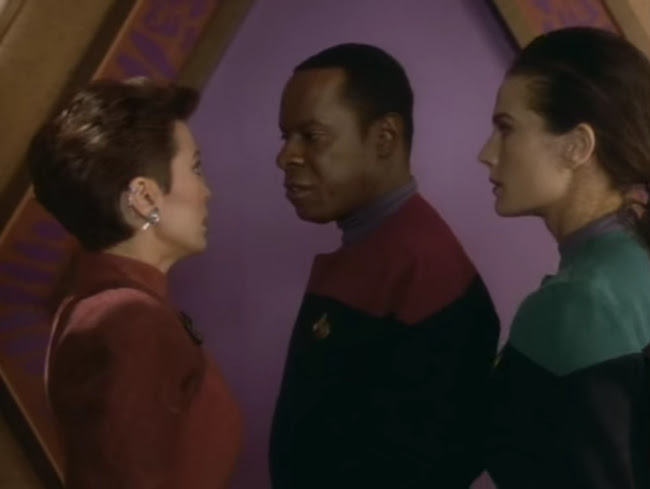 It's not a terrible episode but I never got caught up in the main drama--Sisko (Avery Brooks), Bashir (Alexander Siddig), Dax (Terry Farrell), and Kira (Nana Visitor) getting caught as pawns in a game Quark (Armin Shimmerman) is forced to play. I must be a big Armin Shimmerman fan, come to think of it, as I just realised I'm watching through two shows he features on now--DS9 and Buffy the Vampire Slayer. I prefer him as Quark. One of the things I like about this episode is it has a moment where Sisko actually starts chatting comfortably with Quark, showing he can get off the moral high horse. There are some nice scenes between Sisko and his son, too. It seems like Avery Brooks was still experimenting a lot with Sisko and he has all these entertaining little gestures and facial ticks. 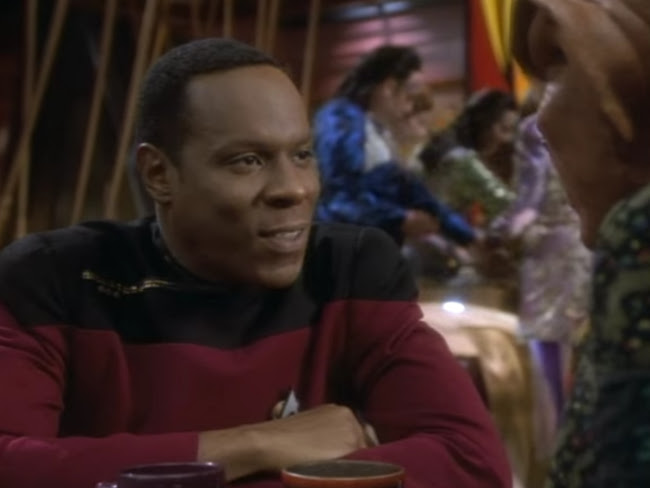 Brooks is like a stealth bomber, he seems to hardly move but then he cracks a smile and his whole aura seems to change.

Star Trek: Deep Space Nine is available all over the place. I watched it on Netflix.

The maps of damaged rooms remain at hand.
Behind the eye, familiar roads revive.
The brain produced an ever present brand.
It can't the urgent ghost or grave contrive.
The clouds were wadded floss beneath the floor.
As winter thoughts retain a broken leaf or two.
The pond was frozen peace and shimmered war.
Above the board there danced a waxy shoe.
A tiny petal shades the metal door.
The dreaming trees arrived a little late.
The city poster showed but baldly poor.
A million liqueurs clog the rusty grate.
The lively jog occurs beneath the dome.
The spinning wheel escorts the hamster home.