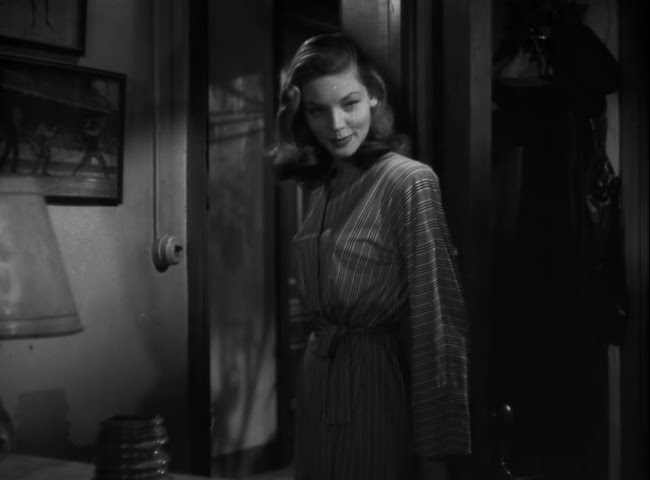 As if life isn't hard enough for world-weary fishing boat captain Harry Morgan, he finds his job expanded to include ferrying French resistance fighters in 1944's To Have and Have Not. A great movie that diverges wildly from its superior source novel by Ernest Hemingway, it stars the chemistry between Humphrey Bogart and Lauren Bacall, their first of many films together.

There are several viable ways to interpret the title of the novel, few of which are as applicable to the film. There's the difference between economic "haves" and "have nots"--the likes of working class Harry versus wealthy vacationers--and there's also the depiction of wealthy people whose torrid personal lives essentially leave them having and not having relationships. 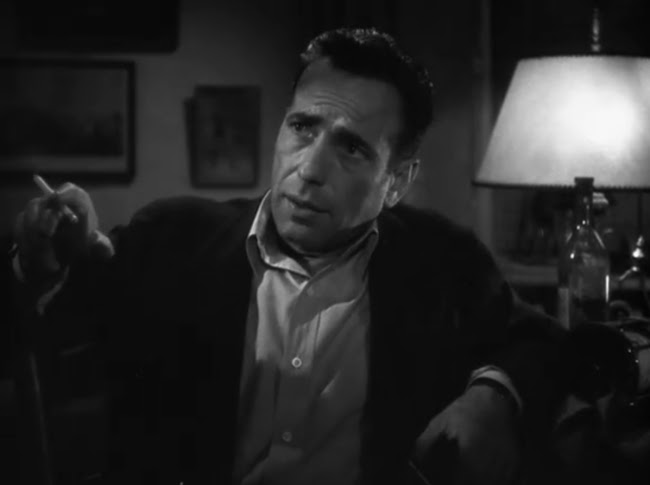 Instead of a man turned into a murderer due to desperation and opportunity, Bogart's Harry Morgan, despite rough edges, is an unmitigated hero. He puts up a mercenary front and expresses reluctance to do anything without getting paid but eventually he's aiding the French underground gratis. The film lacks what's really interesting about the novel, which is its remarkably clear-sighted portrayal of human beings boiled down to animal instincts. But the movie was directed by Howard Hawks with a screenplay by Jules Furthman and William Faulker--supposedly with some input from Hemingway himself--so naturally it's pretty good. 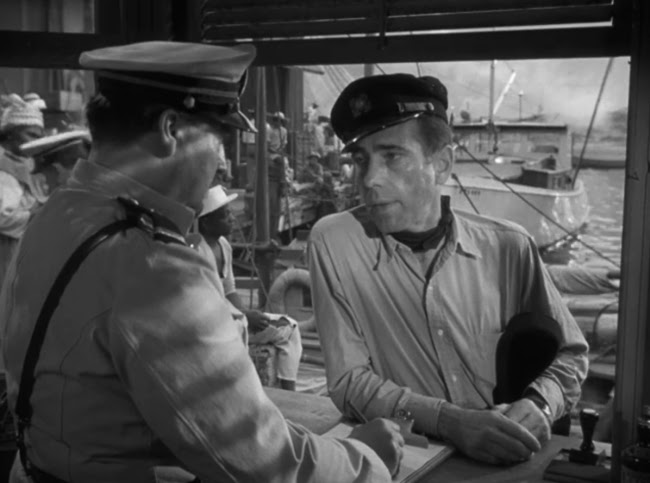 The first portion of the film somewhat faithfully adapts the novel. Harry takes a wealthy tourist fishing and when the tourist loses a fishing rod by acting like an idiot Harry demands compensation. In the book, the wealthy guy promises to pay but skips town instead. In the movie, his pocket is picked by Marie "Slim" Browning (Bacall) who's nabbed in turn by Harry--who makes her return the wallet in which Harry finds travellers checks worth more than the amount the guy owes him. But even here, movie Harry's sense of honour prevents him from robbing the man outright. 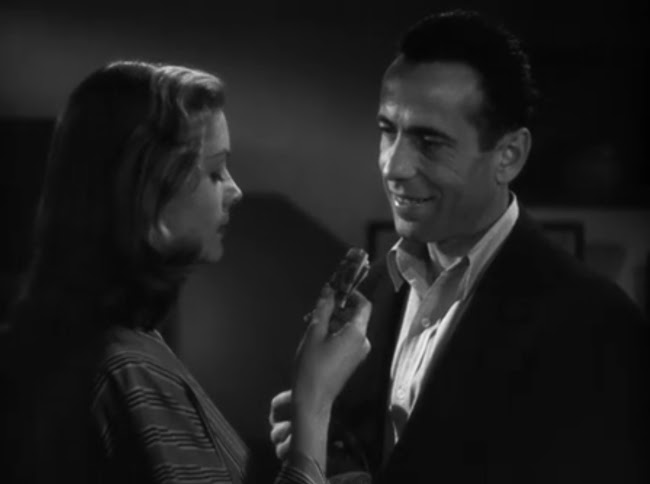 For all the talent behind this movie, its chief virtue is in Bogart and Bacall being fascinated by each other's sly, sardonic demeanours. It's a real delight watching her aggressively come on to him while the two grin like cats, exchanging trivial nothings and double entendres they each wear like thin veils. 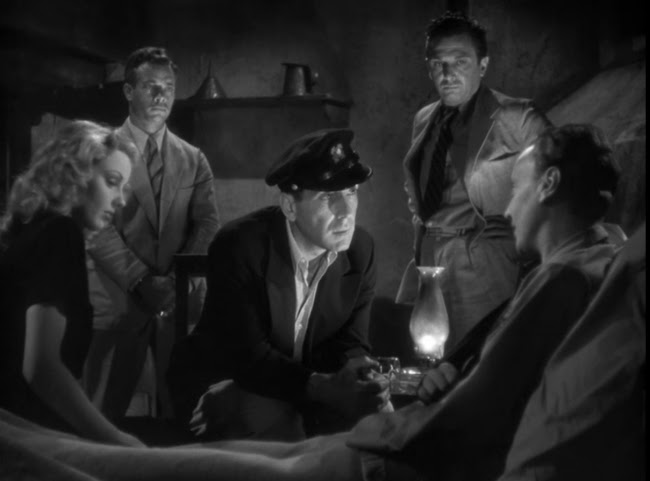 Posted by Setsuled at 10:34 PM
Email ThisBlogThis!Share to TwitterShare to FacebookShare to Pinterest
Labels: ernest hemingway, howard hawks, humphrey bogart, lauren bacall, movies, to have and have not