The Bad, the Ugly, and the Wholesome 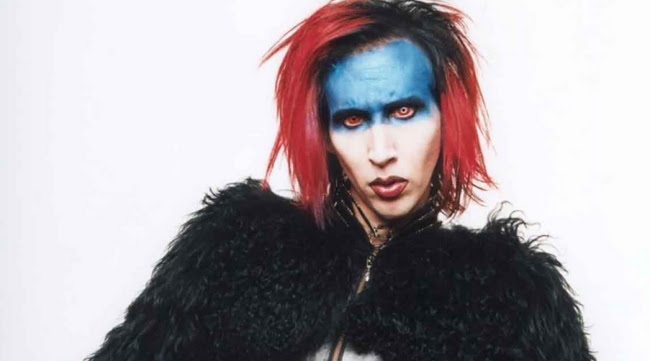 Since I was a senior in high school, I've tended to regard Marilyn Manson fans as kind of the Trekkies of Goth. In the sense that Star Trek was a more commodified, mainstream version of harder sci-fi by the likes of Isaac Azimov or Harlan Ellison. Now I look back and feel mildly amused that I spent any time thinking about what "Goth" really was. It hardly seems to matter when, like most art/subcultural movements, there are so many vague boundary lines. Now, for Goth, all categories seem to be watered down into a distant memory, something safe for the picture frame, to borrow a line from an old Tori Amos song from when she was dangerous.

Society is so over dangerous. This morning I read this article about Marilyn Manson and the death of the "bad boy". The irony this article succinctly describes had occurred to me, too:

20 years after religious groups picketed Manson’s concerts and blamed him for the corruption of America’s youth, one millennial woman has accomplished what a million pearl-clutching warnings from the likes of the Parents' Television Council could not. In the weeks after Wood leveled her accusations, Manson was dropped; first by his label, then his agent. The new Creepshow TV series, for which he had already filmed an appearance, announced that his segment would be scrapped. The denunciations from fans-no-more are still rolling in.

He's officially too creepy for Creepshow.

I certainly don't agree that the "bad boy" is dead, though. The purpose of the bad boy has changed. He's no longer the sexy Satanic sage, here to lead you on a path of delicious mayhem. He's the fresh faced, heartbroken, Korean popstar, who only needs your love to be redeemed from a life of delinquency. The point of the bad boy is not to be delivered of stifling convention, it's to present the story of a misfit being saved. If he can be saved, so can you.

Being accused of sexual abuse has made Marilyn Manson the most interesting he's been in decades. His shock cache seemed to dissolve at the end of the 90s as atheism became more mainstream. The new religious faith that has emerged in recent years is in the accuser. If Manson were a truly devoted performance artist--regardless of whether or not he's guilty--he'd lean into this now. He'd confirm everything Wood says and probably claim he'd done much, much worse. Maybe if he were a younger man, he would. But now he's the man who kicked long-time collaborator Twiggy Ramirez out of his band because of allegations early in the MeToo movement.*

What's really changed? It's the same reason Death Metal is popular in Scandinavia and chipper Bollywood musicals are popular in India--the more economically secure your country is, the more willing you are to indulge in dangerous thoughts. The things that get called transgressive now--like The Last Jedi--are done in the name of justice and wholesomeness and everyone's as eager to disassociate themselves from mayhem for mayhem's sake as James Gunn is eager to disassociate himself from ten year old jokes about paedophilia. It's not safe to be triggery--and the best defence is the preemptive denial in the form of strident denunciation.

I'd lost interest in Marilyn Manson by my senior year but I did like him before that, I had his first three albums. The shift in my interest arose not so much because of a change in my moral perspective but because I became more interested in more complex art--I realised Trent Reznor was the real genius at around the same time my interest in Star Trek was being supplanted by David Lynch and Akira Kurosawa. It's not the loss of brash contrarians that distresses me as much as the loss of intellectual, nuanced art, which tends to get tossed out at the same time. Moral contrariness is bad, but at least it's click bait--intelligence takes time to process and has a tendency to be disappeared entirely before the good people inadvertently like something that may be interpreted as unwholesome.