The Captain and the Silicon Lifeform 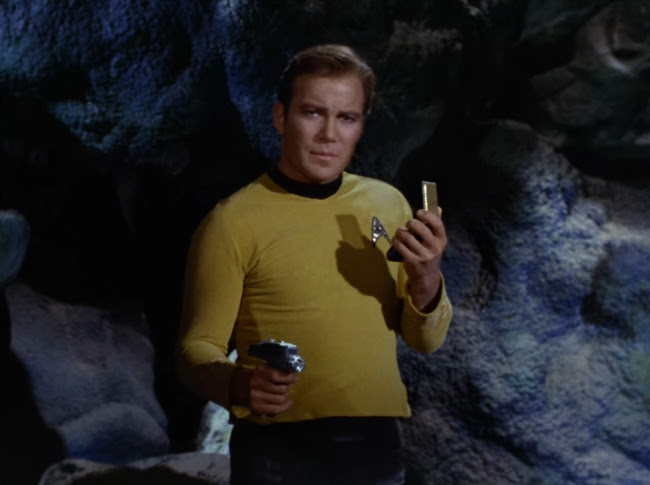 It was William Shatner's 90th birthday a few days ago and I saw various people online wishing him well. I decided to watch Shatner's favourite episode of Star Trek (according to his memoirs), the 1967 first season episode called "The Devil in the Dark". It is a good episode and dated in ways that make it a breath of fresh air to 2021 eyes.

Along with Princess Mononoke, "Devil in the Dark" is one of the few stories of human industry versus the environment I've come across that doesn't portray human industry as the embodiment of pure evil. We're introduced to the group of miners menaced by an alien threat before the opening theme. 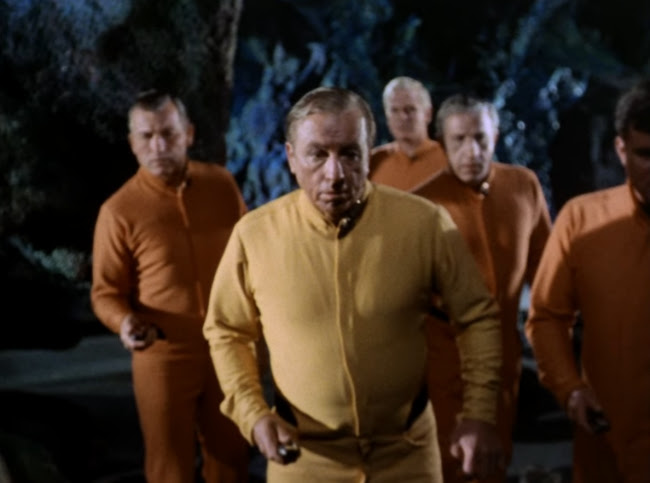 When was the last time you saw a group of guys like this in a movie or TV series? Nowadays, if a film or series absolutely must show a group of working class proles, they'll invariably be young and sleek. On Star Trek, podgy old guys were cast because that's what miners generally looked like in the '60s.

They're on a planet mining minerals desperately required for reactors by several nearby colonies. The mysterious monster also takes out the miners' reactor by making off with a crucial component--one too old for the Enterprise to be carrying a replacement for. Writers used to integrate a better sense of understanding of how things tend to work. Every piece of technology on this show is made up but there's a legitimacy to this chain of problems--a crucial mining operation that nonetheless relies on dated technology that the relief vessel can't provide maintenance for. Advancements that may be great in the long term, making things worse in the short term. 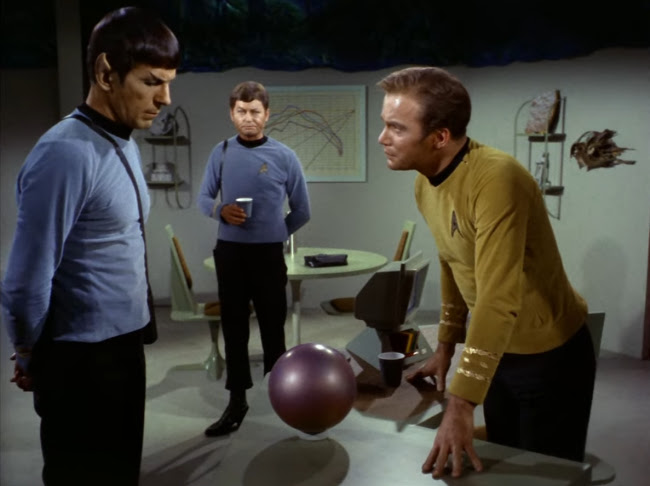 Spock (Leonard Nimoy) slowly starts to work out that there's more to the dangerous creature than it may seem. The peculiar silicon orbs it leaves around will obviously be eggs to most viewers but Spock is very cautious expressing this theory for 1960s audiences. Shatner, Nimoy, and DeForest Kelley are all good in their usual debate triumvirate. I particularly like the scene where Spock first mentions to Kirk that killing the last of a species may be a "crime against science." Kirk has a visible emotional reluctance to even contemplating the idea because he senses all the obstacles in the way of doing anything about it. Spock, meanwhile, doesn't actually need convincing the thing still needs to be killed and calmly only says that it's "a pity." After all this time, Spock is still one in a million. 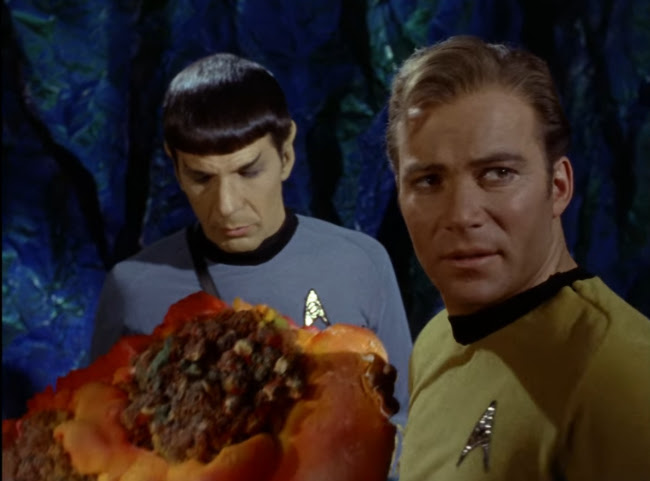 Star Trek is available on Amazon Prime and Netflix (in the U.S. and Japan).

I'm reminded that I began this year by watching Star Trek II, a film that seems an even more appropriate viewing for Shatner's birthday. May you continue to feel young, Captain.