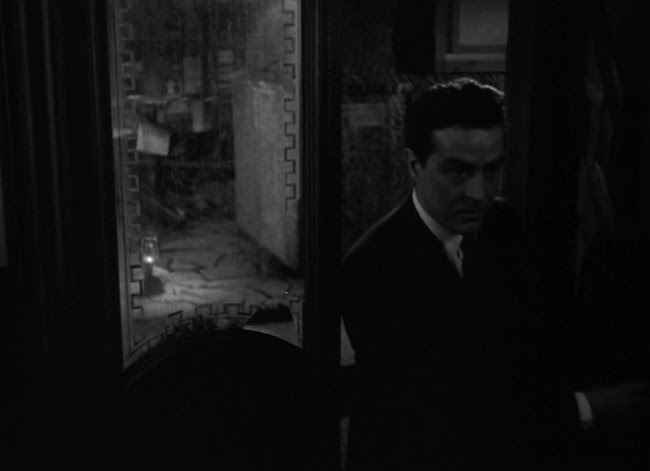 1944's Ministry of Fear has many of the hallmarks of a great Hitchcock movie--a man on the run from sinister forces as well as the police, a beautiful blonde woman, and brilliant suspense. But it's not a Hitchcock movie, it's a Fritz Lang movie and it bears many of the distinct qualities of that brilliant filmmaker, including a protagonist whose innocence or guilt is never totally clear.

Stephen Neale (Ray Milland) is released from an asylum where he was placed after being found guilty of murdering his wife. The first thing he does is wander into a charity event where children are playing and grownups are cheerfully socialising. He wins a cake by guessing its weight after a helpful clue from a fortune teller--but then Dan Duryea shows up looking sinister as usual and there just may be more to the cake than it seems. It may be part of a Nazi plot. 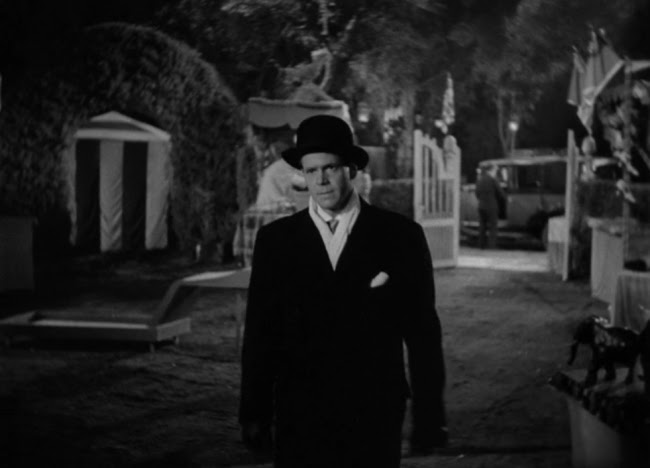 That sure is a lot to happen to a guy on his first day out of the asylum. But it doesn't end there. Neale gets on a train that's derailed by a Nazi bomb and he's briefly knocked out by a fellow passenger who'd been pretending to be blind. The "blind" man steals the cake, shooting at the pursuing Neale, before another bomb takes out the man and the cake, too. Naturally concerned for his own welfare, Neale absent-mindedly pockets the man's gun and goes the rest of the way to London. Get a load of that Expressionistic countryside. It's like a dark dream. 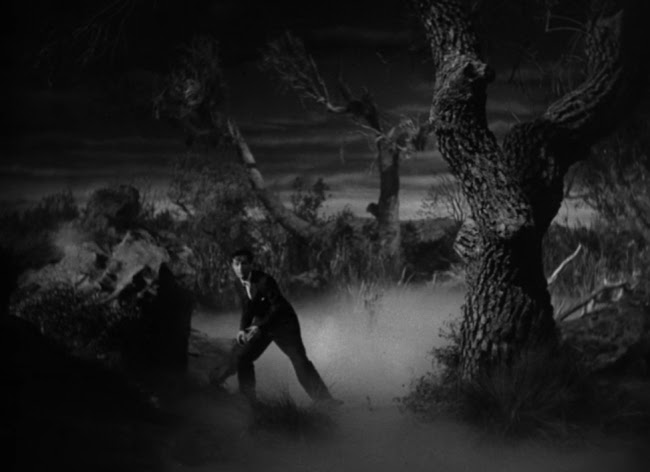 It all sounds crazy, it all looks like a dream. But is it? Lang never lets you off the hook too easily and I suspect his own experience fleeing Nazi Germany played into the story's ambiguous, weird dread. That may be what it's like when you become subject to an irrational but popular hatred arising all around you (it possessed Lang's own wife, after all). One doesn't like to see one's society as irrational so one might well try to rationalise things on society's behalf. Which could make the world itself seem crazy indeed. 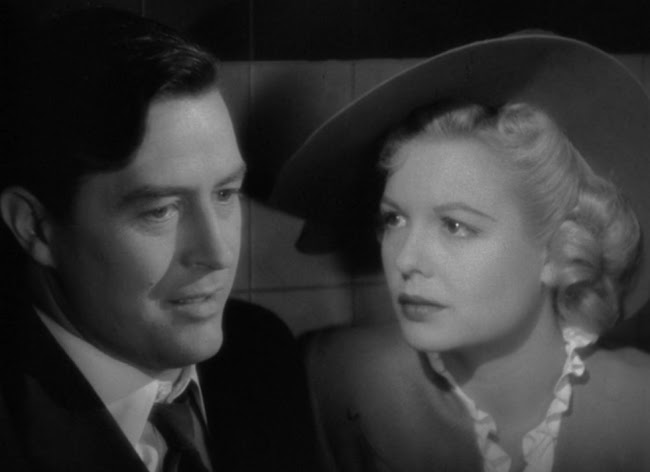 He wanders into another seance. He meets the weirdly cheerful brother and sister heads of the charity, the latter of whom is the beautiful blonde, Carla (Marjorie Reynolds), who starts to fall for Neale and says so in the one scene that breaks from Neale's point of view. But it does nothing to solidify the impressions of reality, it only makes Neale's accounting of his own actions less certain. Does Carla love him because she's a good judge of character, or is she taken in by his own madness?

Ray Milland as Neale walks that line brilliantly, being charismatic but also like he's on the verge of cracking. You're afraid for him in more ways than one.