Teens Graduate and Go to the Mall 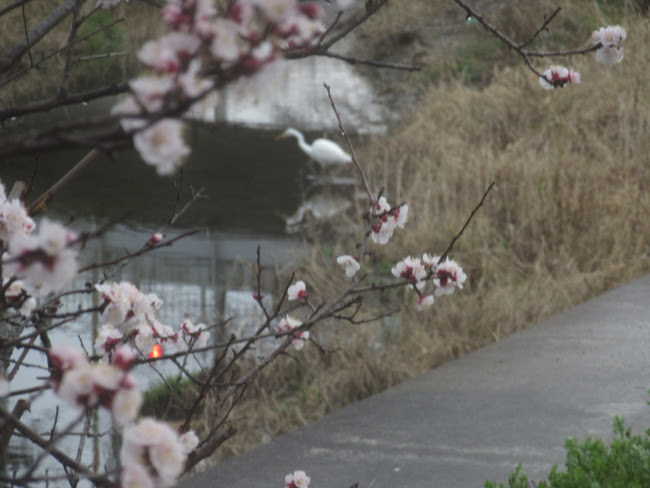 I'm seeing more and more signs of spring around here. A really big sign was the graduation ceremony I went to to-day for one of the junior high schools I've worked at. I watched third year students I'd gotten to know over the past year file into the gym, sit down, and each be called by name. Parents and teachers were there, it was beautiful. I can't believe I won't see these kids around school anymore. I hope I see some of them around town.

Junior high school in Japan is three years, for students from 13 to 15, and then high school (which isn't compulsory in Japan) is three years. So working at a junior high school really feels like the bridge between worlds--the first year students are like little kids and the third years already seem like young adults. Normally first and second year students attend the ceremony, too, but, due to the Corona virus, couldn't this year. And everyone wore masks, of course.

I live in Nara prefecture which hasn't been in a state of emergency since early last year. I haven't even heard anything about getting vaccines around here. The mall's not even closed.

How are malls in America doing? I watched this new Billie Eilish video this morning in which she's wandering around the empty Glendale Galleria.

Looks like it was shot after hours but the shops had food ready for her. Chipotle had takeout ready to go for her, making me think the video's not so off-the-cuff as it looks. Though maybe having takeout bags ready is just normal during the pandemic now? Anyway, I like the energy of the video. It's a decent song, though I'm not a fan of Eilish's outfits. But I gather I'm kind of not supposed to be. Now that's punk.

Over 140 million views on a video of a girl wandering around the mall, shot on an iPhone. Hopefully this does something to reinvigorate malls in the US.

Our smokey thoughts return to reddened trees.
For after blunted dreams we rolled a die.
However ants would fain disparage bees.
They dwell below the same collector's sky.
Guitars are stacked beside the burning grill.
A burger brain is writing songs of meat.
The story turns against the cheapest bill.
Expensive butts contend to take a seat.
For eyes, the dripping glass supplied the flame.
Electric dances charged the floor for gas.
Remember tiles swapped a shingle's name.
The sunny train redeems a drunken lass.
The crooked flower watched parading shoes.
A silver letter brings the gilded blues.