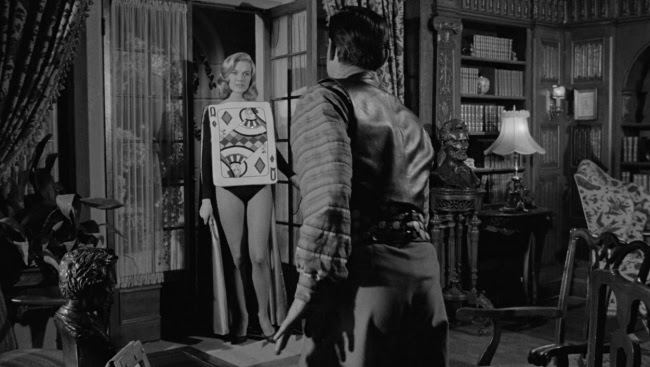 1962's The Manchurian Candidate is a film about brainwashing, in the old fashioned, sci-fi sense, but also, more fundamentally about the real world equivalent of brainwashing. That's the truly brilliant thing about it, the way it so skillfully weaves a sense of untrustworthy reality.

The film begins with a group of American soldiers in Korea in 1952. They come home and one of them, Raymond (Laurence Harvey), wins the Medal of Honour. The group's leader, Major Bennett Marco (Frank Sinatra), meanwhile, starts to have terrible nightmares about a boring lecture on hydrangeas randomly changing into a brainwashing demonstration for a group of high level Soviet and Chinese officials. 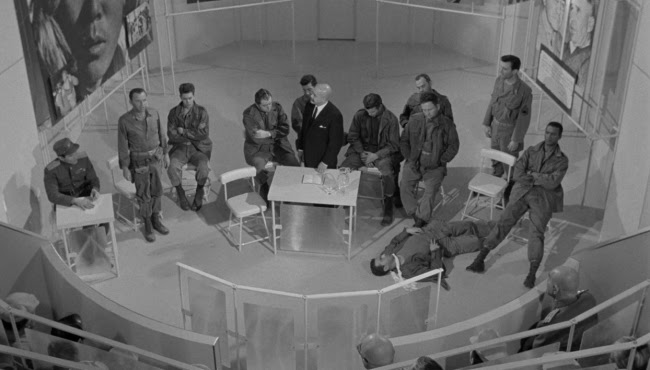 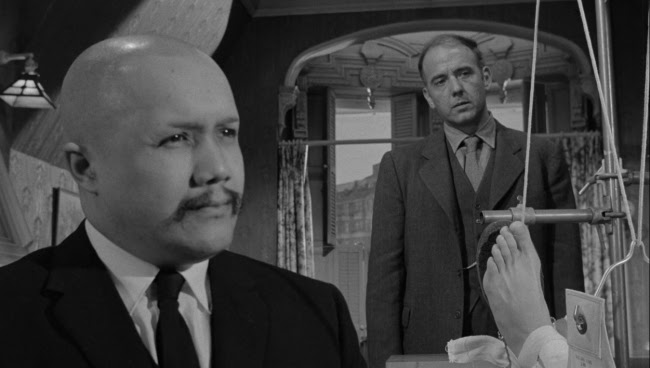 And this blends nicely with the rest of the film which is peppered with small, linguistic pieces of destabilisation, making it all seem so horribly credible. Raymond's stepfather is a Joseph McCarthy-ish senator who, when asked multiple times, gives out different numbers of the "card-carrying Communists" he knows to be embedded in congress. His familiar political vehemence comes with an equally familiar, shameless obfuscation. But there's even subtler instances of confusion. 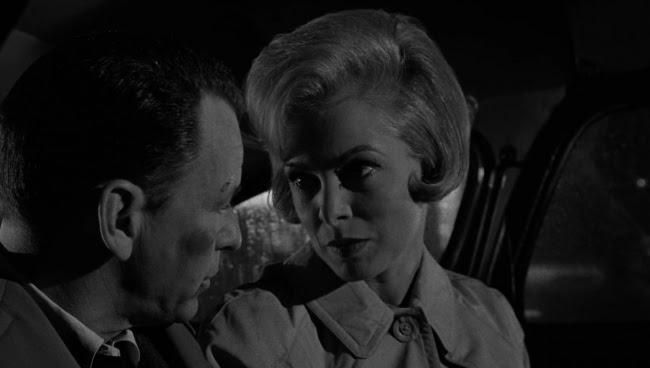 I love the meet-cute on the train between Frank Sinatra and Janet Leigh though I imagine a lot of people might see the scene and whole subplot as superfluous. But in addition to their flirtation having the great, multilayered sexiness of that cinematic era's high-brow flirtations, it also fits in with the abundant examples of life's strange coincidences and inconsistencies. She jokes about being a Chinese railroad worker and her name happens to be inexplicably French sounding, Eugenie. That's what she tells him her name is but later admits her friends usually call her by her middle name, Rose. She says Eugenie sounds vulnerable and when asked why she'd given him that name she confesses maybe she felt vulnerable. That's flirtatious but it also feeds back to the film's general sense of vulnerability about one's own unstable identity--because, of course, if we can't correctly perceive the world, we can't correctly perceive the meaning of our own actions in it, and so we can't correctly perceive ourselves, insofar as our actions define who we are. 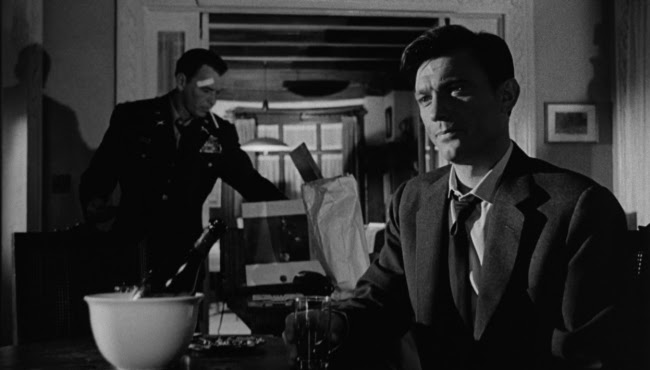 It's Laurence Harvey's character who really has this problem. The same kind of moody performance he gave in Room at the Top as an "angry young man" translates perfectly here into a man whose whole reality conspires against him. Angela Lansbury (who manages a better American accent than he does) deservedly won Best Supporting Actress for her role as his domineering, manipulative mother who also happens to be mixed up with the domineering, manipulative political forces. It sounds crazy and logical at the same time which makes it perfect. 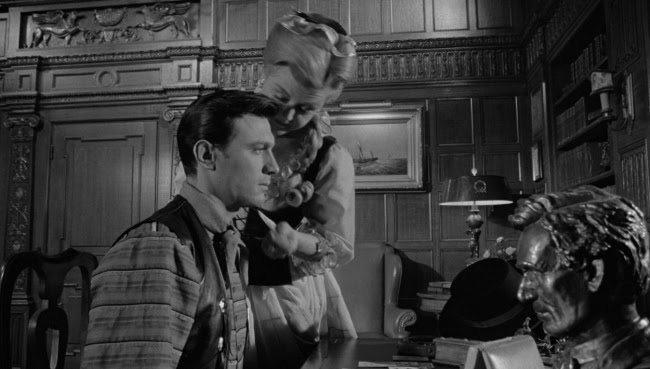 Altogether, the film is pretty grim, not the least because of how clearly insightful it is.

The Manchurian Candidate is available on The Criterion Channel until March 31.