The Detective, the Dog, and the Robot 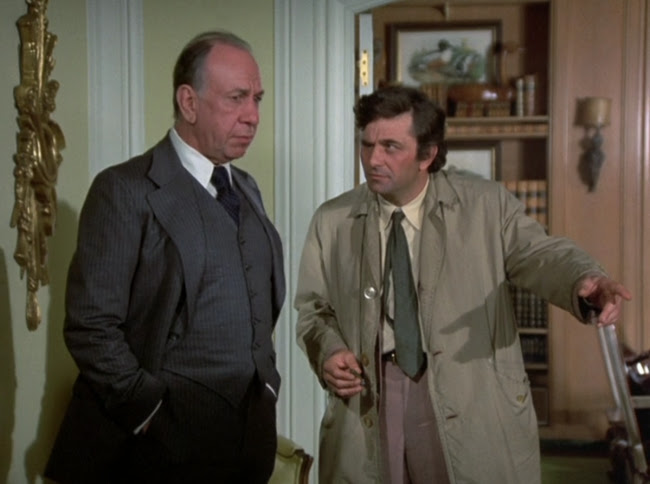 I was excited when I learned "Mind Over Mayhem", a 1974 episode of Columbo, featured Jose Ferrer as the killer. I hoped this would be one of the more serious, dramatic episodes that would make good use of the legendary actor. 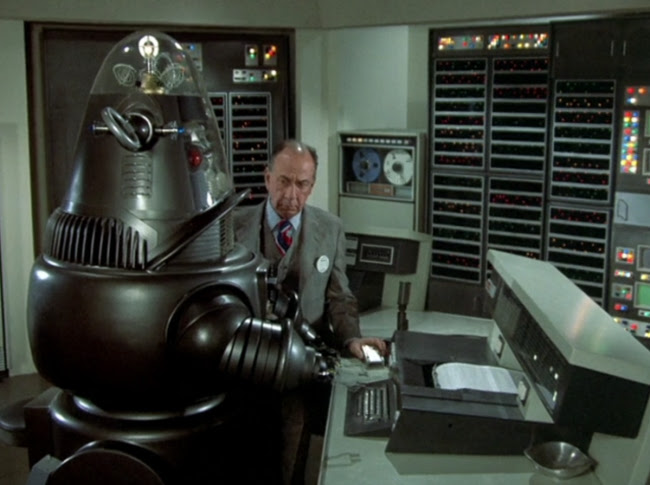 Or, well, have him use Robbie the Robot in the murder. I guess that works, too. Ferrer really isn't challenged as a performer here but he always comes up with effective ways to deliver lines about how he doesn't know how his colleague's body got moved from the driveway to his living room, or how the burglars recognised the heroin they stole when it was labelled only with the chemical formula. 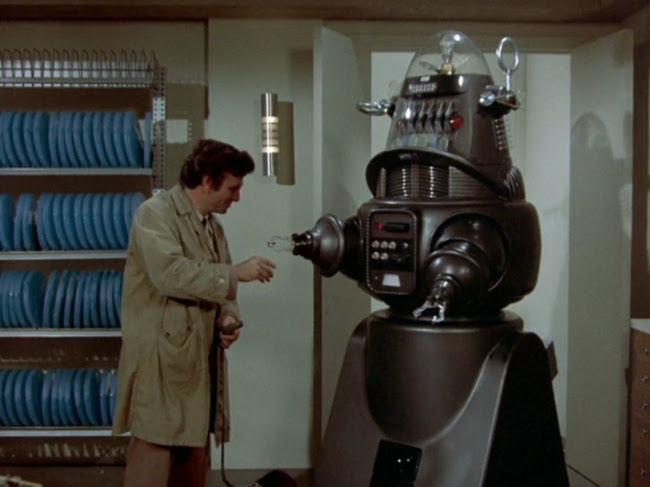 Ferrer is in charge of a think tank that runs sophisticated war games with cutting edge 1970s technology, which naturally also includes the robot from Forbidden Planet. The episode also features a kid genius named "Spelberg" (apparently an homage to Steven) and Columbo's dog. It's that kind of story. It's fun.

Columbo is available on Amazon Prime with commercials.

Posted by Setsuled at 1:15 AM
Email ThisBlogThis!Share to TwitterShare to FacebookShare to Pinterest
Labels: columbo, jose ferrer, television, tv show