Someone just called me looking for "Cowboy." Not a cowboy, just Cowboy. I assumed it was a wrong number.

I saw all the regular birds on my walk to lunch to-day--the egret, the hawk, and the duck gang. I didn't manage to get a good photo of the hawk this time, unfortunately, though I was very close to it as I accidentally flushed it out of some dead shrubs while I was blundering through one of the skinny horse trails. 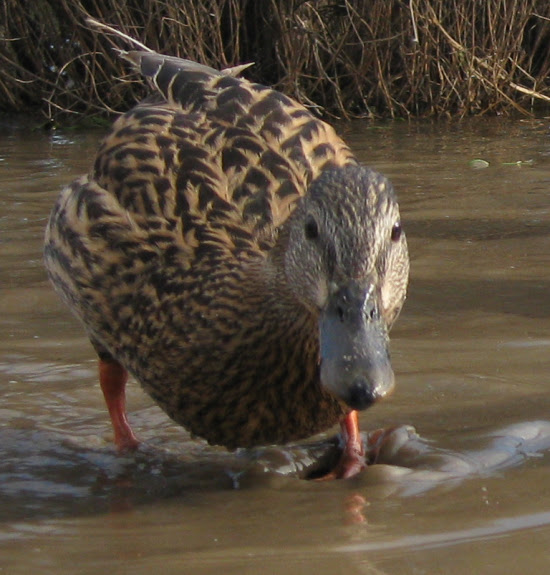 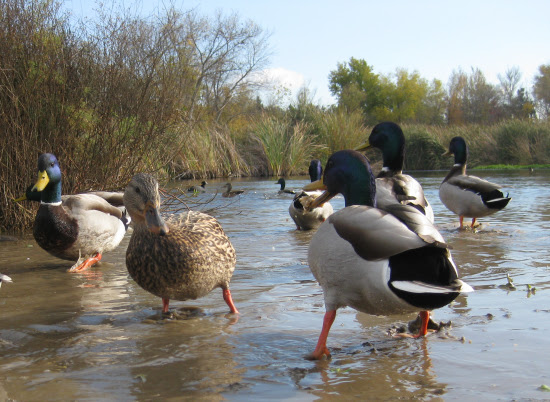 Duck fight! These ducks really seem to like all the shallow, muddy water around lately. 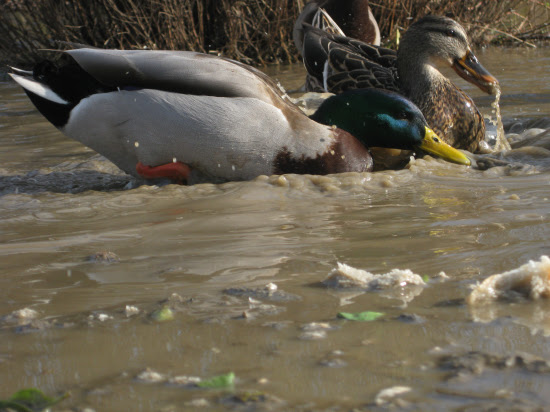 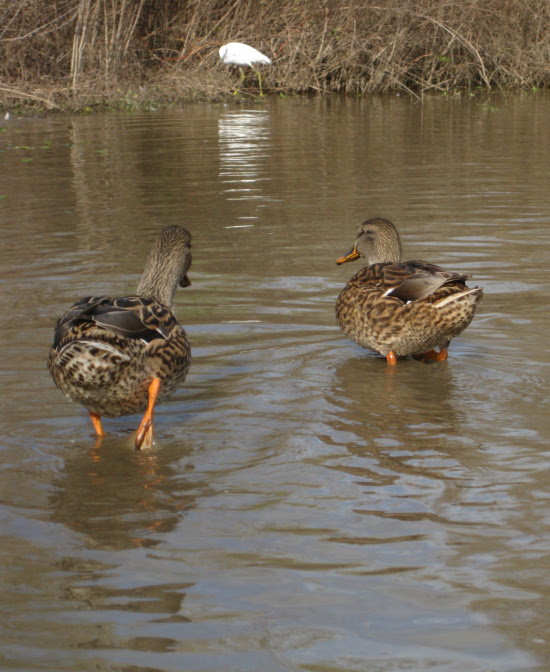 The egret showed up while I was feeding the ducks. I threw some bread bits at the egret, but it only seemed offended by the idea. 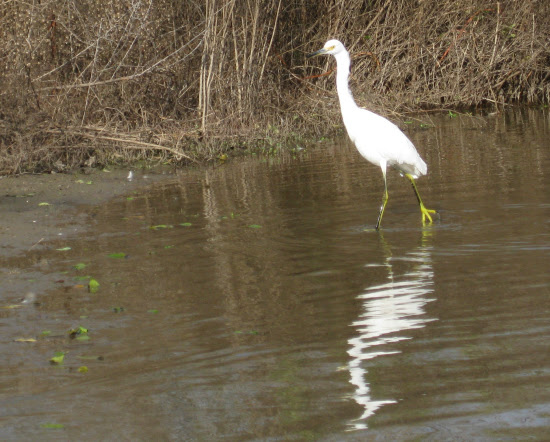 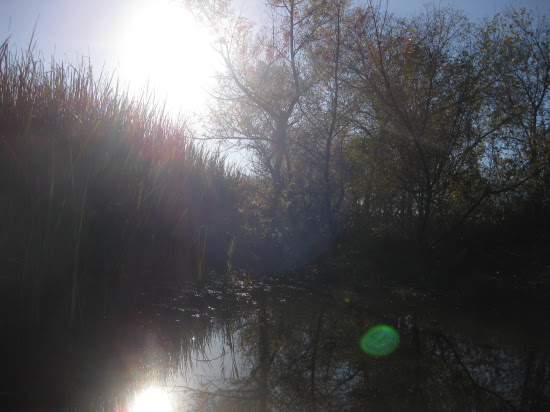 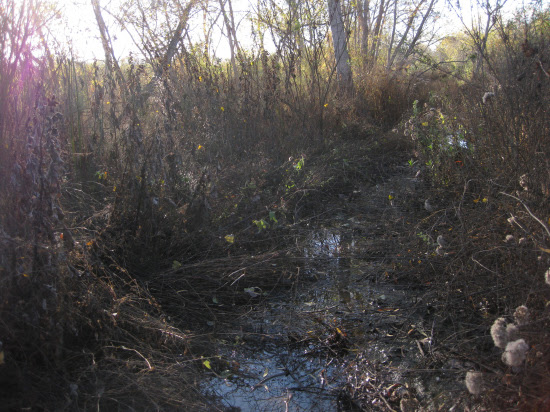 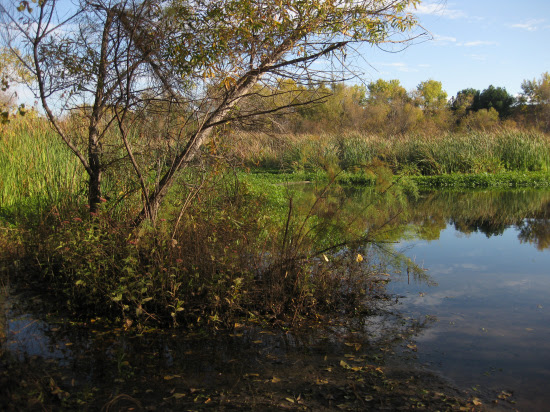 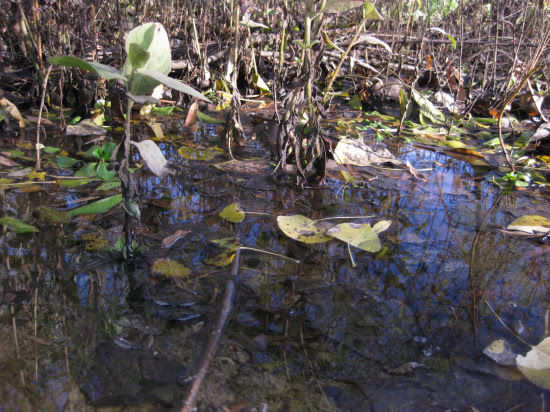 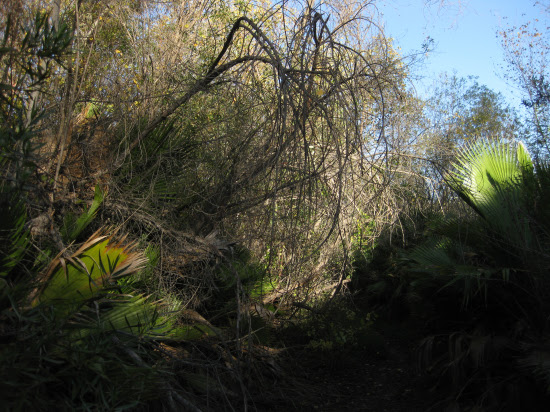 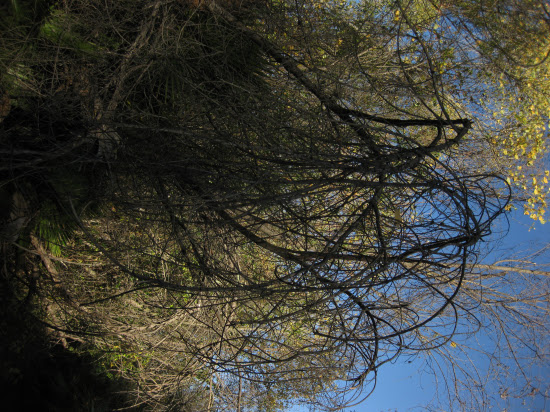 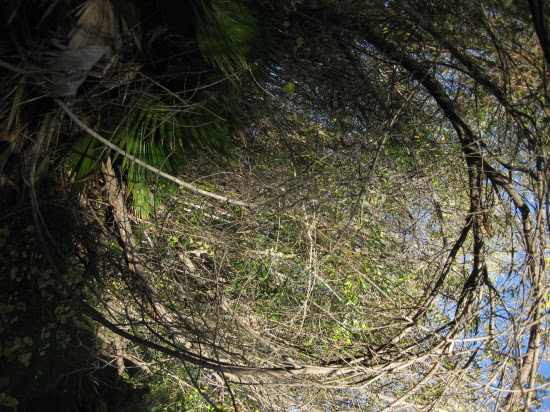 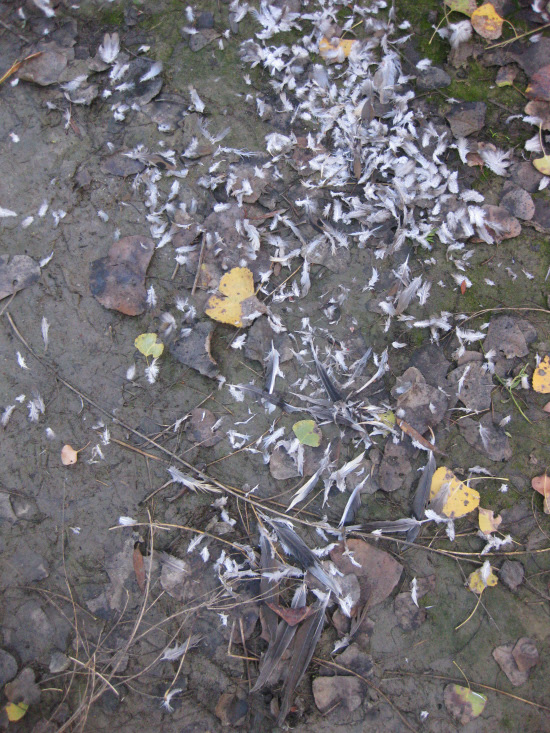 Some bird met a nasty fate here. I didn't see a scrap of meat or bone anywhere, though. 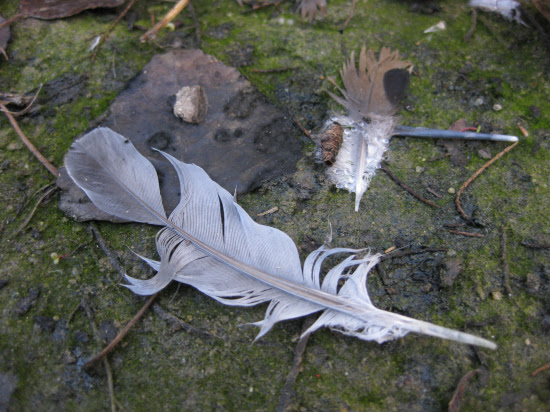 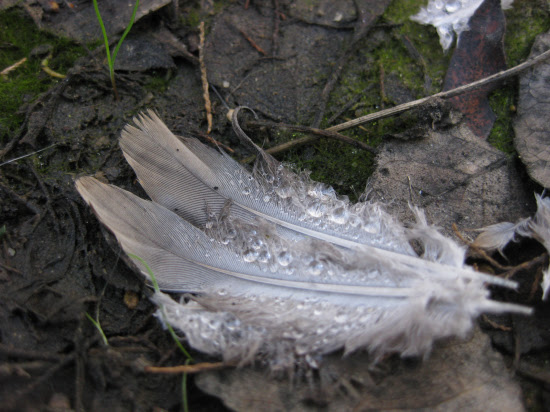 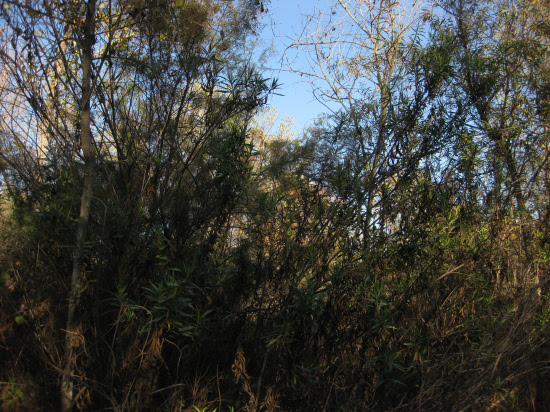 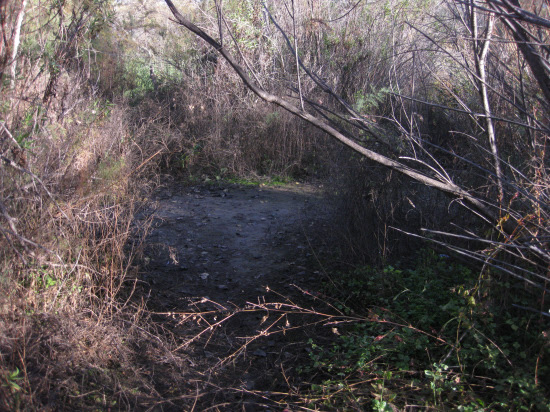 I came out of one of the little paths to see the egret flying rather majestically across my field of vision. 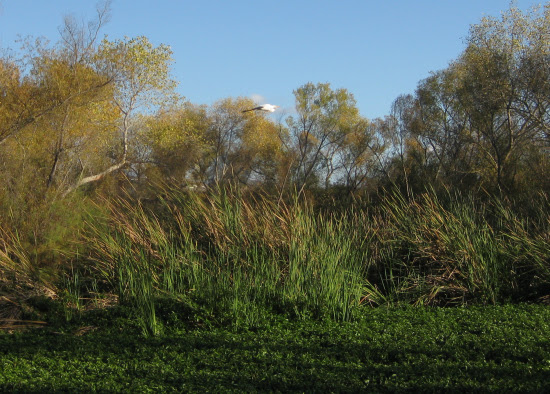 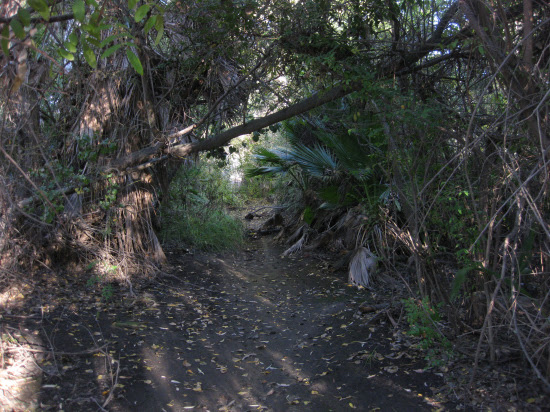 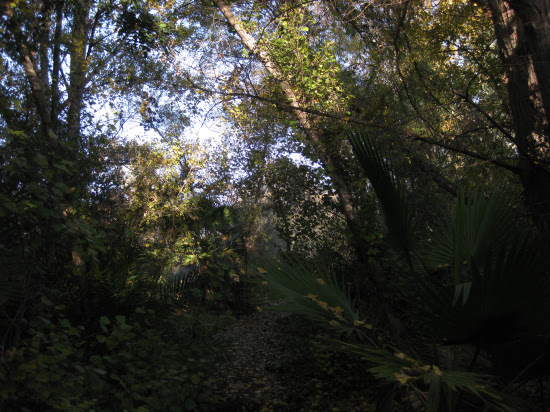 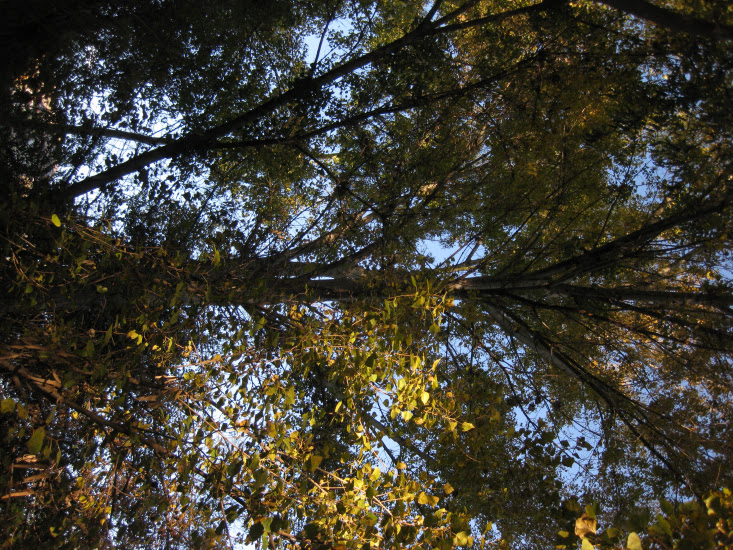 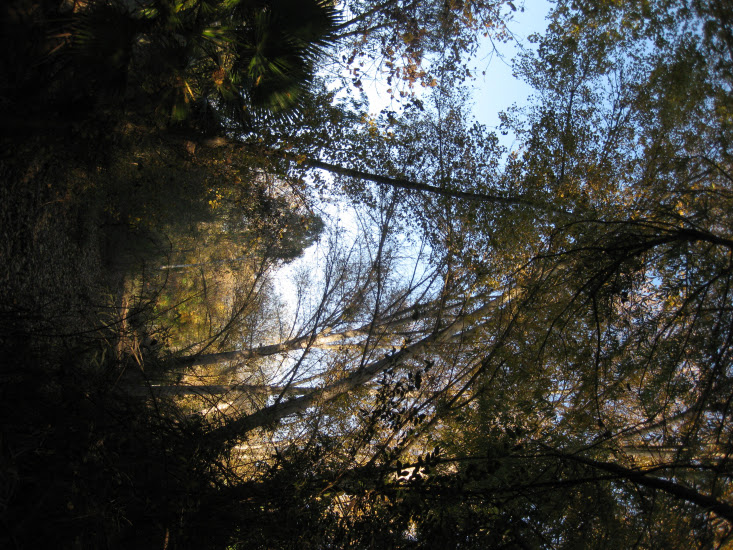 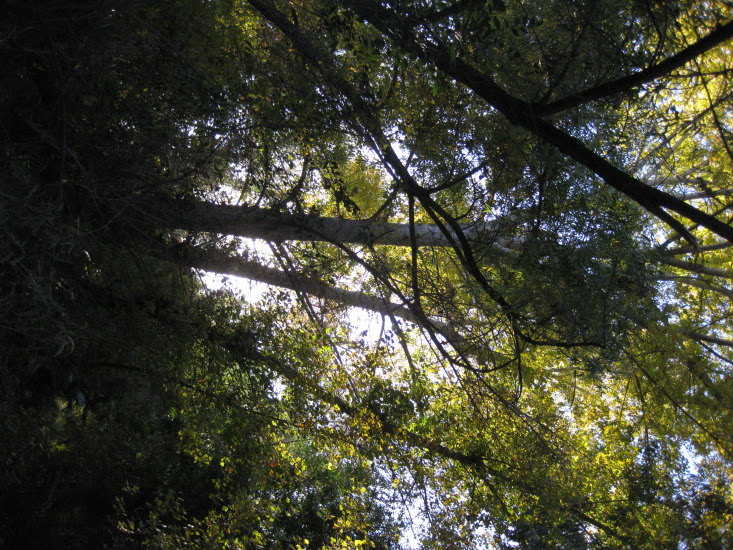 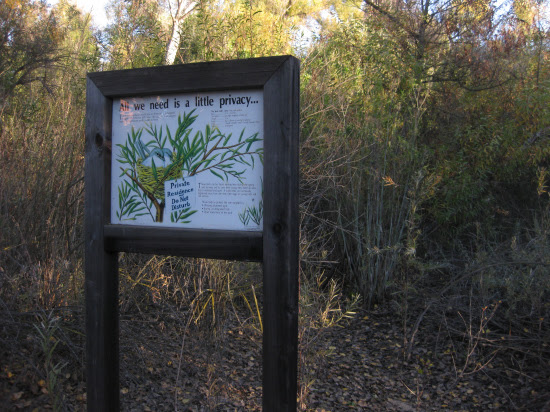 I wasn't able to go any further when I came across a chain link fence and a bunch of these signs everywhere. Apparently it's a nesting ground for the endangered Least Bell's Vireo. I've actually seen about a thousand of them, kind of infesting a couple dry shrubs closer to where I live. I've never gotten a good picture of them because they're tiny and hyperactive, but they make quite a racket.

I watched the new Panty and Stocking with Garterbelt with breakfast to-day, a really good one for Stocking. I wasn't too surprised to see she knew just how to handle a giant octopus ghost.