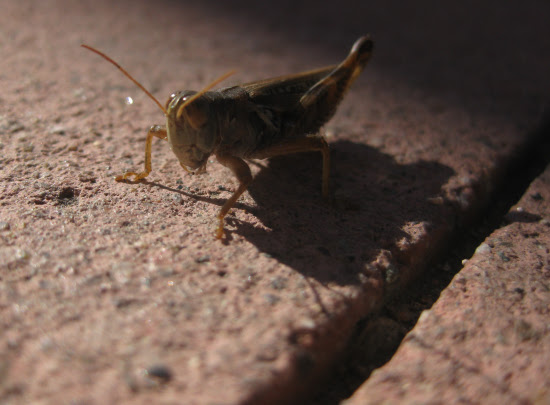 A little grasshopper I saw to-day. 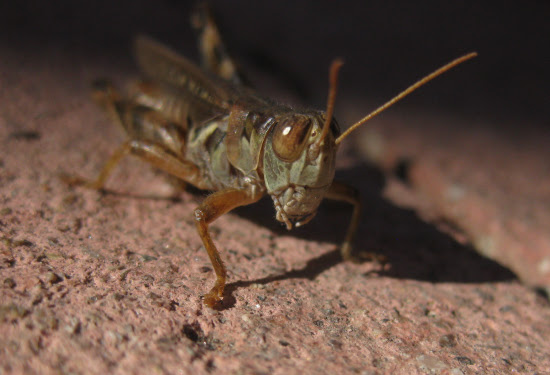 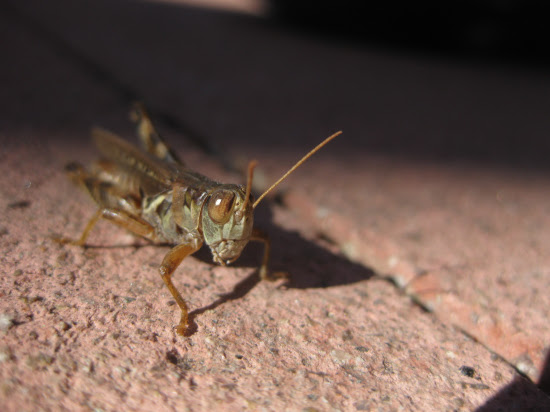 So I saw a doctor to-day, and he thinks what I'm experiencing is due to anxiety. Which I found to be a huge relief, ironically enough. My blood pressure was good (which always surprises me somehow) and he told me a sharp pain in exactly the same spot on the chest is rarely an indicator of heart problems. Also the fact that when he pressed the spot, the pain didn't come back and the fact that I'd started grinding my teeth in my sleep before the chest pains started indicated anxiety. Now, this is pretty much what I thought the situation was, based on what I'd read online, from which I learned a number of the same things my doctor told me along with a few other things, like the fact that exercise seems to make me feel better rather than worse makes a heart problem unlikely. So on the one hand, I feel like I'm not crazy for clearly identifying the problem this time, and on the other hand I feel like I'm crazy because my mind is having such a powerful effect on my body. It's pretty annoying.

I'll probably wait a while before drinking alcohol again, though. Though I hadn't been drinking much lately anyway, for some reason I hadn't really been in the mood.

I went to vote after leaving the doctor. I had to go to some little garage of a private residence in a part of the neighbourhood I'd never been to. It's weird how just a few blocks away can feel like another city. I didn't take an "I voted!" sticker when I was done, which seemed to inspire quiet and genuine shock from two of the poll workers.

I almost said "pole workers." If only.

I voted for a bunch of Democratic candidates, including Gavin Newsom for Lieutenant Governor, who you might remember as the mayor who was able to briefly legalise gay marriage in San Francisco. It's always nice to see a candidate I feel like I have genuine reason to like. I also voted to legalise pot. I guess that could be a solution for my anxiety.

Posted by Setsuled at 4:36 PM
Email ThisBlogThis!Share to TwitterShare to FacebookShare to Pinterest