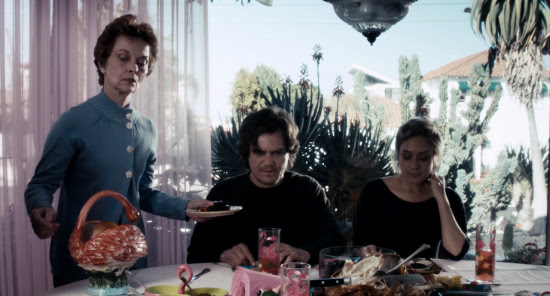 I finally had a chance to watch My Son, My Son, What Have Ye Done? last night, the Werner Herzog film from last year produced by David Lynch. That's two of the best, most fascinating film directors working to-day, and the idea of them teaming up was enough to make me want to see the movie. The fact that it was shot and set in San Diego, the city where I live, made me want to see it even more--I'm not sure why, exactly. Maybe it's just a simple idea of the story already taking on an automatic relevance to me. Good stories communicate with people regardless of setting, but there's something about the, "This happened right over there," aspect that already gives the movie an immediate impact.

In fact, the primary shooting location was easy to find on Google maps thanks to street signs visible in the blu-ray edition. Street view shows a woman, presumably a resident of the house, visible walking her dog. 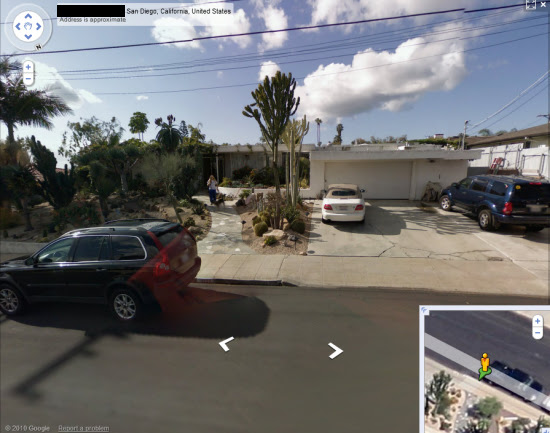 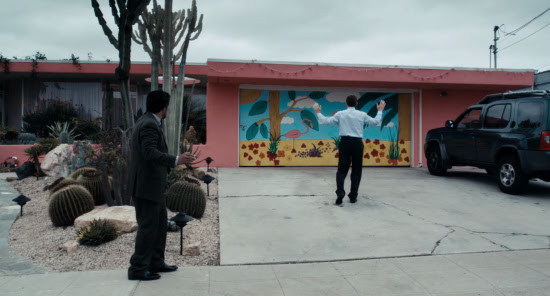 I'd be a little concerned if I were her. The movie's based on the true story of Mark Yavorsky, who killed his mother with a sword, only a few blocks from where the movie was shot. Yavorsky now lives in Riverside, which is only a few miles away--he didn't get hard prison time as a court found him to be insane.

Herzog has said the details in the film are about 70% made up--such as the fact that the man's name is changed from Mark Yavorsky to Brad McCullum. Herzog apparently said that he preferred to concentrate on the character of Yavorsky's madness, and he succeeds in creating an amazing portrait of a man fundamentally possessed by a narcissistic and delusional perception of reality. In one of the most signifying moments, during a flashback to his trip to Peru, where his correct prediction that his friends would die in a rafting excursion would serve to buttress his delusional personality, he responds to a friend's question by explaining he's, "looking at the river." Though he's plainly seen facing away from it. 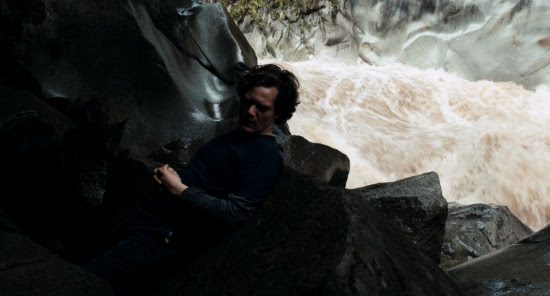 One of the things the San Diego setting caused me to do was listen carefully to the characters and ask myself, "Do I know people who talk like this?" Generally, the answer was, "No." Willem Defoe as the police detective in charge of the dragnet surrounding Brad's house after the murder, seems like he would have been at home in the Twin Peaks universe. There's just something slightly odd about the earnest but stiff courtesy with which he offers coffee to Udo Kier and Cloe Sevigny. There's even a slightly Lynchian quality to Defoe's partner, who continually has ideas like poisoning the pizza Brad orders that Defoe patiently vetoes, explaining that the young detective watches too much television. I had the impression this younger cop character may have been created to convey how Brad's madness may not have been totally alien. 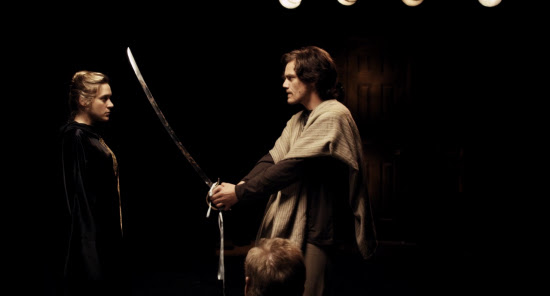 Brad seems in fact a victim of his own personality--as in one scene he plaintively asks, "Why is the whole world staring at me?" He seems to be running on his own programme and often seems angry when people around him don't seem to be going along. During a rehearsal for The Eumenides, for which Brad is cast in the lead, we see his director, Udo Kier, having to exasperatingly chastise him again for making up his own lines. Brad then indulgently explains how he learned the importance of improvising when he played basketball--again and again in the film we see Brad can only be persuaded by his own logic. And Brad's logic is always based on the idea that he's at the centre of the universe. 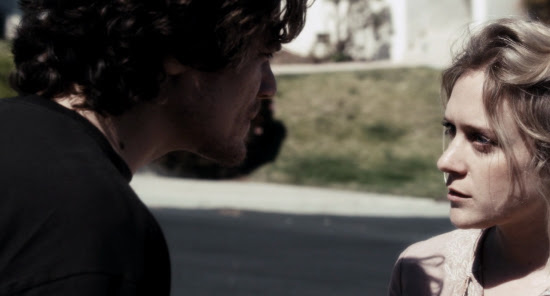 More than once I found myself thinking, "This guy's just an asshole." Perhaps it's a mark of Herzog's genius that I'm not completely put off by the story. Ernst Reijseger's score was a big help--its mildly sad, strange strings and vocals continue through action and jump cuts almost oblivious to what's happening on screen, but seems tied to the relentless dream state of Brad's consciousness. And at times Brad's madness is simply very funny, as when he randomly gives away his duffel bag at the park out of some kind of inspiration of Christ-like benevolence. Meanwhile the man receiving the duffel bag doesn't actually want a big sack of Brad's stuff. 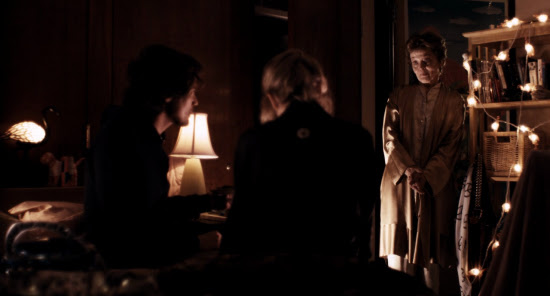 It's a good film. A lot of great performances--I particularly liked Grace Zabriskie as Brad's mother, who's the right amount of annoying to make Brad's devotion to her seem like real disconnect. Cloe Sevigny is good as Brad's girlfriend, though I was very curious why she was with Brad as she seemed continually frightened or irritated by everything Brad did.

Brad Dourif has a small role as Brad McCullum's uncle, an ostrich farmer, and one of his scenes with McCullum ends as a couple others do, with the actors standing still and staring at the camera, emphasising the artificial nature of reality for Brad. 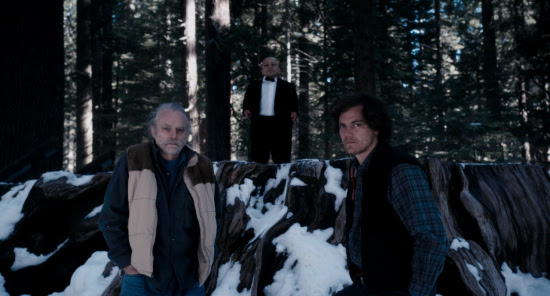