How to Keep Losing

I lost six games of chess in a row yesterday. I normally limit myself to three games of chess at a time, but I lost the first three so quickly I couldn't help wanting to play more--and the more I lost, the more frustrated I got, and the more I wanted to play. It was made worse when the guy I lost the first three games to started trying to tell me about how I needed to learn the basic "rules" and how to "develop," plan, and calculate. I told him I knew about all that, that I simply repeatedly made the wrong plans and calculations. I know winning all those games must have made him feel grand, and was probably why it couldn't possibly have occurred to him that he was wrong, or that what I was saying was borne of being anything but a sore loser. That's the worst part of being angry or on otherwise lower ground--the time when you most need your opinion or feelings respected is the time you're least likely to get that respect. The last thing I needed was a guy to slowly go over how I should've seen how his knight was going to fork certain pieces while I was busy worrying about what his bishop was doing. There comes a point where, regardless of knowledge, one person's simply not playing as well as the other. That's life, isn't it? 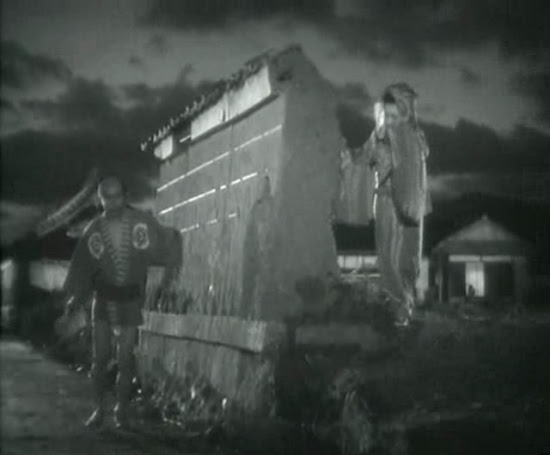 Last night I watched Saikaku Inchidai Onna, or The Life of Oharu, Kenji Mizoguchi's 1952 film about an extremely unlucky woman, whose unlucky life is used to illustrate social mechanisms that repressed women in Japan, which the film has in common with most of Mizoguchi's films, like Sisters of the Gion or Street of Shame. The Life of Oharu is distinguished by being focused entirely on one woman, though, at the same time, I never felt her character was particularly well established. She seems haughty when initially rejecting the advances of Toshiro Mifune, who has a brief role as the one love of her life at the beginning of the movie. 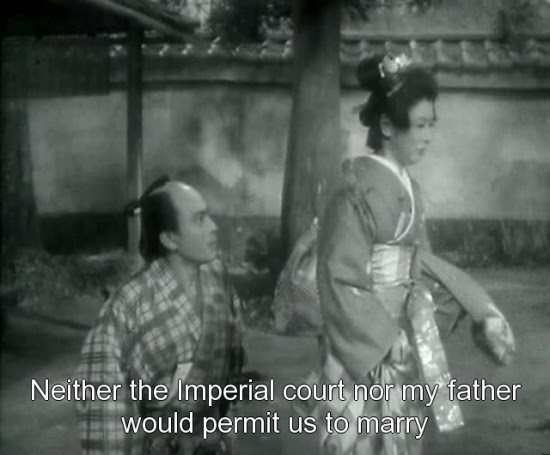 But most of the film she seems to be trying to politely remove herself from the presence of men clutching at her kimono as they attempt have sex with her, marry her, carry her off to a life of prostitution, or, finally, to hold her up as an example of a life ruined by living sinfully. Oharu has one or two moments of assertiveness, my favourite being when she teaches a cat to steal a wig from a sleeping woman, but each of these brief incidents are following by the world slapping her down even harder. 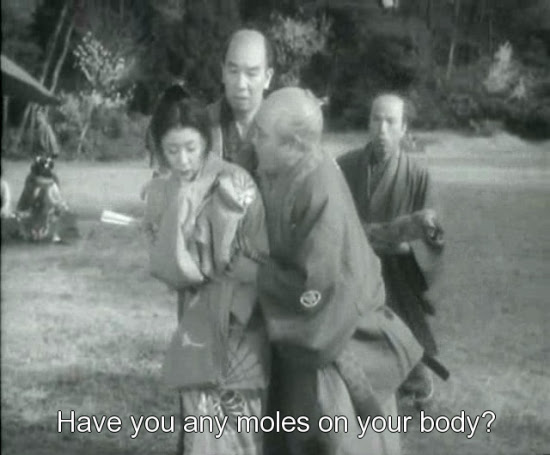 The movie stars Kinuyo Tanaka, who appeared in fifteen of Kenji Mizoguchi's films. Typically she spends most of her time in Mizoguchi's films being humiliated, which has caused me to wonder if there was something fetishistic about it for Mizoguchi, like Hitchcock with blondes, which might make sense of the fact that Mizoguchi opposed Tanaka's career as a director.

Like all of Mizoguchi's films, Life of Oharu is extraordinarily nice looking. 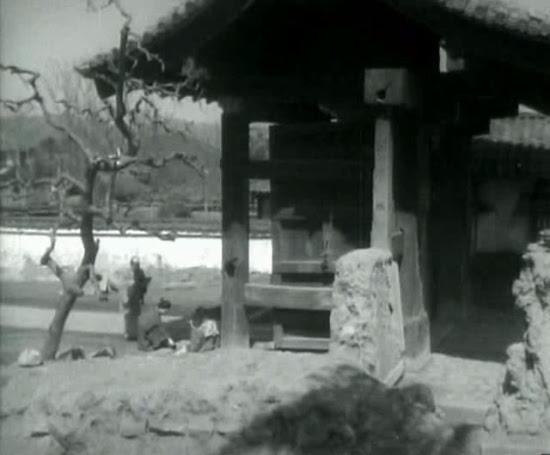 Posted by Setsuled at 2:32 PM
Email ThisBlogThis!Share to TwitterShare to FacebookShare to Pinterest