Here's a picture I took to-day of what appears to be a kidney or some other internal human organ growing in a tree; 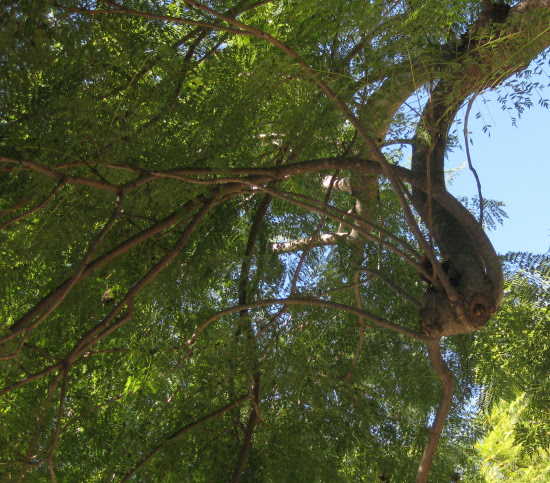 That was at Grossmont Community College, where I went to-day to make an appointment to see a counsellor. It's the same college I've been going to off and on for the past thirteen or so years, the last time was two and a half years ago for a British Literature class. They've added a bunch of buildings since then, and the place felt a little different. The students felt different somehow, too, though there was nothing unusual for Southern California about most of the people bundled up in sweaters and scarves for a 70°, cloudless day. I overheard three clear conversations as I was walking through campus; a couple women by the drama building discussing the relevance of Tragedy in modern life, two girls by the science building deciding whether to get an abortion or give a kid up for adoption, and a couple guys smoking in the parking lot, one of whom was complaining about how he didn't want to go to rehab because he didn't want his parents to find out.

Doesn't anyone talk about video games and pogs anymore? I guess I felt a little old. Though I did see one student older than me, a stocky white woman in a Pepto-Bismol pink turtleneck cable knit sweater and pyjama pants with a big curly grey Tom Baker afro. So I guess there's no reason I should feel out of place.

Here's to-day's daddy-long-legs in my bathroom; 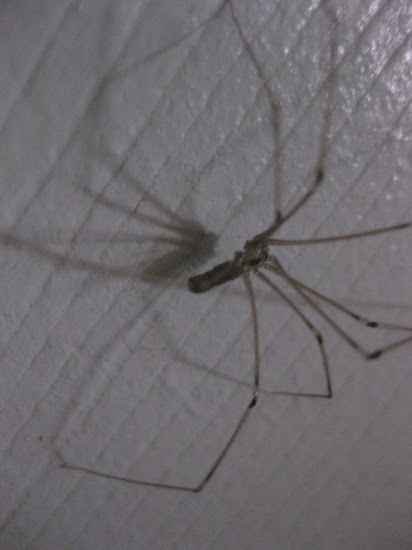 I ate at Pokez downtown yesterday and someone got the juke box to play The Smiths' "What Difference Does It Make?" followed by David Bowie's "Jon, I'm Only Dancing" and Morrissey's "The More You Ignore Me the Closer I Get." I looked around to see if I had a stalker there, but if I did, they remained cloaked.

On the way home I saw another car accident where someone pulling out of a parking lot had slammed into the side of another car. Looked like that latter car was hit right in the driver's seat, too. People just seem less and less able to cope with intersections--I think we're just a couple years away from being like India.