Forceps Giveth But Mostly Taketh Away

I was looking forward to having my wisdom teeth pulled and I wasn't disappointed. Though I have swallowed a lot of blood to-day.

The surgeon and nurse kept telling me what a good patient I was being, but I'm usually told that during these things. I wonder if a dentist has have ever said to his patient, "We're almost done here, but I gotta tell ya, your conduct has just been lousy. I mean really, I don't usually say this, but what an obnoxious jerk of a patient you've been."

I had my last hard food I'm going to have for a while before the appointment while watching the last episode of "The Brain of Morbius" Doctor Who serial. The Wikipedia entry says the serial was partly influenced by Frankenstein. 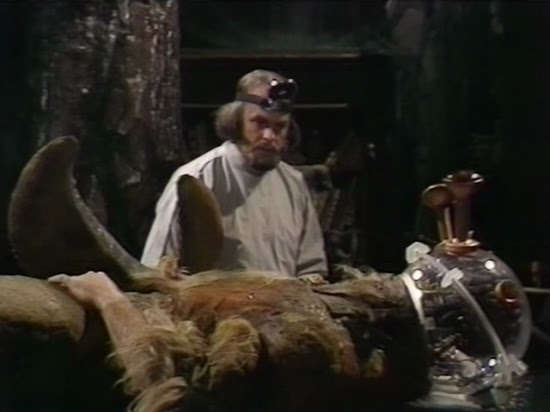 I'd have never guessed.

This serial featured a lot of "what the fuck" moments, unfortunately less to do with the fantastic patchwork monster with the translucent head casing, and more to do with the Doctor and Sarah continually trusting people who were trying to kill them moments earlier. Ultimately, this is made up for by the great animated corpse story and what I saw as an interesting comment for the nature of sexual politics. 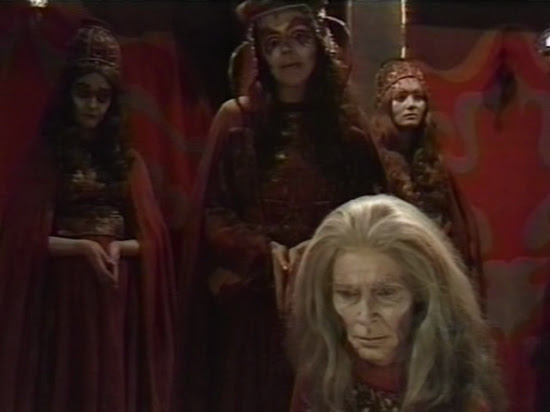 I'm not sure it was intentional or not, and maybe any story that features an entirely female cult is inevitably going to be about the relationships between men and women on a broad, cultural level. But it seemed interesting that the Doctor, Solon, Morbius, and the Igor knock-off were part of a male, scientific and visceral group in opposition to the ritualistic, mystic and ornamental female group. The need for the Doctor's knowledge and matchstick to ignite the flame in a womb like orifice used to create the Sisters' Elixir of Life hardly seems like it could've been written without knowing what it sounded like. Though don't ask me what it means that Sarah was temporarily blinded by the high priestess' ring.

The story of Morbius, the former genius reduced to an almost mindless monster consumed with the idea of destroying the sisterhood seemed like the writer's statement on how otherwise intelligent men act when having trouble with women. This seems to be a new stage in Doctor Who's curiously self-conscious address of women's rights issues in the 70s. Liz Shaw and Sarah Jane Smith directly refer to women's equality during the third Doctor's run yet at times it almost seemed like the writers wanted to punish them for it, having them espouse these views while making stupid damsel-looking-for-distress decisions. Yet I suspect the writers regarded themselves as feminists, judging from the female president of Earth in "Frontier In Space" or the female ruler in "Monster of Peladon," though that latter one seemed strikingly ineffectual, an impression heightening a bit by her overbite and Elmer Fudd speech impediment.