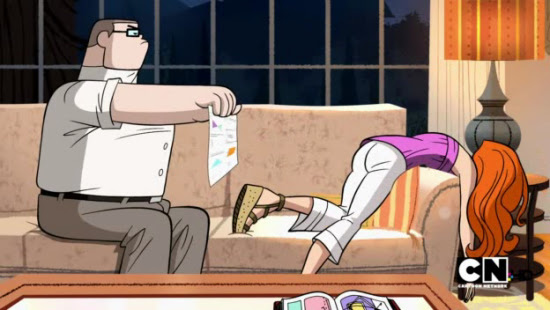 The popular girl falling for the nerd who helps her study for the test is hardly a new idea, but it works so well here, partly because Octus, the robot, has for me definitely been the most interesting character. I love that instead of the standard idea of a robot without emotions, he's more like a robot whose programming generally limits him to being benevolently laconic. The performance by Brian Posehn, of The Sarah Silverman Programme, is in no small part responsible for how well this works.

I was happy to see Kimmy, the popular cheerleader girl, return too--she's much better looking than Ilana, the series female lead, though maybe she does look a little like Kim Possible. Except she also looks like Greek pottery, or one of Jean Cocteau's line drawings. 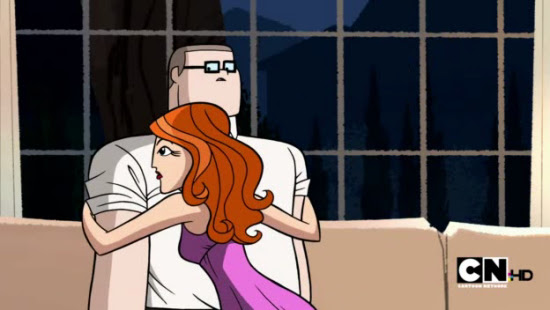 In any case, I've rarely seen television this effectively sweet.

The new Boardwalk Empire was probably the show's best job at crafting an episode with a unifying, interesting theme--in this case one of distorted self-image. It was great seeing Richard Harrow, the scarred and masked sniper, return and obviously he was well used here. Another highlight for me was Margaret's confrontation with Van Alden, who challenges her with an old photograph of her as part of his weird, religious zeal. Though I was kind of disappointed we see Van Alden getting whiskey and a loose woman at the end of the episode--that hypocrisy was a little too broad for me, though I won't say it was unbelievable.

Posted by Setsuled at 5:55 PM
Email ThisBlogThis!Share to TwitterShare to FacebookShare to Pinterest