For class to-day, the assignment is to do a presentation on some aspect of Japanese culture, so I've decided to talk about Setsuko Hara (原節子). It's nice to be doing an assignment that really puts me in my element, though the twenty sentences in Japanese I was required to write for the presentation don't cover quite as much ground as I'd have liked. I found myself wishing I knew how to say things like "played against type in" and "was active from the 1930s into the early 1960s". Though I sort of like the enigmatic way my presentation ends with, "In 1963, Yasujiro Ozu died. Also, Setsuko Hara retired. She said it was because she hated her job." 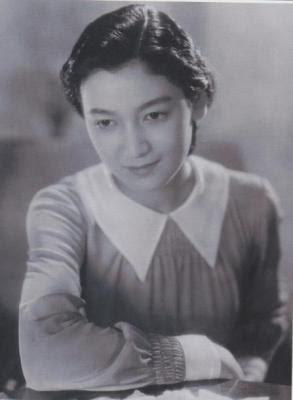 I read the first story in the new Sirenia Digest to-day, "HAUPTPLATTE/GEGENPLATTE", which comes across as a nice conflict between Science Fiction and Fantasy. Instead of simply the broader treatment usually used for the theme, where a young protagonist must deal with the real, adult world eclipsing youthful imagination, Caitlin gives us a story about two people whose perspectives are at war. We never really find out who's right--the girl who says she's a dragon that's been transformed by a sorcerer or the woman who says she's performing surgery and genetic manipulation on a girl to make her into a dragon. And it's perfect that we never find out, because it keeps us in the volatile neutral zone of creation, as each pole deploys new psychological tactics to make its perspective real. It's a very interesting way of using the fundamental differences between Science Fiction and Fantasy to explore the intimate nature of the creative process itself.