A Scandalous Affair, Within Reason, Don't Let's Get Carried Away 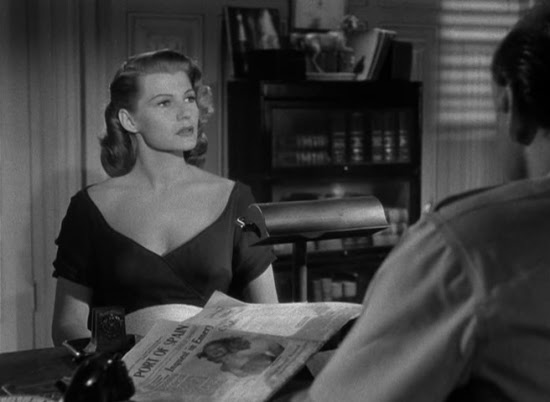 In 1946's Gilda, when asked if she was decent, Rita Hayworth replied with a famous, incredulous, "Me?!" If the same question had been put to her character in 1952's Affair in Trinidad, she may have responded, "Of course I'm decent! How dare you insinuate otherwise! I won't have it!" That's one of the key reasons Affair in Trinidad, while having its good points, isn't half the movie Gilda is.

Comparisons are invited by the fact that Affair in Trinidad paired Hayworth again with her Gilda co-star, Glenn Ford, the story's set south of the border, Hayworth plays a bar singer, and Ford is often shown smouldering with jealousy watching her perform with apparent gleeful abandon. 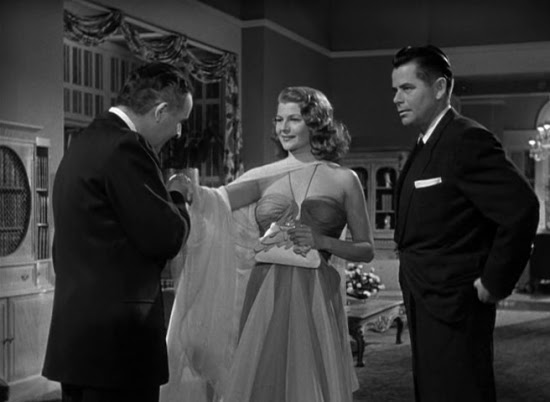 But while that jealousy and cruel hedonism reflect a truly, wonderfully nasty story of sex and reciprocal psychological torture in Gilda, in Affair in Trinidad it's an infinitely duller story of Hayworth being forced to act interested in her husband's killer by the police so that she can get evidence against him, and she can't, for convoluted reasons, let her husband's brother (Ford) in on it, despite the fact that the two of them have fallen in love.

All the character motives are based on the machinations of the police investigating her husband's death and crimes related to it. Ford's character is sanitised, too--instead of a small time hustler trying to make it big running a casino, he's just some guy who wants to know the truth about his brother. We learn practically nothing about him otherwise. 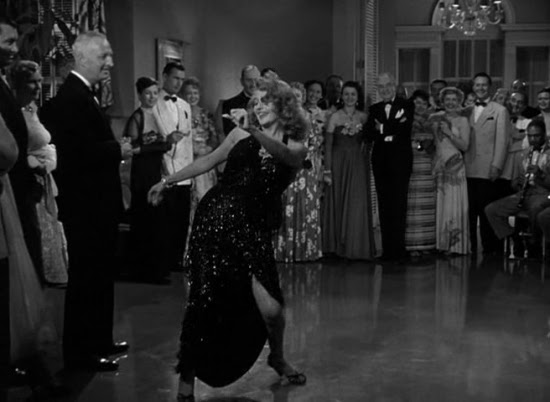 Hayworth still looked great in 1952, though subtly haggard, perhaps an indication of her private emotional difficulties. She's introduced performing a pretty fantastic number barefoot (she's dubbed with another singer, but the dancing's still good), though its lyrics about men blaming themselves for falling for her are curiously opposite to those from the song used in Gilda, "Put the Blame on Mame", and far less naughty.