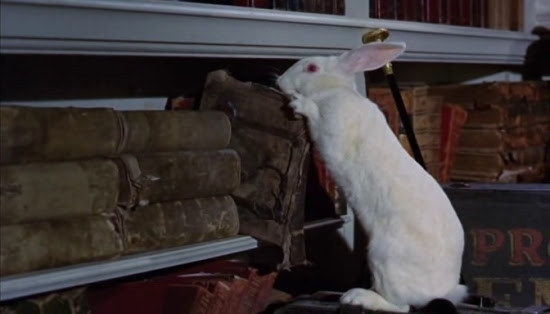 My childhood memories have a more favourable impression of 1971's Bedknobs and Broomsticks than I did watching it last night. It's not an altogether bad film, but I remember enjoying it more--or enjoying having it on while eating dinner or something when I was a kid. I remember often seeing it piecemeal; I remember often not getting past the animated segment. Yet it was the end of the movie that I liked most when I watched it last night, though I couldn't blame anyone for getting bored during the very lame, sadly typical example of animation in the 1970s.

Angela Lansbury and David Tomlinson are both well cast and their characters aren't so badly written that these two good actors couldn't make something genuinely interesting out of them. There's something I really love about a woman making genuine magic from a guy thinking he's getting away with a con. Eglantine Price is nicely both practical and casually fantastic (until she casually and bafflingly disavows witchcraft at the very end of the movie), and Emelius Browne is a nervous man with small dreams who inadvertently sets big things into motion which Eglantine barely seems to want to slow down to let him process. It's a very nice dynamic, its full potential not quite exploited. 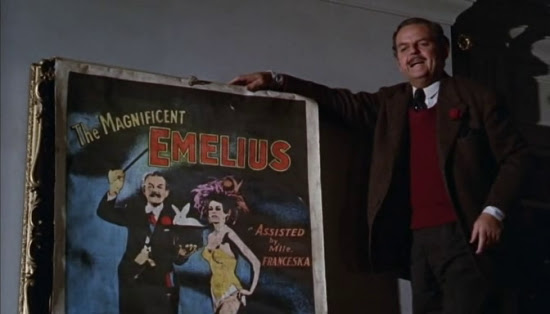 Too much time is spent with the three cockney orphans with which the film's saddled, who rarely react to things with the effective credibility of the kids in Mary Poppins. The Bedknobs and Broomsticks kids cry or fuss almost at random, never when it seems right for the mood of the moment.

The movie had the same (credited) director and musical composers as Mary Poppins, but perhaps we can see the effect of Walt Disney's absence in the far more limply contrived 1971 film. Disney used to have the composers come up to his office and play "Feed the Birds" for him in his office, just because he loved to hear it. I somehow doubt the Disney studio head in 1971 felt the same way about "Portobello Road". As with so many movies, Walt Disney personally oversaw nearly every aspect of Mary Poppins' production. 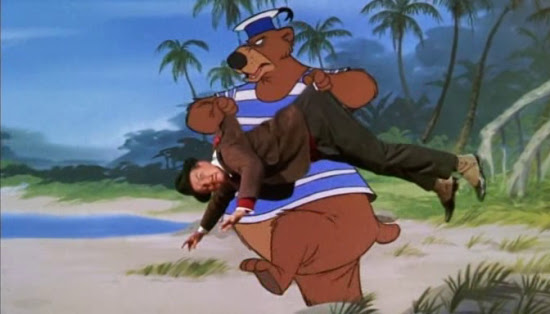 But of course Walt's absence is most clearly felt in the animated segment in Bedknobs and Broomsticks. It'd been a while since I'd watched animation from Disney's slump period, and I was amazed not merely by superficial things like terribly obviously recycled frames from other movies, but the general lack of life. The football match is a compilation of static shots that feel very static, containing nothing of the mad energy of the fox hunt in Mary Poppins.

However, following the animated sequence is a surprisingly effective climax to the film where Eglantine uses her spell to animate inanimate objects to raise an army of museum armour to attack a small force of Nazis who've secretly landed in England (the movie's set during World War II). 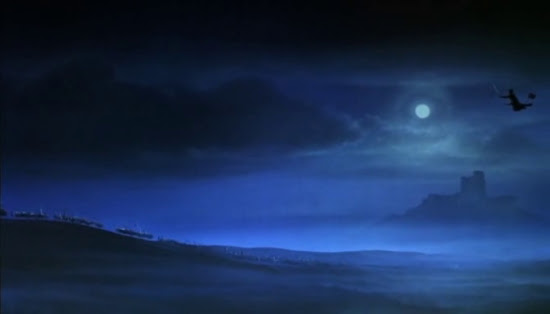 It's wonderful, creepy, and exciting to see the amassed forces of antique medieval equipment on the hills, ready to defend England while the witch commanding them flies above with a sabre. Which makes it all the more depressing when the payoff is just three or four of the armour sets engaging in slapstick comedy with the Nazi buffoons. 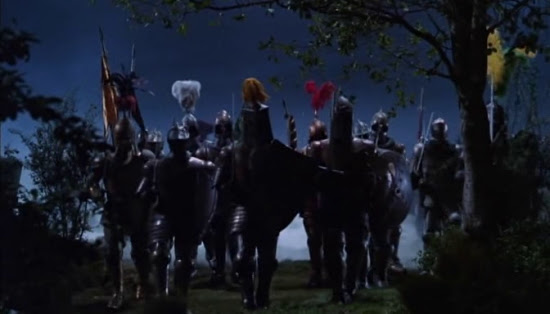 So, it's not something I can say is a wholly bad film, but comparing it to Mary Poppins it's certainly an illuminating illustration of how much of what made the Disney company great was Walt Disney himself.