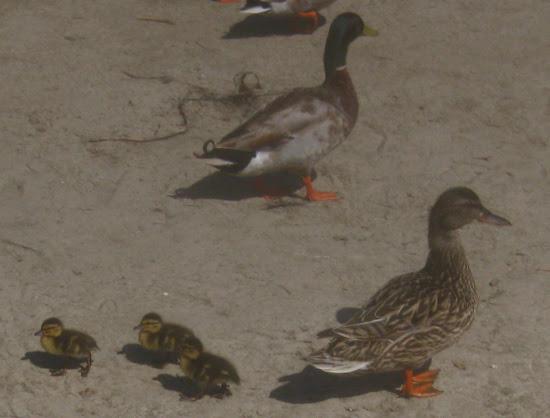 We have ducklings. In all the years since the duck mob moved in on this territory, this is the first time I've seen little ducklings. 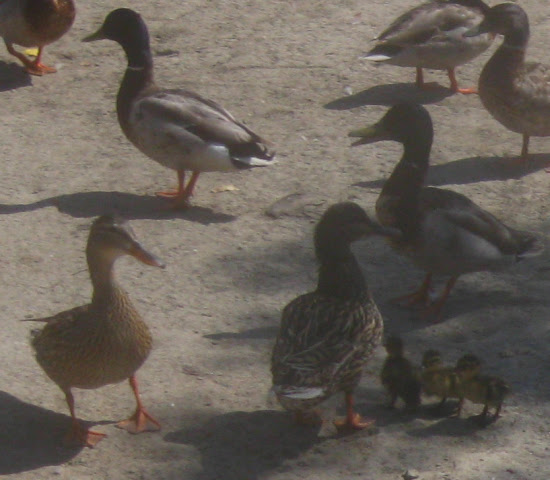 "Now, children, in to-day's lesson you will observe as your mother takes all the bread thrown our way by the human." I don't know, maybe she regurgitated it later. I couldn't get one piece to the kids. 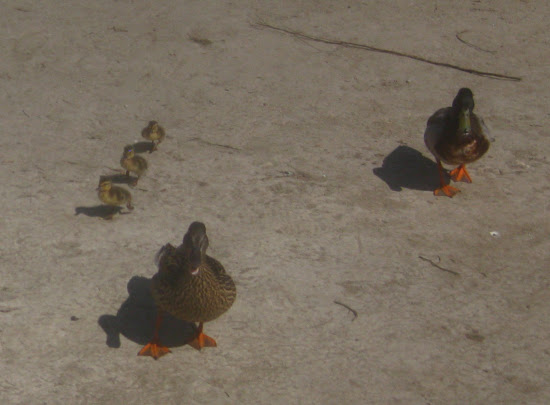 Mother presents vocal arguments on behalf of her progeny.

After this, I went with Tim to see The Avengers, which I liked a lot, though I probably would've liked it a lot more if I cared about the Phil character. Maybe I was never sold on him because whenever he showed up in the other movies it immediately felt like a commercial. The presence of Samuel L. Jackson said to me, "Cool, Nick Fury's here!" The presence of Phil said to me, "Various organisations and individuals keen on making a long term profitable franchise investment are here!" He always seemed like a guy in a cell phone ad and the new movie didn't change that impression.

Otherwise, I'd say Joss Whedon accomplished what many may have said was impossible and actually delivered on four years of build-up. It seems like Whedon's not terribly great at first impressions, and his attempt to make a strong beginning falls a little flat, particularly when Scarlett Johansson's introduction is diminished by some improbably naive and accommodating Russian gangsters. But Whedon's good at the long haul, making a sensible plot entertaining by having it processed for us by credible characterisations. The friction between the humble Captain America and the showboat Iron Man is well played and helps to serve the central theme of control versus freedom, as does Mark Ruffalo's extremely effective, understated performance as Bruce Banner.

Tom Hiddleston's Loki has credibly progressed from the confused and resentful young man in Thor to someone who's decided to cast his lot with world domination, reasoning power is the best way to peace, even as his essentially broken personality won't allow him to keep all the pieces together. Whedon has repeatedly come back to this theme of power versus freedom--going at least as far back as the Jasmine arc on Angel--but it is of course a kind of story that lends itself very well to a superhero universe. And the movie, more than any other superhero movie, felt like a superhero comic put on screen. No attempt is made to "ground" the heroes with realistic mise en scenes, or to give them domestic soap opera plots (how bad does that new Spider-Man look? "All my life I've wanted the truth about my parents." Oy vey). 89% of The Avengers takes place on future technology sets or in the sky. Whedon knows he can trust the characters and the actors to create emotional traction. And I loved the cameo by Harry Dean Stanton. 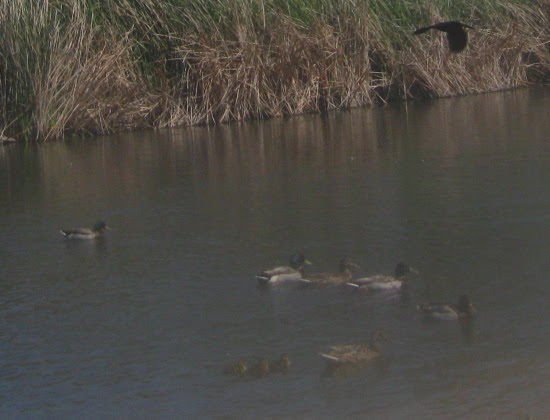 Posted by Setsuled at 3:18 PM
Email ThisBlogThis!Share to TwitterShare to FacebookShare to Pinterest