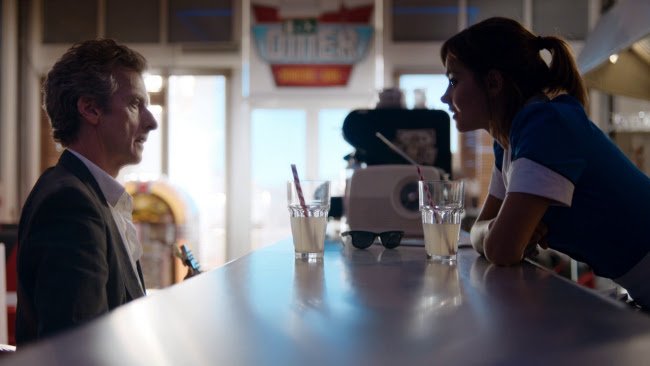 So clearly I'm not the only one who likes the red "velvety" coat but I would argue that the black frock coat is just as--if not more--"Doctory". It was nice seeing the Doctor wearing a real frock coat again. And a relatively high collared waistcoat. It was a good season finale for Doctor Who.

Since the hybrid thing began this season, I did think of the Eighth Doctor's TV movie from the 90s and the bit where he revealed he's half human. I didn't think they'd go there with the hybrid arc this season for two reasons--they legally can't, all plot elements related to the TV movie are owned by--was it CBS? ABC? one of them. The other reason is it's a really dumb idea. Why does the Doctor need to be half human? It was obviously a bullshit idea to make him "relatable". 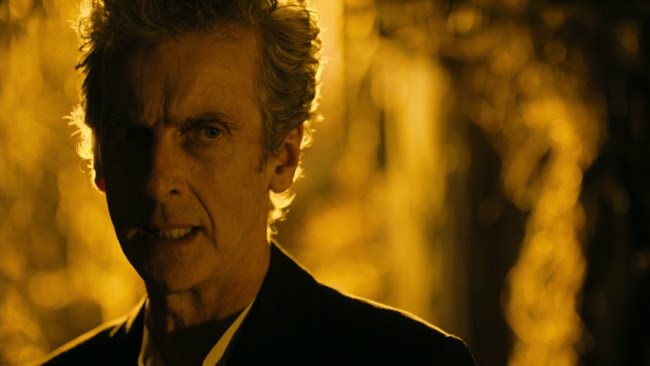 But the idea is brought up and the Doctor neither confirms or denies it, probably because of the legal constraints. Personally, I hope those constraints stay in place if Moffat is really planning on doing that, though I guess there is a logic to it, as noted--it makes sense of the fact that the Doctor goes to Earth all the time.

Anyway, to discuss this episode any further I'm going to have to do spoilers so--they're ahead. 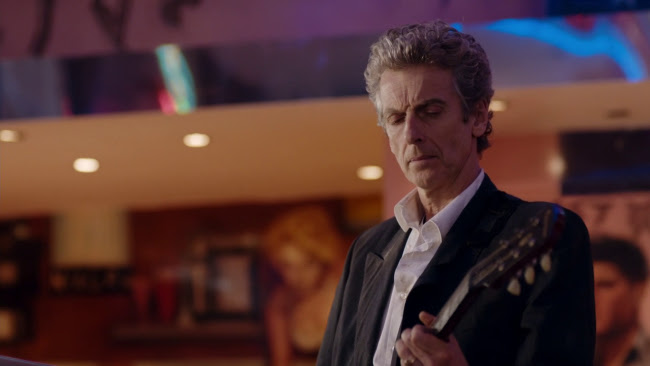 So instead of a companion having her memory wiped, like Donna or Jamie or Zoe, it's the Doctor this time. Which thematically is a nice turnabout and I like how he remembers Clara as a story but plotwise it doesn't make much sense. I can see why wiping Clara's memory makes sense--so the Time Lords can't track her. But how does that make sense for the Doctor? Well, c'est la vie.

I love that they seem to have set up the Undead Clara and Immortal Me audio adventures. What is the statute of limitations? Do we need to wait for the Fourteenth Doctor before we hear Jenna Coleman and Maisie Williams team up again? It's great in any case, and that alone makes up for the fact that, as nice and bittersweet as their parting is, I have to admit I think the original end of the Christmas special, when Jenna Coleman changed her mind about leaving the show, was more exquisitely heart breaking. 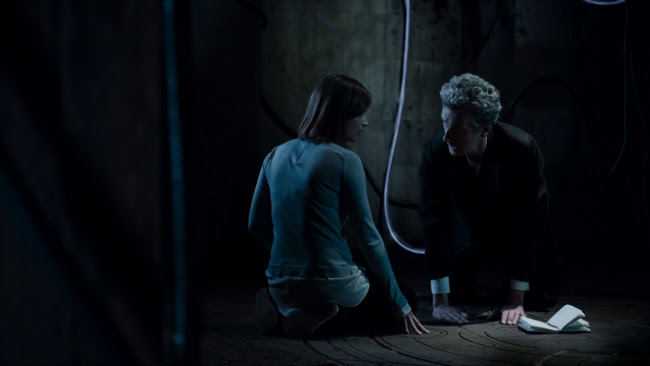 The Cloisters was kind of neat. I loved the conversation between Clara and the Doctor as they're trying to unlock the floor plate. I wonder if this president's daughter he ran off with is covered by any of the comics or audios. Or was he talking about Romana? Was she the daughter of a president? 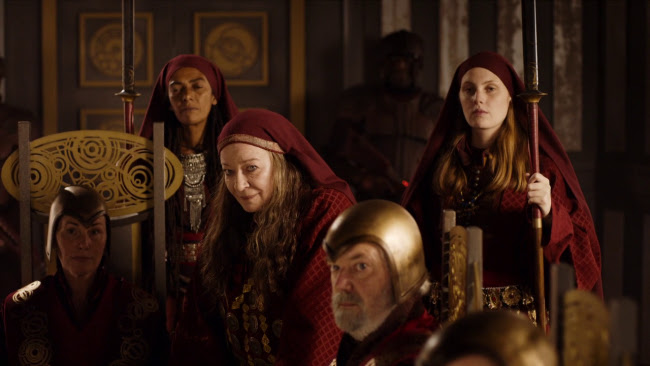 I don't understand what Ohila was doing in this episode, she seemed completely superfluous.

This was a better season for the Doctor than last season. The writers wisely spent less time trying to channel Malcolm Tucker and Capaldi was magnificent throughout the season, particularly in "The Zygon Inversion" and "Heaven Sent". The guitar schtick worked like gangbusters and I even liked the sonic sunglasses. The previous season had a better arc for Clara and a better, more solid arc overall, but I preferred this season's series of two part episodes. The show had needed something like that for a very long time and I'm hoping Peter Jackson's upcoming episode next season will also be a two parter.

The film became a foot in ancient logs.
If fronds befell the proto-tree, so bark.
No peace for Fred and Alice neighbour's dogs.
So Myst'ry Man constructs the highway Ark.
Invasions cast in noble light return.
A lance deploys to aid the martyred Joan.
Reports descend from God to slash and burn.
But Dreyer's eye has pared them to the bone.
Reed's moment manifests garage magic.
"I like that song," says old Eraserhead.
A fire left a wheelchair mechanic.
A sound at dawn and Dick Laurent is dead.
The legend bounced from sand to naugahyde.
A Viking ship passed myth to bona fide.