The Harsh Light in the Faithless Dark 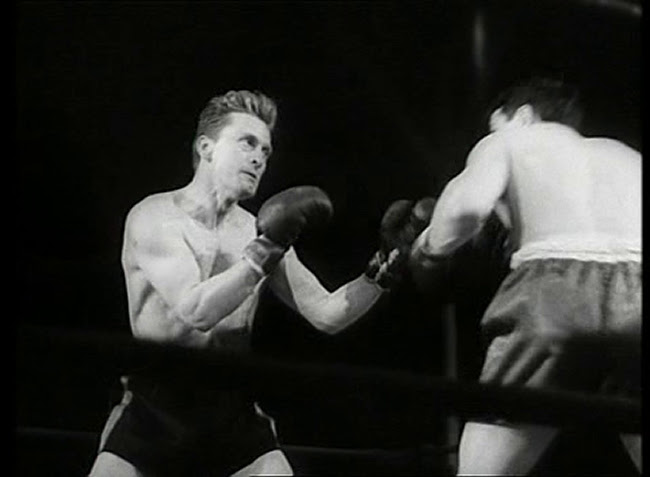 Where does pride come from? The kind of pride that makes a person a bundle of nerves all his life, always on the bottom of a hill the top of which is self-worth and it's an unending mad scramble in the soft soil. No wire is more live than Kirk Douglas in 1949's The Champion, a very noir film noir about a boxer who goes from nowhere and poverty to become the champion. It's a great film of moral problems and black shadows. 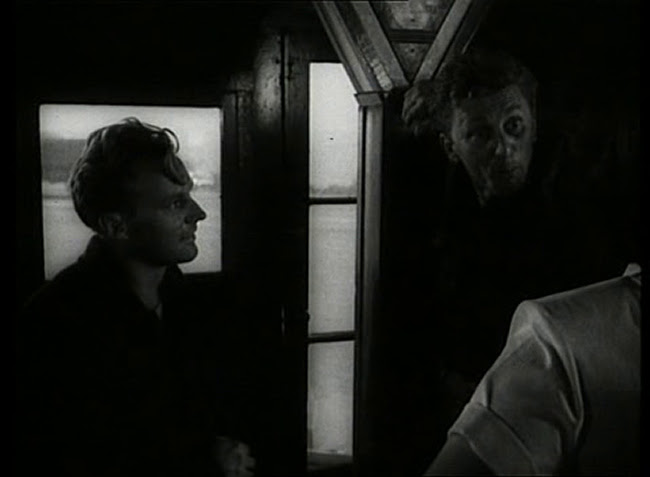 Midge (Douglas) and his brother Connie (Arthur Kennedy) travel across country to L.A. where they think they've bought part ownership of a diner only to find out when they get there they've been swindled. I don't know what to make of the fact that both men have women's names but they both fall for the same girl, Emma (Ruth Roman), waitress at the diner and daughter of the actual owner, Lew (Harry Shannon). She doesn't call him Dad, she calls him Lew, and it's clear he wants to get rid of her so he forces her and Midge to marry as soon as he catches them making out. 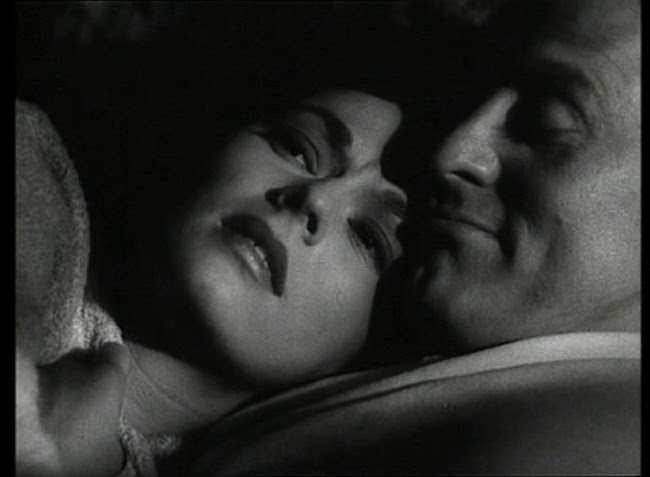 The Hays Code demanded the institution of marriage be respected in film but this movie rather slyly shows how many problems there are in sticking dogmatically to that. When Midge falls for a beautiful sculptor later, the movie clearly implies that it would wrong for Midge to abandon her even though they're both married to someone else. Connie throws around the morality in the film and yet there's something wrong with almost everything he lays on Midge. He criticises Midge for firing his loyal manager for a more influential one and suggests that it's only a matter of time before Midge throws Connie out yet we've seen no evidence of this. Only that pride is really important to Midge and some kind of vague ideal about family is important to Connie. But Midge really does trample people on his way to the top. Another woman--three fall for him in this movie--essentially sells herself to him, talking about how "expensive" she is and how she'll only go with him if he's pulling in a lot of money. When he decides to leave her for "a real lady", the sculptor, she threatens him with blackmail and he threatens to put her in the hospital. And that ends that. It's a nasty business on all sides. 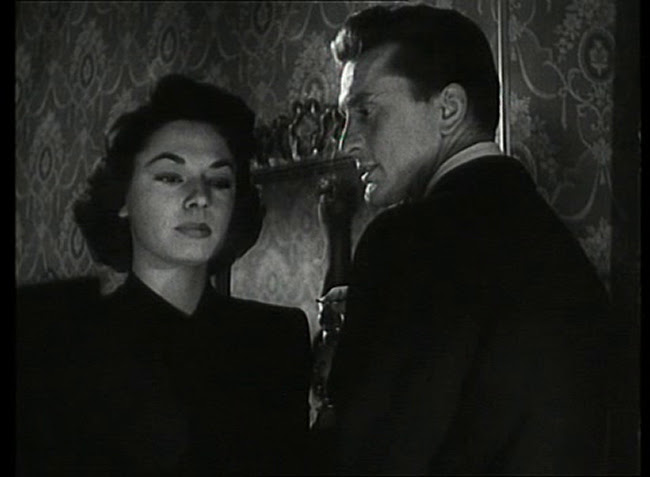 Every time opportunity for mutual affection comes his way, whether it's his brother, a lover, or his manager, Midge is forced into a decision between his pride and the people he loves but two thirds of the time it's the people he loves who force him into this ultimatum. At the end of the day, is it any wonder he starts to feel he can only count on himself?

I can't stress enough how perfect Kirk Douglas is in this movie. He's all tension and nerve, few other actors could convey that so well.