Fingers of Light Between the Bars 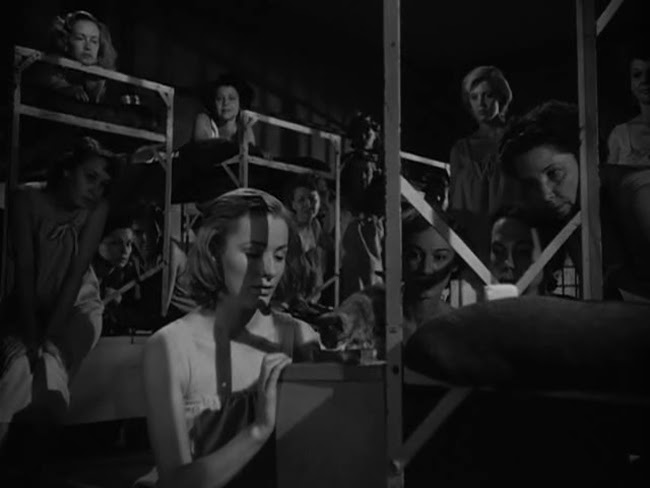 What if prison makes criminals rather than reforms them? Even in the case of a beautiful, pure, innocent girl? 1950's Caged presents a slightly improbable scenario but with enough credibility to make its noir existential downward spiral effective. It's aided in no small part by its actresses. 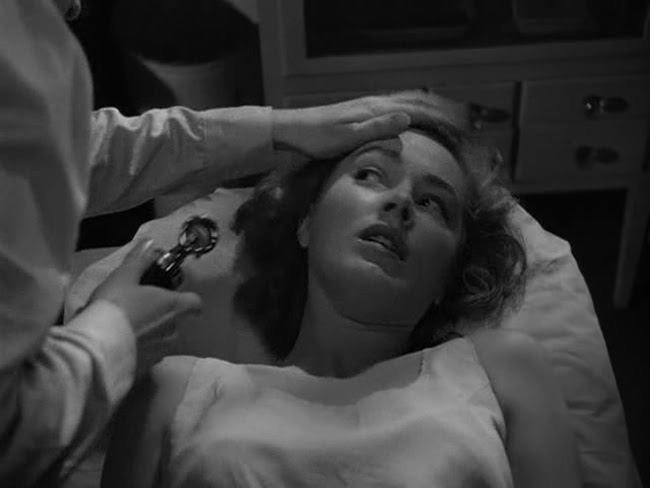 Eleanor Parker plays Marie, a nineteen year old girl who's bewildered and terrified when she's brought to prison. She was convicted as an accessory to armed robbery because she tried to stop a store owner from killing her husband when he stole forty dollars--a few dollars less, one prison employee remarks, and it wouldn't have been a felony and Marie wouldn't have gotten one to forty. Of course, it seems really improbable that a judge and jury would convict the wide eyed little Marie but, okay, it's just likely enough for us to go with it. Parker doesn't quite seem nineteen--she was twenty eight at the time--and her wide eyed shock at her circumstances has more to do with 1940s ideals about youth than actual youth. But she gets a lot better as the film progresses and the more corrupted she gets the more realistic she seems. 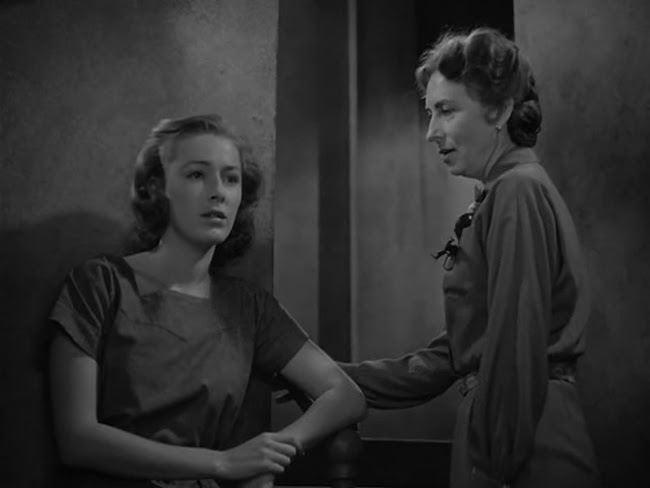 Agnes Moorehead is the best actress in the movie. She plays Ruth Benton, the woman in charge of the prison who's frustrated in her endeavours to fight the broken system that does more harm than good to women like Marie. Benton is simply, plainly good, there's little complexity to her and the role would have been dull in the hands of most other actresses. But Moorehead conveys the desperation and the necessary ferocity in her conflict with corrupt politicians and a sadistic underling played by Hope Emerson, who gives a fine performance which has a lot to do with the exploitation of her unattractive and physically imposing appearance. 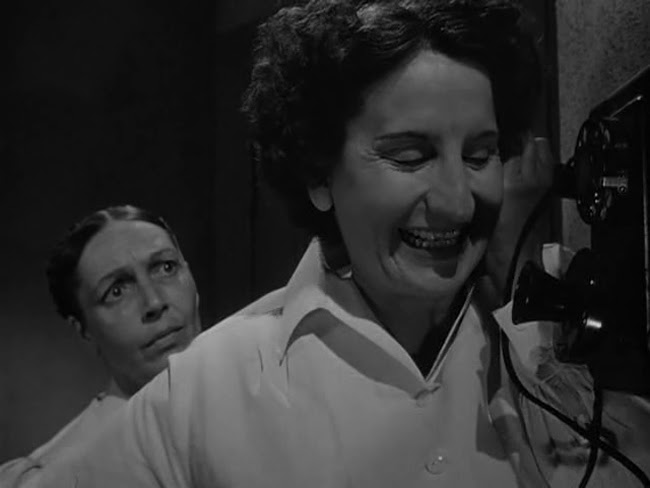 At Marie's first parole hearing, Benton points out to the panel how little has gone right for Marie. She's had a baby in prison that she was forced to give up for adoption because her step-father wouldn't allow Marie's mother to care for it. And her husband was killed in the armed robbery. But because Marie can't show that she'd be able to support herself outside, she's "flopped back", sent back inside. Gradually, the criminal queens exert their influence on her. 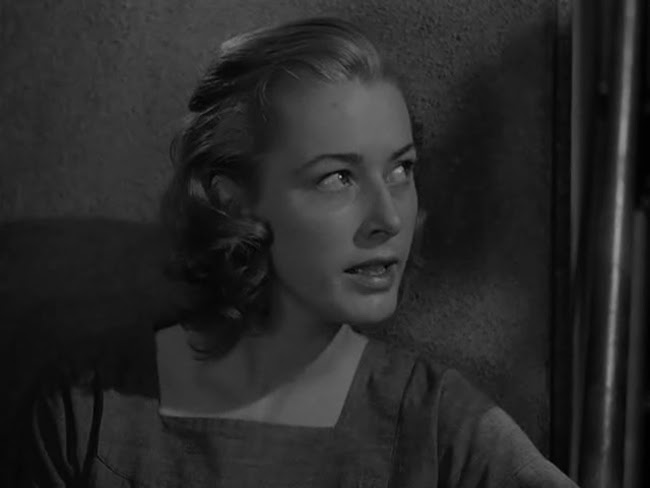 Like all good films noir, there is the simultaneous feeling of inevitable doom and free will. How much of Marie's downfall is rotten luck, how much is due to her own choices? The scales definitely feel more tipped to the "luck" end here but there's enough ambiguity that one gets the impression of the particular psychological torture Marie is undergoing.

Posted by Setsuled at 11:59 AM
Email ThisBlogThis!Share to TwitterShare to FacebookShare to Pinterest