The Zombies are Crazy 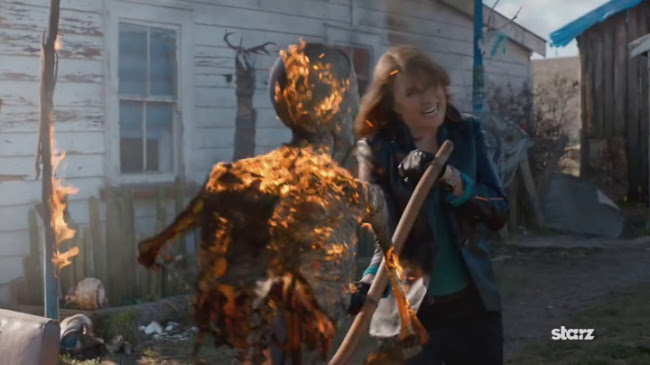 Well, that was better than last week's Ash vs. Evil Dead and Lucy Lawless' character finally did something interesting to back up her swagger. More importantly, the Deadites felt threatening again. 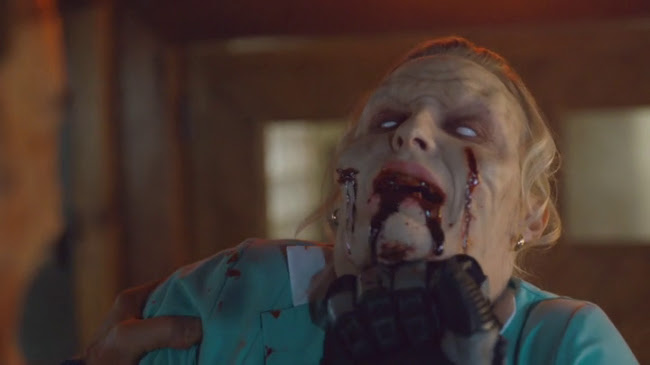 It's still not quite the solid gold of the first episode. Last night's had a pretty dull, cliche scene for Pablo and Kelly where Pablo tries to figure out how to confess he likes Kelly and Kelly says she sees him as too pure to want such things from women, managing to bring out the old sitcom dichotomy of the ever pining boy and the ever oblivious girl. I'm starting to wonder why Pablo and Kelly are still around, the second episode seems to have fulfilled all their best potential. 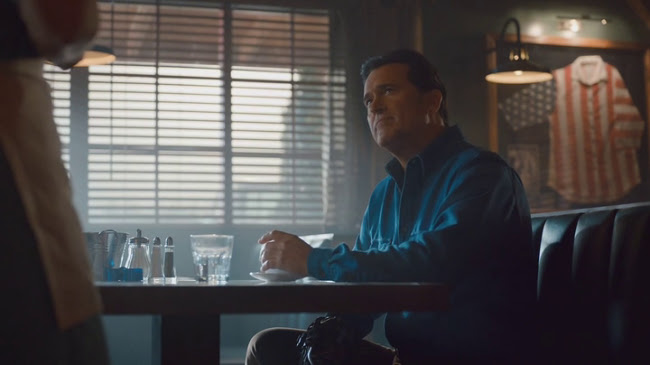 The diner scene was good mainly for the Deadites and Ash's improvised cologne. I still don't like his power glove and the scene of Kelly throwing him the shotgun was odd and awkward. But I liked the return to the feeling that the Deadites can strike anyone at any time.

Posted by Setsuled at 6:44 PM
Email ThisBlogThis!Share to TwitterShare to FacebookShare to Pinterest