Ash vs. Hand and Yet More Star Wars Ash's old foe returns--his own hand--in last night's Ash vs. Evil Dead as everyone goes back to the original Evil Dead cabin. The show itself improves in the episode from bad shit going down. Just when characters are starting to feel dull or awkward, someone dies and the feeling of no limits being places on the Evil is reinforced and Ash's battle with himself is both goofy and nightmarish. 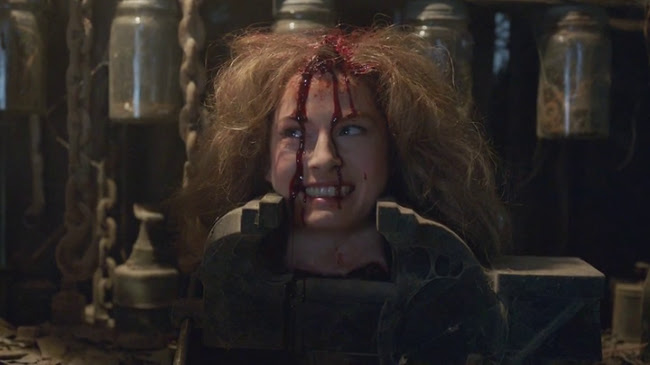 I was reminded a little of watching 1977's House again yesterday, the great Japanese horror film that's an exercise in delirium. House sets up a number of so over the top, sweet protagonists that things feel uneven and disturbing right away. Ash's lightning quick development with Amanda felt a bit like that and having it answered by horror felt oddly right. 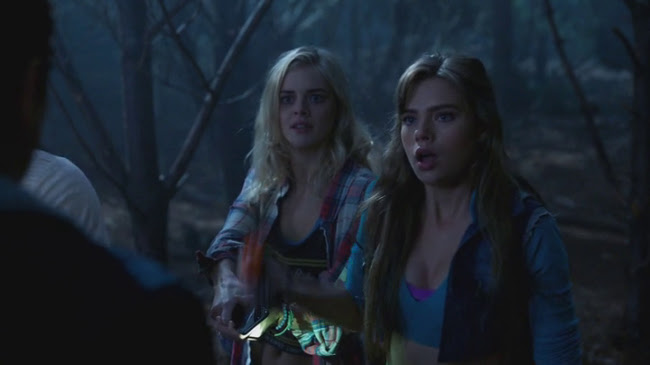 I liked the stereotypical group of tourist hikers in the woods, all with convenient New Zealand accents.

Let's see, do I have anything else to say about Star Wars . . . Well, I've been listening to the soundtrack, which I bought yesterday on CD at Best Buy. But Disney has uploaded the whole thing to YouTube. Here's my favourite track:

John Williams still has so much vitality. Maybe it's all second nature now, though. I love the cool, clear quality of Rey's theme. It's simple innocence and solutions, a desire for love but with patience. That's definitely her. I saw Christa Faust on Facebook mention that people've been calling Rey a Mary Sue. I can see that. The word I would use is moe. I would like to see more character flaws in the next film but there's nothing wrong with admiring a beautiful, perfectly sweet girl. The movie is definitely more from John Boyega's perspective than hers, though. He watches her beat up those guys in the market, he watches her making her escape in the Jedi fortress. He has secrets we know that he keeps from her, we only find out her secrets when other characters do and those secrets don't make her look in any way silly. To put it another way, she's a DC character in classic form and Finn is a Marvel character. People forget what was really important about Superman originally, that he was something greater than us for us to look up to. Marvel superheroes were always more like us. That's why you don't have any Robins or Jimmy Olsens in Marvel, there's no need for an audience avatar to look up to the superhero because we are the superhero. But I think it's a mistake to say it's wrong to love a character for being greater or more adorable than us.

It does make her different from Luke. Luke, who was whiny in an unattractive way, who went recklessly after the sand people just because he was curious and wanted adventure, who went to Cloud City against Yoda's advice and paid a big price.

A pilot Poe prevails with nature's charm.
Inventive desert dishes serve a start.
Kathleen, Ahsoka, Rey divide the farm.
King L. bequeathed to daughters three his heart.
The best of toys go at six portions rate.
To sled on sand is easy here of course.
Don't shoot your eye out, kid, with BB-8.
When French horns sound Clarence becomes the Force.
A sabre cross will light the holy land.
He goes skywalking to the Star of Death.
The tread of wisdom's machines part in sand.
The wood of snow has drawn its final breath.
A soup inflates for desert women now.
A helmet waits to sink the smuggler's scow.