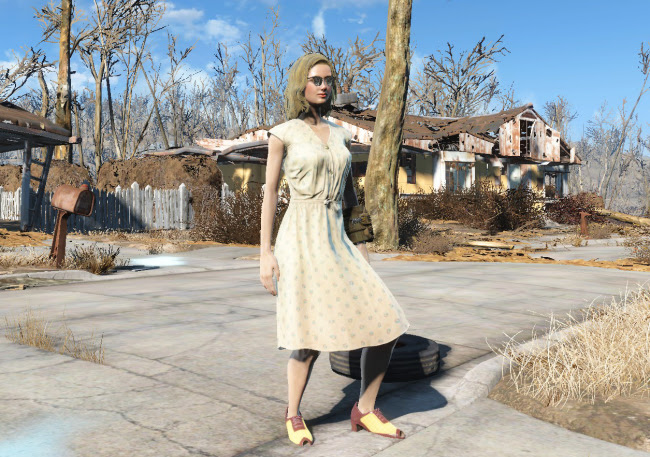 Well, I couldn't resist any longer, especially since Tim gave me a Steam giftcard for Christmas. Above is my Fallout 4 character, Vivian, she of the bony arms and enormous hands. Everyone has big hands and long forearms in this one like a hybrid race of humans and gibbons. Bethesda, the company who's been making the games since Fallout 3, is infamous for making ugly people in these and their Elder Scrolls games. But fortunately they're also well known for their support of the modding community and many of the cosmetic issues will very likely be fixed once Bethesda inevitably releases modding resources. Since the game uses the same engine as Skyrim, I imagine mods will be quickly and easily ported. What I don't understand is why Bethesda doesn't simply hire the people who are evidently much better at this then they are and are already working for free--oh, yeah. Capitalism. Separating the talent from the profit for centuries.

I do like the return to a very open ended character creation system. Choosing the sex for your character in this one means choosing between a man and woman of a married couple and you're able to change even the one you don't choose to use. So I was able to change these two: 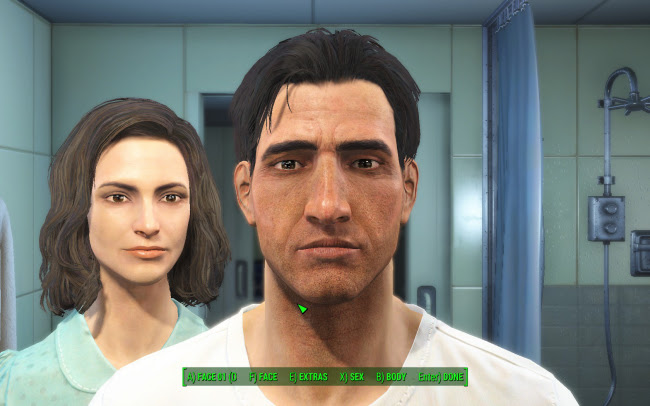 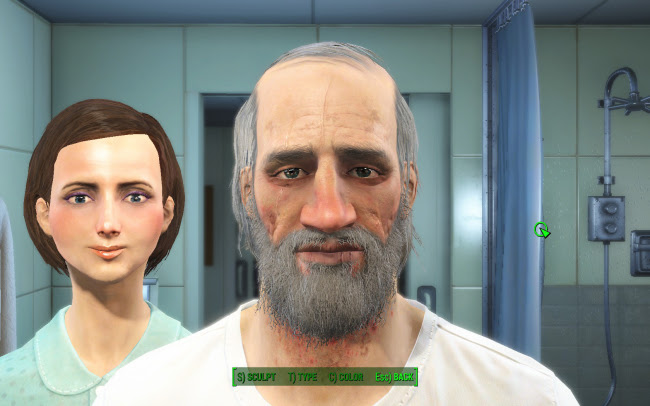 The heads in the second picture aren't prefab, I spent time sculpting that creepy couple.

This reflects one of the more significant differences in this game--your character has a backstory and something of a personality in detail more like a Knights of the Old Republic or Mass Effect game than like a Bethesda game which usually takes pains to make your character as anonymous as possible, leaving everything to player interactions with other characters to create a personality for the player character. This time you do get dialogue choices that effect your character's personality but obviously you're working with baggage you don't have in the previous games--you start off in a heterosexual marriage so, if you can marry (even people of the same sex) as you can in Skyrim, this history is likely to have some bearing. Your character also, like in BioWare games, has fully voiced responses in dialogue, unlike in Bethesda games past, and also like the BioWare games the responses you choose tend to be rephrased by the character, an idea BioWare came up with that has always perplexed me. The rephrasings chosen by the character often significantly change the meaning of the dialogue option you choose thereby making the process seem slightly pointless. But I do like the feeling that the character is more part of the game world. It's a sacrifice of gaming freedom for storytelling, a balance that RPG games are always experimenting with. 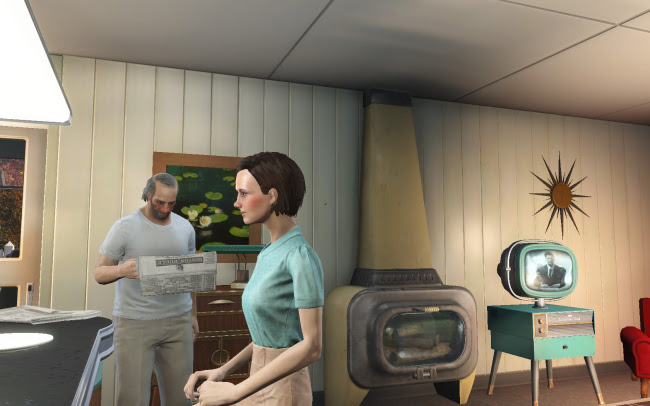 This is the first Fallout game to begin before the nuclear war that turns the world into the wasteland one explores in the game. We witness firsthand the alternate reality where nuclear power really took off in the 1950s in the way many fantasised about, leading to a modern reality with different configurations of technological advancement and the persistence of 1950s fashions and music.

There are fewer celebrity voices in this game, no Liam Neeson like in Fallout 3 or the many celebrities who appear in Fallout: New Vegas. Ron Perlman returns, of course, but instead of his traditional role of narrator he plays a television news anchorman. 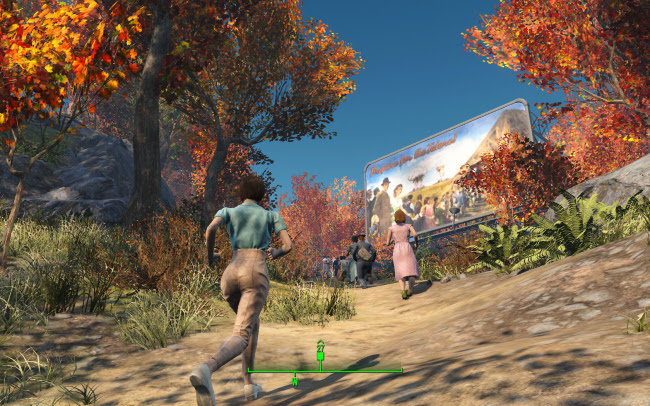 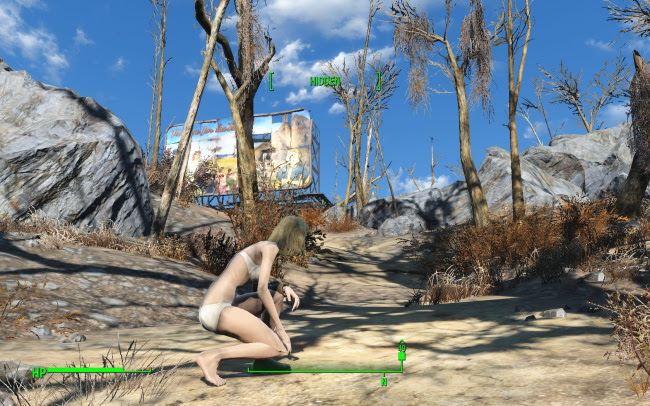 It's fun to compare the world before and after your character goes into the 200 year cryosleep. I appreciated the much broader colour palette for the wasteland than the general brown and grey of Fallout 3.

Posted by Setsuled at 2:32 PM
Email ThisBlogThis!Share to TwitterShare to FacebookShare to Pinterest