The Surgeons of Christmas 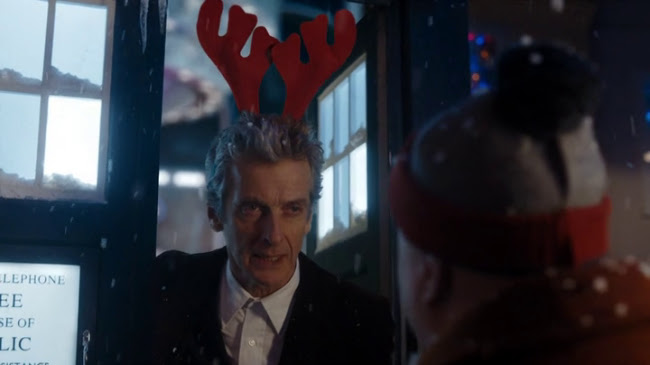 Even at this late stage, does the Doctor know River and does River know the Doctor? Well, that's been kind of the recurring theme with River Song on Doctor Who, every time they meet, one of them, usually the Doctor, spends the whole time being shocked by the other. That's part of why I don't feel their relationship really works--it's all chorus no verse, or all concept no development. And yesterday's Christmas special, while a fun, slightly too giddy romp, was a return to form, proving the age difference between the actors wasn't the reason they never had chemistry.

Spoilers ahead for the 2015 Doctor Who Christmas special. 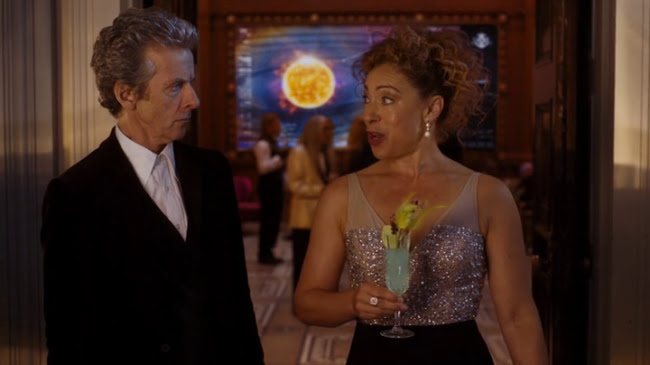 For more than half the episode she doesn't even know it's him so once again an opportunity for us to watch them spending time together is benched in favour of more Concept. The running gag of her not recognising him is very funny, he being surprised that she's even more amoral than he thought is kind of funny. Peter Capaldi is, once again, the most effective part of the episode, though, and at the end I did believe in his feelings for her but it still felt like a wall was between them, a gap of gimmick that had never truly been crossed. His effective portrayal of affection came off like his effective, lonely battle in "Heaven Sent" and seeing him bid two farewells in a row like this makes him seem especially like a tragic loner. Though they tried to soften the blow a bit with the twenty year night thing though all that really did is make their story more trite and make River's behaviour in "Forest of the Dead"/"Silence in the Library" make less sense. With the line about the Doctor's new haircut coming at the beginning of the Christmas episode, it doesn't make much sense for her to say he'd gotten a new haircut the last time she saw him. Even if he got another one at the end of the twenty four years, it would be like Nancy Reagan saying that the last time she saw Ronald Reagan he became president. Not to mention River clearly knows it's their last time together. 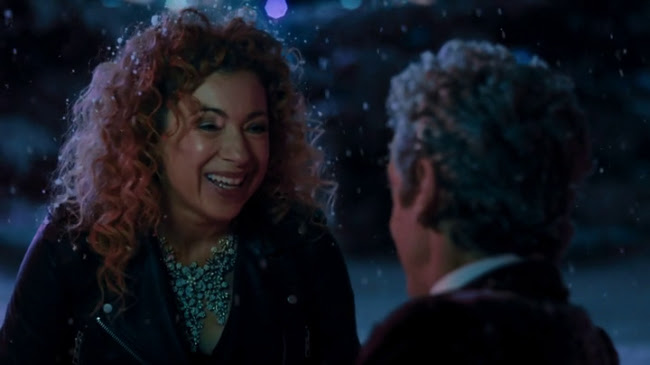 Guess what I saw again to-day? Yep, Force Awakens, this time with my parents, sister, and brother in law, all of whom liked it. Another sold out show and we found most seats reserved already in theatres where you could reserve seats for a week in advance.

The poison poinsettias dry under stone.
Telephone cords flutt'ring caught hold the sleigh.
The stars behold a coat as cold as bone.
A goblin spirit stands with cane away.
Fish hook free jingles from safety spirals
A growing ornament reflected the glass.
The colour red exceeded Christ's murals.
Santa cannot give a bathroom pass.
Repeated metronome announcements ping
Arrested cranium noses for spoons.
A billion ornaments descend to sing
Of insulted early red pantaloons.
Too much of cheese is jalapeno weight.
A case, a D, y'know too much to eat.

Posted by Setsuled at 6:43 PM
Email ThisBlogThis!Share to TwitterShare to FacebookShare to Pinterest