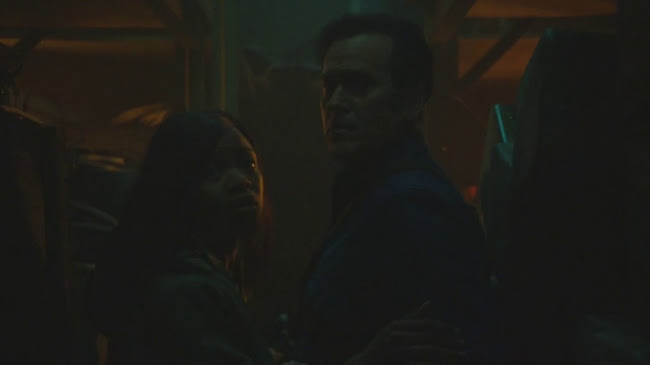 I liked the concept of last night's Ash vs. Evil Dead a lot more than the execution. Considering all the insanity with guns that's gone down in the past few years in the U.S., the thought of a redneck militia being overrun by Deadites and mocked by Ash is pretty appealing. The idea of one woman rising from the flames (though with an obvious body double for the nudity) and another actually flirting back with Ash are also both appealing. It's only a shame the actual writing was so bad, particularly the dialogue. 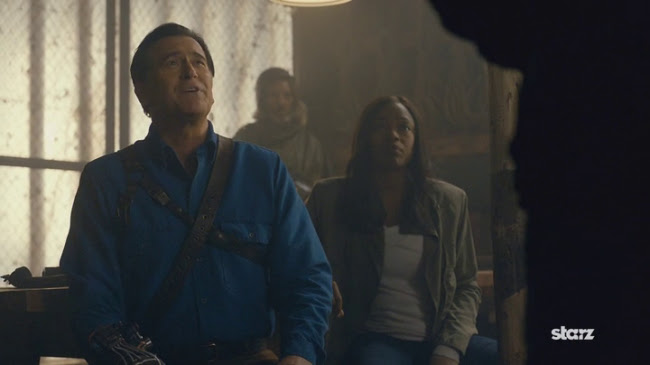 The dialogue in the opening scene was just one clunker after another. There was Kelly's weird joke about how all the blood that's been shed is to keep the country "moist" and then Ash lying about looking at Amanda's cleavage. Suddenly Ash is sheepish? He isn't at any other time in even this episode. 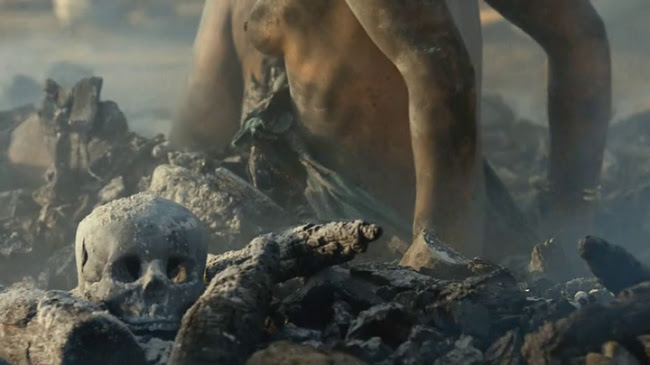 Maybe the most surprising thing is that two of the three writers on this episode were Dominic Dierkes, whose script for the second episode I liked, and Ivan Raimi. Maybe it was Raimi and Dierkes who did the concept and Sean Clements did the dialogue. 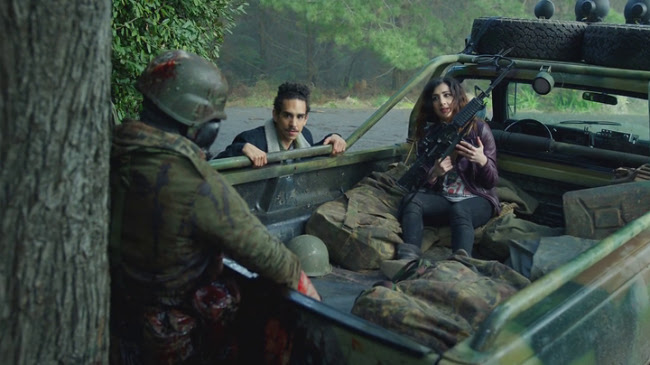 I did like this scene where Kelly and Pablo confront a gas mask Deadite and Kelly discovers a machine gun isn't as easy to just pick up and use as the movies make it look.

I've spent almost the entire day colouring comic to-day. This seems like it used to go faster. I went out to finally do some Christmas shopping at around noon only to realise when I got to the mall I'd forgotten my wallet. So I had to come back home and didn't have time to go back out again. I miss time.