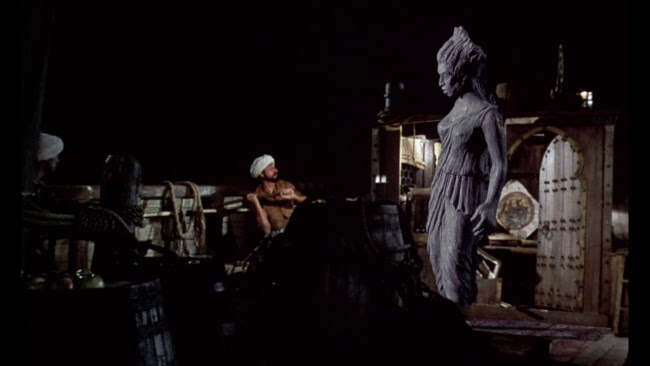 What makes a voyage golden? As far as 1974's The Golden Voyage of Sinbad is concerned, I'd say it's Ray Harryhausen, Tom Baker, and Miklos Rozsa with a dash of Caroline Munro.

Like most Arabian fantasy films made in the west, it's heavily influenced by Alexander Korda's Thief of Bagdad, but not many of the films influenced by that 1940 film boasted the composer, Miklos Rozsa, whose score for The Golden Voyage of Sinbad is in many ways like his robust score for the earlier film, though it contains no songs with lyrics. 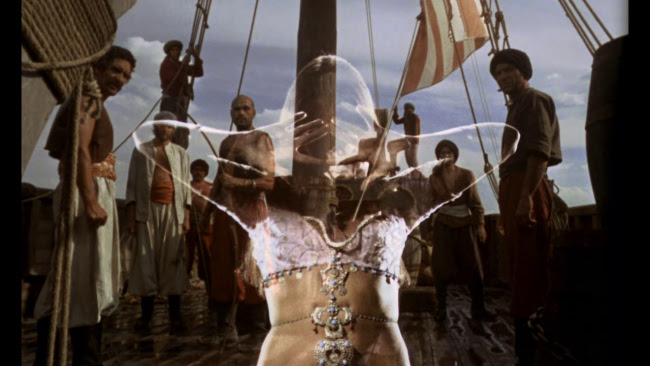 For the most part, the cast isn't nearly as interesting in the 1974 film, the only real exception being Tom Baker as the villain, an evil wizard called Koura. 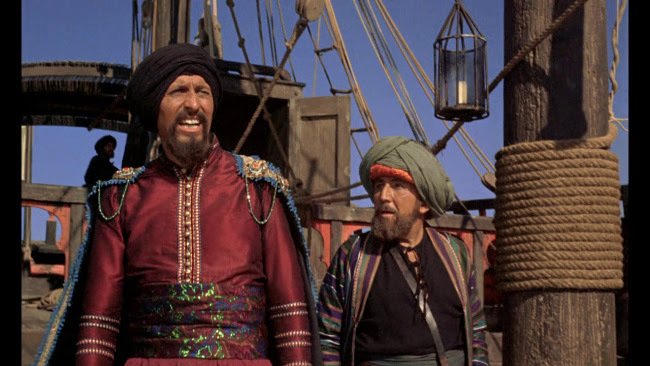 Unlike Conrad Veidt in The Thief of Bagdad, Koura is a bit clumsy and most of the setbacks he suffers throughout the film are due to his own mistakes or bad luck than to anything Sinbad does. Baker makes this odd vulnerability work and I think just about any viewer, regardless of whether or not they've seen Baker on Doctor Who, is likely to sympathise with him more than the dull John Phillip Law as Sinbad. Caroline Munro as a slave Sinbad buys, takes aboard ship, and sets free while at sea--conveniently when she can't decide not to accompany him--is beautiful and Munroe's smirk has some natural charm but there's absolutely nothing to her character but devotion to Sinbad. 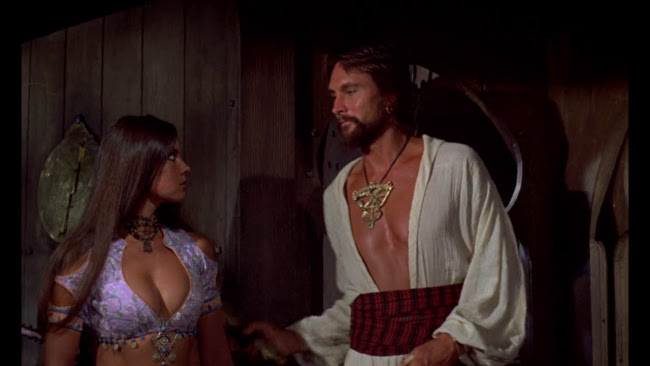 Apart from Tom Baker, the other real stars of the film are the creatures designed and animated by Ray Harryhausen. Baker is really good reacting to a little demon he creates with black magic: 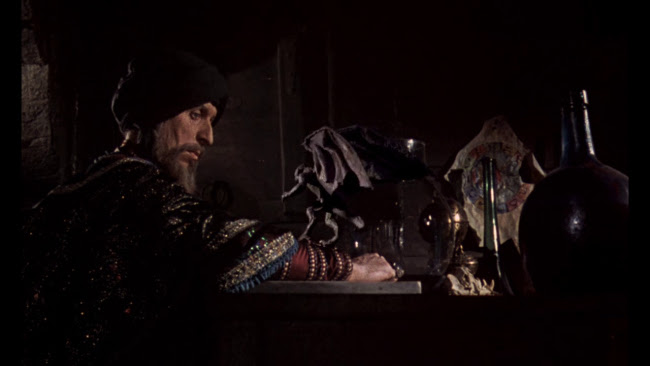 Most of the monsters in the film are statues brought to life, the most impressive being a statue of Kali with which Sinbad and his men have a rather effectively choreographed fight. General Grievous, eat your heart out. 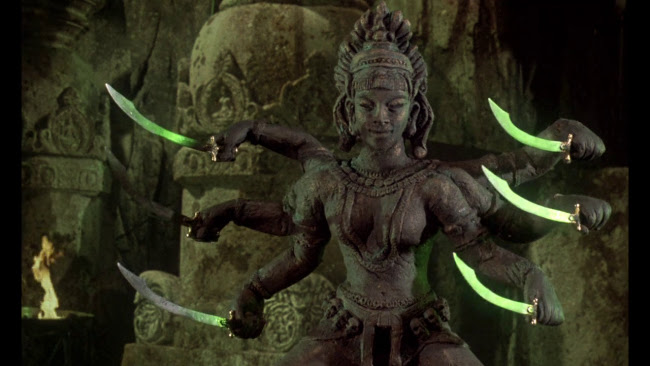