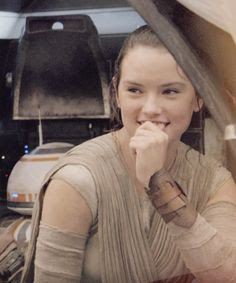 It feels kind of like we've already seen Force Awakens, or at least a sizeable portion of it. What's the latest supercut of all released footage, thirteen minutes? It feels like there's new footage every day and yet a lot of the plot remains a mystery, one thing that separates this rebirth of Star Wars from the lead up to The Phantom Menace, accurate internet leaks from which allowed "Weird Al" Yankovic to write the lyrics to "The Saga Begins" with a completely accurate plot description based entirely on leaks. J.J. Abrams and his people have managed to play things much closer to the chest and despite his recently expressed regret about doing the whole bait and switch with Cumberbatch Khan on the previous Star Trek film, I wouldn't put it past him to encourage misinformation about this film. So I thought I'd publish my predictions now about Force Awakens so there's a record of how wrong I was.

Well, I was right about one thing, or so it seems--Harrison Ford gave it away in a recent Twitter interview that there's a great sabre battle between Daisy Ridley's Rey and Kylo Ren. Despite trailers showing John Boyaga with the lightsabre, I had a feeling Ridley would be the resident Jedi. I based this on the fact that she's white--no, I'm not a racist, black people can use the Force. But I suspect she's either Luke's daughter or a relative of his. I think George Lucas has been lying in his recent interviews and Abrams has modelled his film on Lucas' outlines to some extent, that the films will continue the story of father/offspring conflict. In a way, we've had this already in Clone Wars, as Lucas has said the character of Ahsoka Tano, who has a pupil/instructor relationship with Anakin Skywalker, was based on his experience as a father of daughters. I only wish I had confidence in the pay off of that relationship when Ahsoka meets Darth Vader on Clone Wars. Imagine if Lucas had stuck around for that--perhaps while not even being conscious of it he would have essentially become the father figure from the dichotomy in which he was the son before.

So, yes, I think Kylo Ren is Luke Skywalker. I think Adam Driver is doing the voice like James Earl Jones did the voice for David Prowse. Any images of Driver in costume I suspect were either created to mislead us or Driver is simply playing the character until he's unmasked. So, gamblers, if you wanted my prediction, that's it, go ahead and place your bets accordingly. I should warn you I don't have a great track record on these things, though.

Posted by Setsuled at 12:50 PM
Email ThisBlogThis!Share to TwitterShare to FacebookShare to Pinterest