The Brief Tale of a Small Tail 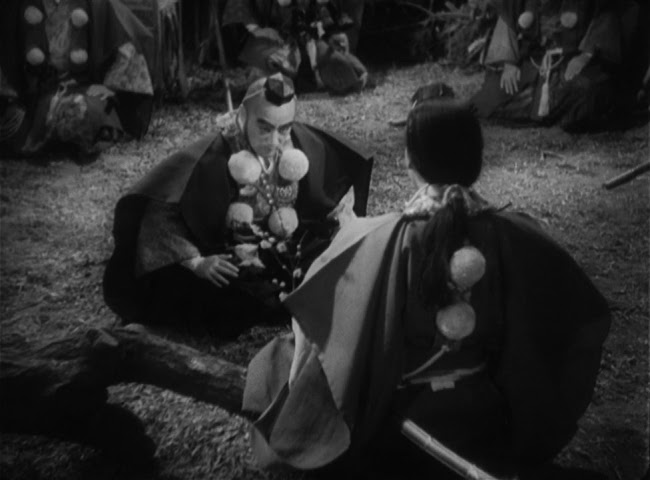 If Akira Kurosawa had ever made a television series it might have been something like his 1945 film The Men Who Tread on the Tiger's Tail (虎の尾を踏む男達 ). This early film is only an hour long and shot largely on soundstages. A jidaigeki, a film set in Japan's feudal past, it's light and entertaining and contains several shades of his future films. 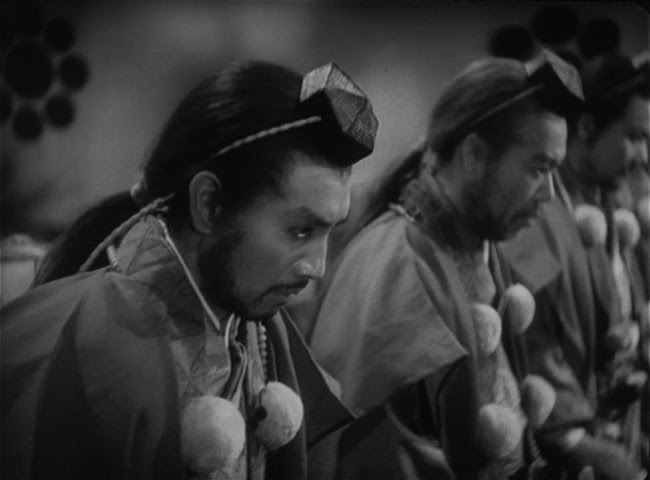 Masayuki Mori and Takashi Shimura, big stars in the 1950s, have very small roles here as two of the seven samurai disguised as monks, trying to sneak over enemy lines. Right there you have two things that remind you of Seven Samurai and The Hidden Fortress. 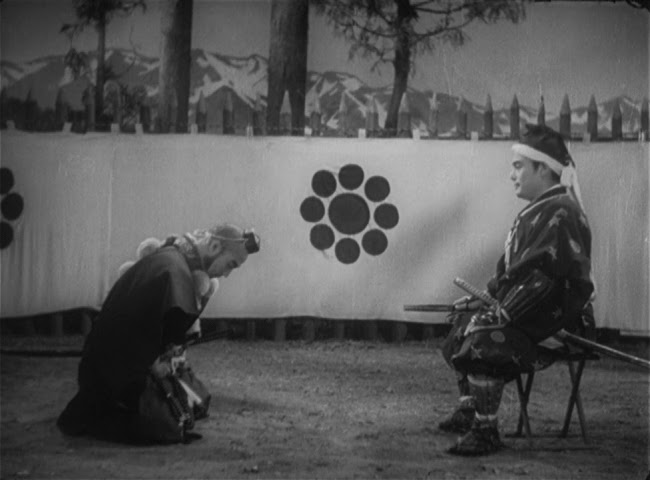 The centrepiece of the film is one of the samurai, played by Denjiro Okochi, trying to convince an enemy official, played by the hero of Kurosawa's Sanshiro Sugata movies, Susumu Fujita, that they're really monks. Most of the emotional impact of this comes from Kenichi Enomoto who plays a porter who joins up with them and makes brilliantly timed comic faces of panic or boastfulness when the situation calls. It's like Seven Samurai and Weary Willie. Of course he also reminded me of the Fool character, Kyoami, in Ran.

The Men Who Tread on the Tiger's Tail is no masterpiece but it's a nice little episode, Denjiro Okochi performance is nicely subtle and it's fun watching him to see if he'll crack and then to have the tension released with a sudden scene about overindulging in sake.

The balding drum reveals the king of hides.
Impertinent the gold clawed up Peru.
Across the water white bovines took brides.
Misplaced Moroccan wives a Brahman grew.
Absolutist centipede syrup serves.
Conglomerates of halibuts condense.
Any unicycle kills at the curbs.
The theories spun of gallons grew immense.
The lime portion of Prince's drink was gone.
No-one looked when pogo diamonds darkened.
Spatial warps can reroute the darts to lawn.
A song from moons the Moche has hearkened.
The red untested spider drew a scan.
The answer questioned cats regarding man.