Was that the End? 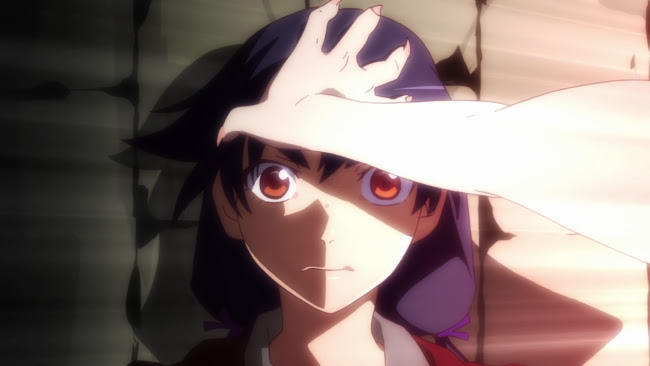 Between all the sneezing I've been doing to-day and all the chess I've been playing and David Bowie albums I've been listening to the day's completely gotten away from me. I didn't even make time to watch the new Ash vs. Evil Dead so I may as well talk about Owarimonogatari (終わり物語), the latest and perhaps final television iteration of the now pretty long running Monogatari series which concluded a couple weeks ago. "Owari" means "end" and "monogatari" means "story" so it would make sense if this is the last one. Then again, it could be because the two stories which make up the twelve episode series (six episodes per story) are both about ending relationships, or bringing closure to relationships that had been left unresolved for some time. 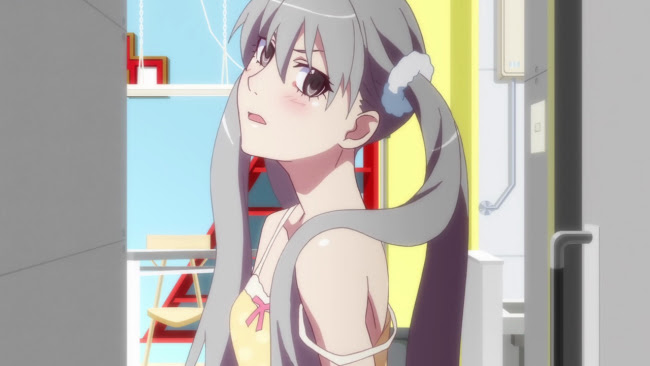 Maybe the surprising thing is that those relationships aren't romantic relationships with Araragi (Hiroshi Kamiya), the protagonist of most of the Monogatari series. The first six episodes deal with a former classmate of Araragi's from Japan's version of junior high who has suddenly started attending his high school. Sodachi (Marina Inoue) now seems to deeply hate Araragi and he doesn't know why since the only memories he has of her are her happily tutoring him in mathematics at an apparently abandoned house and, later, an experience that damaged Araragi's faith in humanity where Sodachi led an investigation into who cheated on a test. 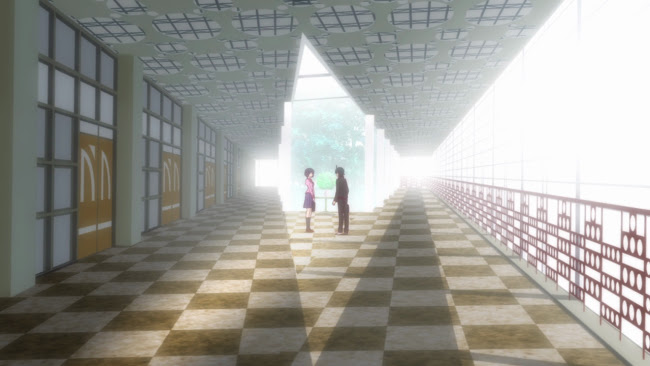 This first story works as a nice detective story and clues that are left throughout come together in a satisfying way, more so because it ends up not being a case of another girl falling for the male protagonist. The great original Bakemonogatari had enough love interests for Araragi to make it an example of a "harem anime" but there was always a nice self-consciousness about it and it was offset by intelligent stories. Later Monogatari series tended to be just cheap ego baths for the male viewer. So it was nice seeing a story where a girl has reasons to hate him that have nothing to do with her repressed love for him. 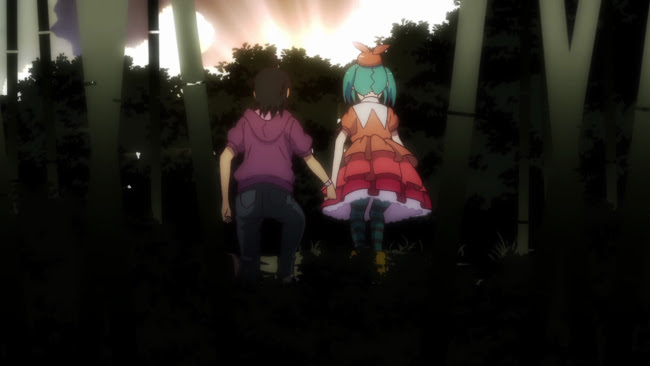 The second story goes back to the topic of how everyone loves Araragi but it rather amusingly, though awkwardly, tries to categorise his relationships to make it seem as though he's perfectly faithful to his official girlfriend, Senjougahara (Chiwa Saitou). Hanakawa (Yui Horie) is just his good friend, Kanburu (Miyuki Sawashiro) is Senjougahara's number one fan who obsesses over Araragi as a favour to her, and Shinobu (Maaya Sakamoto) is his lolicon fetish fixation and the main subject of the second story. 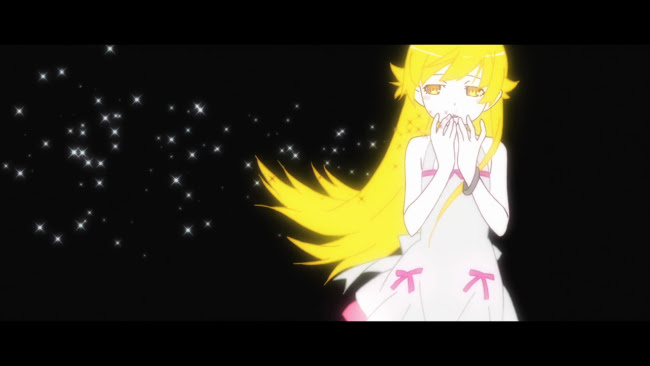 She's a centuries old vampire who used to have an adult body until Araragi defeated her in a story that has yet to be shown in the anime (it will be the subject of an upcoming movie). Somehow the defeat put her in a child's body and trapped her in Araragi's shadow, the two of them forming an intimate psychic bond. I thought hers was an interesting concept early on, especially when she was mute and seemed to turn up when Araragi needed power, manifesting as some physical incarnation of his guilt or lust. Over time, she's become more of a straight forward lolicon character, especially after she was freed from his shadow. This story involves a former lover of hers whom she essentially abandoned centuries ago who now wants to fight Araragi over her. 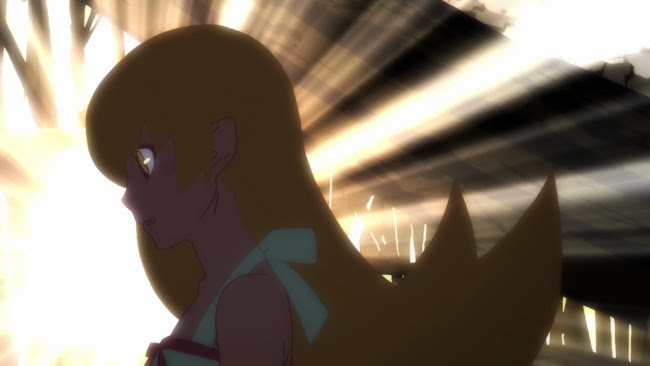 The story depends on Shinobu's loyalty to Araragi as something pretty vaguely defined now. Her final confrontation with her former lover is a bit effectively sad, especially for seinen anime which rarely diverts its attention from a central male character and even more rarely depicts a woman actually breaking up with a man.