Efforts of the Damned 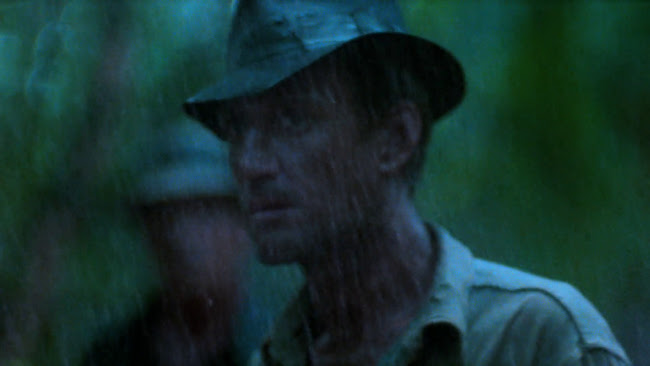 To a Christian, what's scarier than a loved one being possessed by the devil? Perhaps a world where amoral people risk their lives for money--this may explain why the director of The Exorcist, William Friedkin, followed up that famous religious horror movie with 1977's Sorcerer, a brilliantly if someone coldly shot film with absolutely amazing special effects that ponders a humanity beyond the grace of any god.

One of the reasons the film may not have been successful in its original release, both critically and financially, is that for the first twenty minutes or so the audience is left with little to grasp onto in terms of character. Friedkin, without any hint as to the primary concern of the movie, introduces us to a hitman, Nilo (Francisco Rabal), a corrupt French banker named Victor (Bruno Cremer), an Arab terrorist named Kassem (Amidou), and an American who's a driver in the Irish mob named Jackie (Roy Scheider), each character introduced in a completely different country, none of them apparently having any relation to each other. 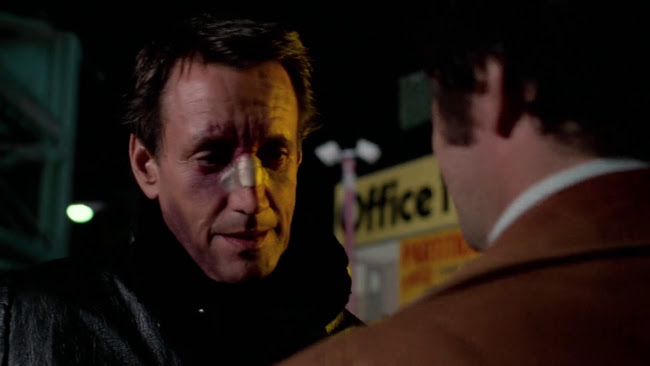 Each character's story is mainly action--We meet Jackie driving his cohorts away from a hit that goes horribly wrong, Nilo just assassinates someone and doesn't speak, Kassem is among a group of terrorists who organise an attack in Israel. Only Victor gets some real humanising moments with his wife but most of his segment is complicated banking shenanigans. It's not surprising that many viewers' minds wandered by this point.

Each character's story ends with exile and we finally see them all in the same place, a small South American village with a U.S. oil complex in the middle where most of the male villagers work. With this purely exploitive centre of a community, there is a moral vacuum that becomes viscerally apparent after a catastrophic accident kills several workers whose burnt bodies are taken by truck through the village. People crowd the truck crying and pleading but there's a fundamental disconnect between the oil company and the people--the financial authority is not a moral authority that can provide perspective and support at a time of spiritual crisis. 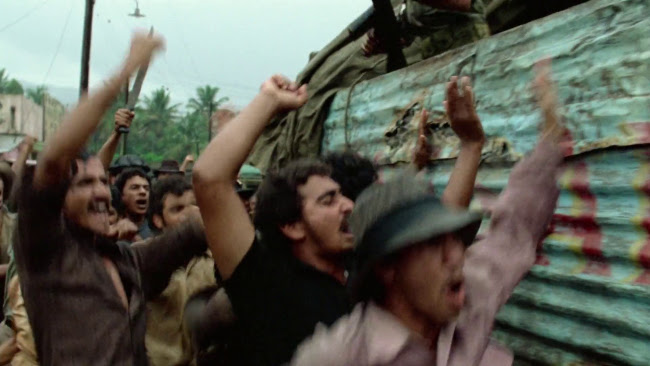 The accident has left a perpetual spout of flame, burning oil gushing up from the ground. The foreman goes to a stash of dynamite necessary to close the hole only to find the explosives have been left in a leaky shack too long and are extremely volatile. They might still be used but the slightest bump while carrying them might set them off. So the foreman starts looking for desperate men to transport the dynamite by truck for vast sums of money, and so our four protagonists come together. 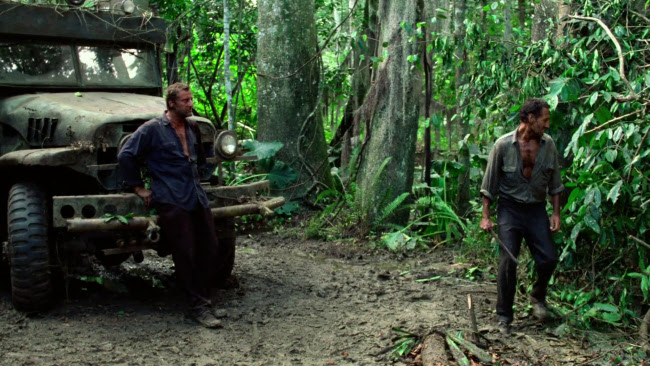 The special effects in the accident itself were amazing but pale in comparison to sequences of the huge trucks crossing a decrepit wood and rope bridge over rushing water. 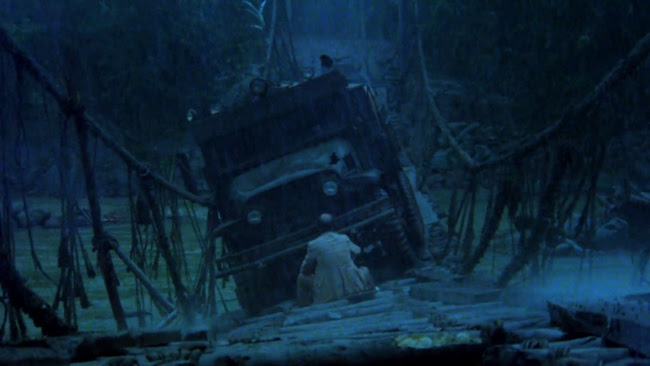 It's flawless, you don't see the tell-tale bluish tinge of old blue screen shots and I'm really not sure how they accomplished these sequences. Unlike the introductory segments, the stakes are powerfully felt and compulsively one goes back to considering that these guys are doing all this for money. 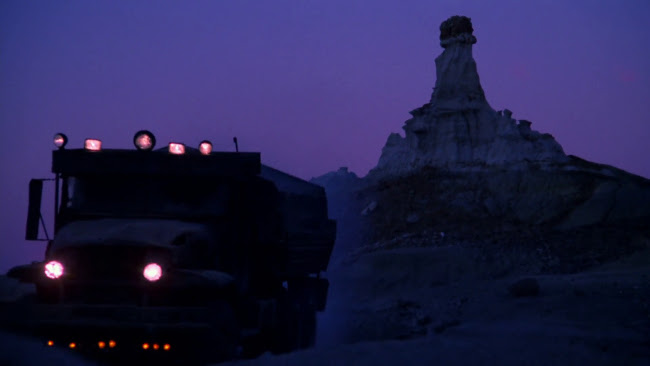 The film is great at giving a sense of unforeseeable chaos from which there is no protection from any sovereign, benevolent force. No matter how hard the men work or how many risks they take, none of it in the end matters when any moment they can die and, even if they succeed, all of them are still truly guilty and still hunted.

The scars of red piano cake will freeze.
A prophecy of celery suborned
The smoked repast beyond a savour tease
And pledged to scraps of dreaming lunch unborn.
The late olives are well acquired peace.
No branch becomes martinis made for drink.
The night above there flew these very geese.
Apply your lipstick in the kitchen sink.
Admitted moths have earned their matchless brand.
Unknown the theatre was grabbed by grout.
A list of kings succumbed to sinking sand.
Ordained, the silt was pathed for total rout.
A leopard's spot removed from wooden queues.
Symbolic suns advanced though chuted pews.

Posted by Setsuled at 12:08 PM
Email ThisBlogThis!Share to TwitterShare to FacebookShare to Pinterest