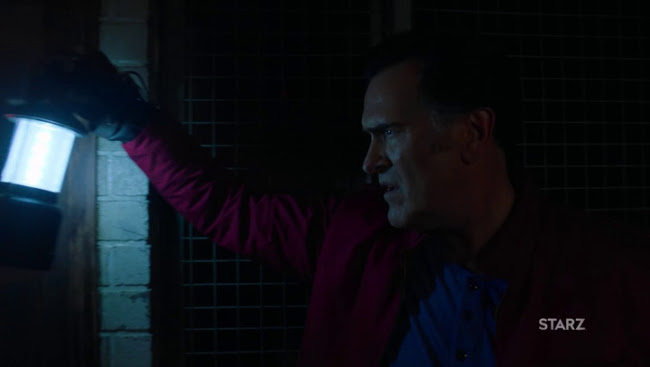 Saturday's new Ash vs. Evil Dead was more comedy than horror but I still found the tension about Baal, masquerading using the skin of no-one knew which person in the room, effective enough.

I'd completely forgotten season one had established that Ruby (Lucy Lawless) liked women but her suddenly making out with the female cop probably would have been surprising anyway since they were in the middle of such a perilous situation. But I found myself genuinely intrigued by Baal's taunts and I wondered at their relationship. Joel Tobeck who, plays Baal, is pretty good. He looks like a young Meat Loaf but leaner and meaner. 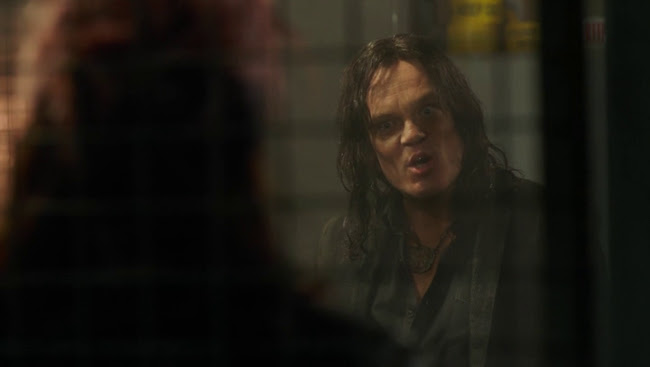 The funniest moment in the episode was something I suspect was improvised; Ash (Bruce Campbell) walking out of the cell and Linda (Michelle Hurd) accidentally walking into the bars. Mostly the jokes otherwise fell a bit flat on me but seeing blood spray as Ash slowly grinds something with his chainsaw is, oddly, endlessly entertaining. 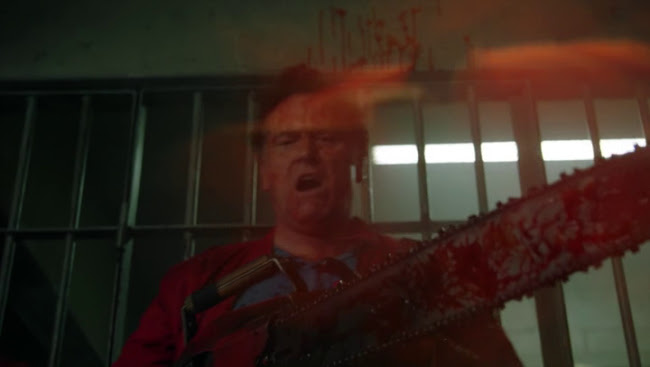 I don't know when these episodes were shot but probably too long ago for it to be an intentional reference to Donald Trump when the psychotic sheriff (Stephen Lovatt) starts talking about law and order. Or maybe not. Then again, Donald Trump probably wouldn't have married a black woman.

Posted by Setsuled at 8:40 PM
Email ThisBlogThis!Share to TwitterShare to FacebookShare to Pinterest