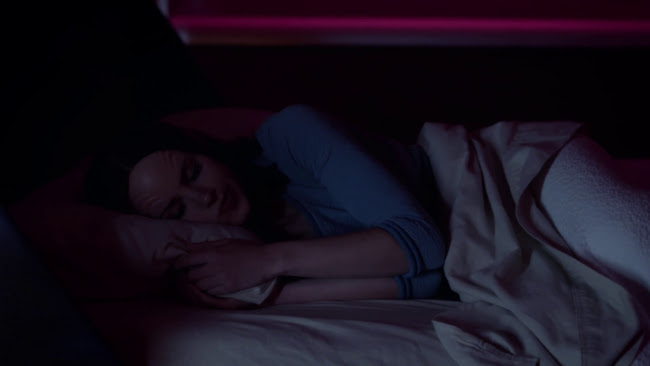 Last night's new Orville, "Firestorm", seemed mainly to be another set of homages to Star Trek until the end when it took things in a surprising and satisfying direction. Directed by Brannon Braga and written by Family Guy writer Cherry Chevapravatdumrong, the episode is an entertaining and effective contemplation of an individual's ownership of her own fear. 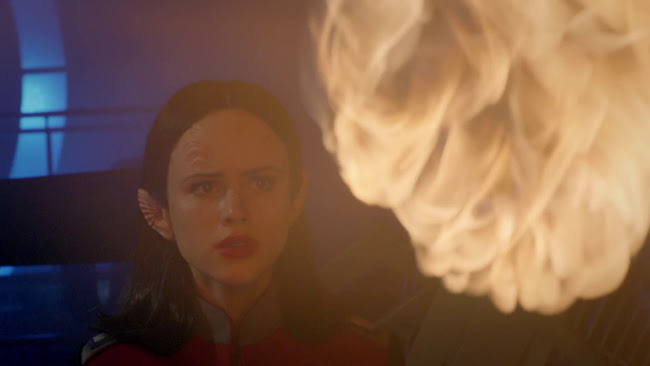 The episode begins with a provoking dilemma for Alara (Halston Sage) when the super strong head of security fails to rescue a crewmember trapped under debris because she freezes at the sight of flames. Caught off guard by her own unexpected psychological response, she immediately wants to resign but Captain Mercer (Seth MacFarlane), like the rest of the crew, realises she's being too hard on herself. But even Mercer, in a nice scene reminiscent of Picard compassionately addressing a crewmember's issue with them in his ready room, recommends that Alara look into the evident fear she has of fire. 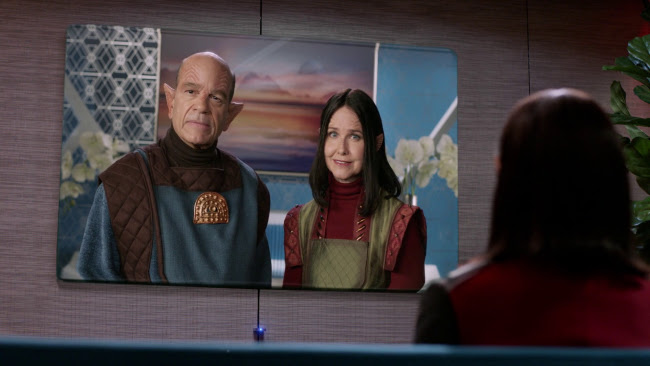 This leads to an amusing cameo from Robert Picardo, the first major Star Trek star to cameo on the series, and he and Molly Hagan are perfectly cast as Alara's parents. They all three have kind of the same mannerisms and vocal inflections and they kind of look alike. And, on a side note, it's nice to see Sage has ditched some of the stilted delivery from earlier in the season.

Her parents inform her that she had a traumatic experience with fire as a child and this could have led to lifelong psychological effects. 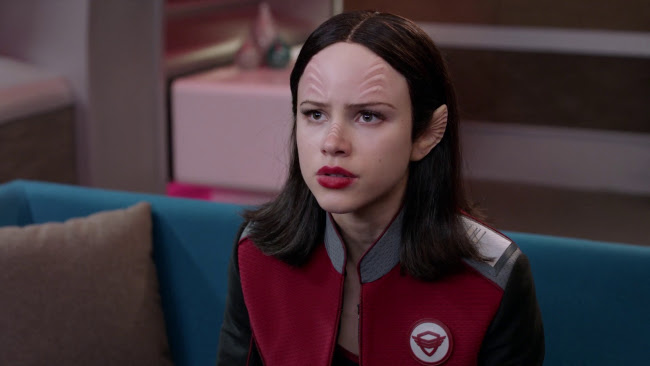 Chevapravatdumrong has a Juris Doctor degree from New York University Law School and she majored in psychology at Yale--a resume I honestly would have never expected from a Family Guy writer but makes sense for this episode of The Orville. Obviously Alara can't expect to be given a heads up every time she runs into fire so she has to deal with the problem. By combining a hallucination plot with a memory wipe plot, Chevapravatdumrong comes up with a perfect solution for Alara who basically gives herself a crash course in all possible debilitating frightening stimuli. What seems like a story about how Alara is victimised nicely turns out to be one of extraordinary empowerment. 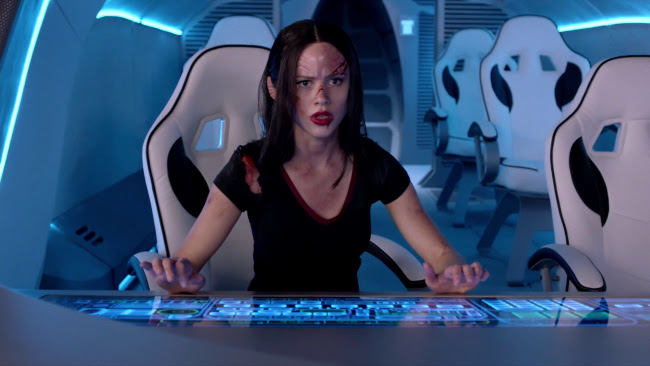 The effects were nicely done, I liked the nods to Aliens in the score and in the shots of Alara running down corridors with a rifle and a ripped shirt. The humour didn't always work for me in this episode but I liked Ed mistakenly thinking the regulation Alara invoked was the one forbidding bare feet in engineering.

Posted by Setsuled at 2:17 PM
Email ThisBlogThis!Share to TwitterShare to FacebookShare to Pinterest