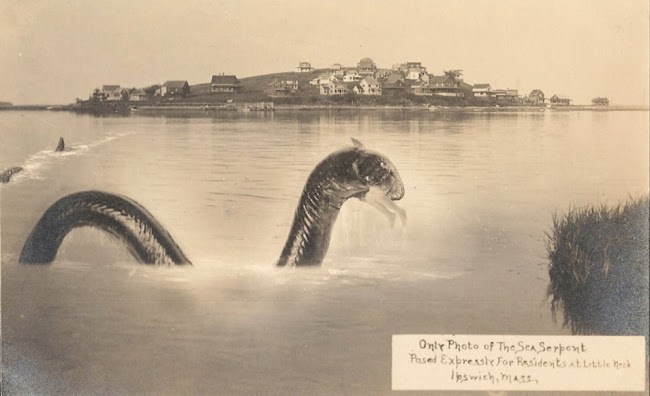 One of the most important things about effective weird fiction is for the prose to give a sense of the visceral experience. Caitlin R. Kiernan excels at this as she shows again with this month's new Sirenia Digest and its story, "Albatross (1994)".

As is often the case with Kiernan's work lately, it's not exactly linear, though the events presented are more or less in sequence. But she takes the sensory impressions of one experience and spreads them out over the rest of the story like a bassline. These impressions involve direct contact with the sea and the effective ruminations on the nature of that experience shade the descriptions of a mysterious, gigantic carcass washed up on the beach in an interesting way.

The influence of Lovecraft is as always very clear in her work and he was very good at understanding this kind of prose too--the necessity of capturing the thought processes of, and sensations experienced by, the central character. It's only in that amber that the specimen of alien creature of supernatural monster is captured, after all. So a few drops of the bizarre blooms into a full flower of really effective fiction.

Lately I've also been reading the first chapters of Dead Shrimp Blues by Kiernan's friend, Billy Martin, which you can read on Martin's Patreon. This is the unfinished sequel to the Liquor novels Martin published when he was going by the name Poppy Z. Brite. I liked Liquor a lot so it was nice catching up with the characters. But my favourite part is in the first chapter concerning a death resulting from a possibly bungled crime that has the kind of macabre irony combined with a sense of life's authentic weirdness that puts me in the mind of the Coen Brothers or Edgar Allan Poe. Become a donor to Martin's Patreon to check it out--his mother's in the hospital so this would be a good time.

Posted by Setsuled at 11:15 AM
Email ThisBlogThis!Share to TwitterShare to FacebookShare to Pinterest