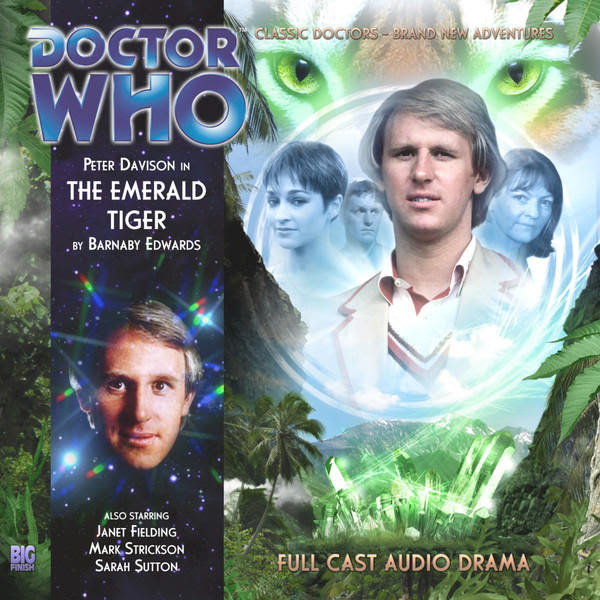 The works of Rudyard Kipling and William Blake find their way into the 2012 Doctor Who audio play The Emerald Tiger, an entertaining adventure for the Fifth Doctor. Most of the twists are pretty obvious but the usual good chemistry between Five and his three companions pairs well with peril in 1920s India.

The audio play features Cherie Lunghi, whom many might remember as Guinevere in John Boorman's Excalibur, here playing Lady Adela who's caught up in some terrible trouble involving tigers who can talk. She and Peter Davison are really good together and I wouldn't have minded hearing her brought on as a regular companion.

Later in the audio play there's a kid who grew up in the woods having learned English from Kipling's The Jungle Book. Despite the obvious fondness the audio play's writer, Barnaby Edwards, has for Kipling, he has the Doctor criticise the arrogance of British colonialism in the person of a Major Haggard played by Neil Stacy, an actor with a deep voice, always nice in a villain.