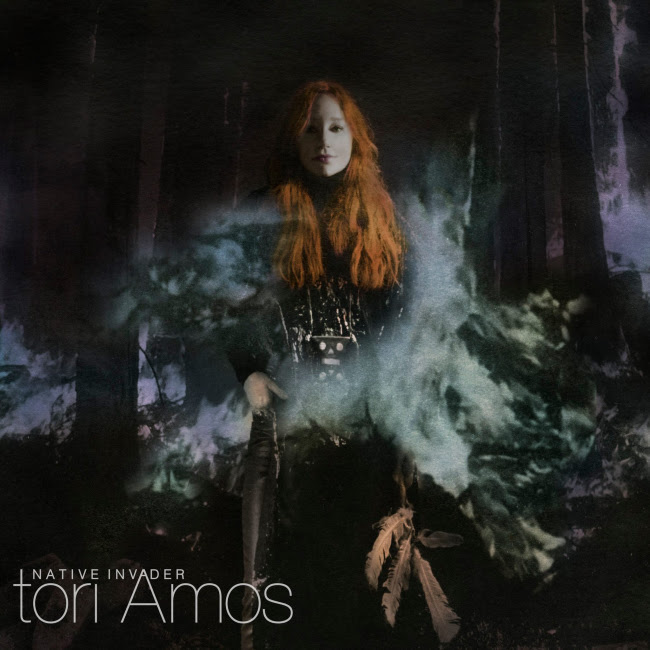 Last night I went to the Balboa Theatre downtown here in San Diego to see Tori Amos perform. It was a very nice concert in a lovely, relatively small venue. I was with my friend, Theresa, who had invited me to join her. We both became big Tori Amos fans in the 90s and Amos' first five solo albums remain among my favourite rock albums of all time. Lucky for me, she mostly performed songs from those albums last night, completely omitting songs from her new album, Native Invader. Which seems a strange move, considering the tour is presumably meant to promote said album. She's been asked about this in at least one interview and her response is a big vague. "The new record," she says, "has been a bit shy." She adds, "Because it was so produced it's been tricky on how to rearrange it to make it work live."

Produced is right. I bought the new album last week in anticipation of the concert and it mainly reminded me of why I'd reluctantly lost interest in her new work about five albums back. I bought The Beekeeper in 2005 but I couldn't tell you about a single song on it. Native Invader similarly fails to leave any kind of impression with sadly, flatly literal lyrics buried in murky, overwrought production.

She may seem weak
We may be battle-weary
Still those songlines sing
From our Great Lakes
To our sacred Badlands
Over sweet prairies
No, I'm not letting go
I won't be silenced or frozen out
By those who must account
In our Senate and in the House

The song lacks the passion to give it the drive of a Woody Guthrie or Neil Young style political song these kind of lyrics might suggest. Her best lyrics were often strange, surreal, propelled by anxiety and fury that gave very personal meaning to dreamlike imagery, and this was in evidence last night in a wonderful performance of "Space Dog" from her second solo album, 1994's Under the Pink.

This song, written back in the 90s, is far more eloquent about to-day's political and social landscape than any of her new material. It communicates the treachery of an ever changing perspective in the media. The line, "And to the one you thought was on your side, she can't understand, she truly believes the lie," conveys the experience more and more people are having in being alienated from friends and loved ones because of seemingly freshly acquired, deeply held beliefs and faith. The "Space Dog" subject of the song becomes the absurd object of a reflexive faith in a system. "He's our commander still," the line could indicate the pervasive influence of a system of thought or belief long thought overcome yet still manifesting unexpectedly now and then. It could also mean the continued presence of Donald Trump in the White House.

If you ever get frustrated with the tactics of the left in the media to-day or get blindsided by a vitriolic attack in an internet forum or Facebook, whatever your reaction is, I advise you to do one thing before saying anything. Remind yourself that a man was elected president after he bragged about sexual assault. I truly think that, in the long run, all these people being fired and shamed instantly upon news of any allegations is going to do more harm for women, in the industry and the country, than good. But knowing the motivations behind this rashness makes me sad more than angry. It's like watching an enthusiastic cavalry charge leaving behind a vulnerable infantry.