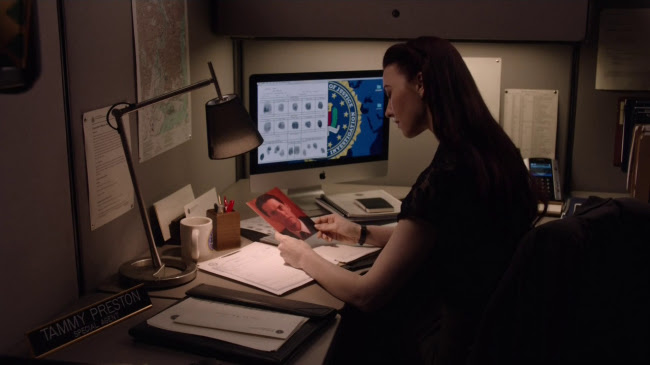 I spent a few days devouring Mark Frost's Twin Peaks: The Final Dossier, a short book that any Twin Peaks fan would read in double time. But I haven't read The Secret History of Twin Peaks, also written by Mark Frost, released before the première of season three. Partly I avoided it because of this quote from David Lynch from a press conference:

Lynch's emphasis on "his" made me think the book reflected a perspective on Twin Peaks Lynch didn't share. I was reminded that Lynch and Frost parted ways creatively after the series and that Frost didn't contribute to the screenplay for Fire Walk with Me. I wondered if their reunion for the series return was on the condition that Frost be allowed to put out his version of events in book form while Lynch was the dominant creative control on the show itself.

I can only guess what the differences in perspective might be. When reading the Dossier I tried to spot contradictions and inconsistencies compared to the show. Aside from the fact that Agent Preston is referred to as "Tammy" on the show--even the plaque on her desk says "Tammy"--and in the book she refers to herself as "Tamara", I only caught one real contradiction--on the subject of Judy. The Dossier takes the form of a report from Preston to Gordon Cole and in the section on Judy she makes inferences and deductions based on Phillip Jeffries' statements in Fire Walk with Me and on some info found in Buenos Aires. She doesn't once refer to the great deal of information on Judy supplied by Gordon himself on the show. This made me wonder if I was right in one of my earlier suspicions regarding the disagreement between Lynch and Frost, that Lynch preferred a more spiritual explanation for the strange forces operating in Twin Peaks while Frost preferred an extraterrestrial one. As it is, the show mixes the two together a lot with references to Project Blue Book and Major Briggs monitoring the skies alongside things like Hawk's map or the angel in Fire Walk with Me.

The book also doesn't spend much time talking about new characters. The only new character from the third season who has his own section is Ray Monroe. It's no surprise that characters like the Mitchum Brothers, Candie, or Janey E wouldn't figure in the book since it's supposed to be about the residents of Twin Peaks but I was surprised by the absences of Carl and Miriam. I actually really wanted to know what happened to Miriam.

The urge to find out "what happened" was the main compulsion behind reading the book, of course. The show does an excellent job of piquing your interest and leaving it piqued. A review of The Final Dossier I read yesterday describes the differences between Lynch and Frost as being the differences between "artist" and "storyteller". This isn't accurate enough for me. I'd say the difference is more like the difference between "sensation" and "exposition". I would say both involve art and storytelling. I think Lynch would argue the experience of watching the Fusco brothers grin stupidly at each other conveys a story that couldn't come across in words. Stories are more than words. But words are pretty good too.

The Dossier spends a surprising amount of time catching us up on season two characters--I was particularly interested in learning more about Annie Blackburn. I'd heard there were some intriguing contradictions about her in the Secret History, also related to contradictions involving her relationship with Norma and their mother, played by Jane Greer in season two. Who knows if these were mistakes on Frost's part--given Lynch's love for mistakes, I think he'd likely focus on the strangeness of the discrepancies but Frost endeavours to tie up all lose ends logically as possible. So references to Lana as the winner of the Miss Twin Peaks contest in Secret History are explained by Annie being stuck in a coma requiring the runner up to assume duties. Frost surprisingly spends time delving into Lana's subsequent biography which includes an obliquely referenced affair with Donald Trump. This was both amusing and unpleasant--it's nice to get away from any mention of that asshole but it actually makes perfect sense Lana would seek him out.

Frost's explanation for Norma being an only child and also having a sister is a little more complicated but it results in Frost giving a much bigger back story to Vivian, which, considering she was played by the noir great Jane Greer, I did kind of appreciate.

So the book did satisfy some of my urge to know the scoop. At the same time, if Lynch wants to contradict any of it in the future, I'd be perfectly happy to go on that ride.

Posted by Setsuled at 12:03 PM
Email ThisBlogThis!Share to TwitterShare to FacebookShare to Pinterest