Trek of the Orville 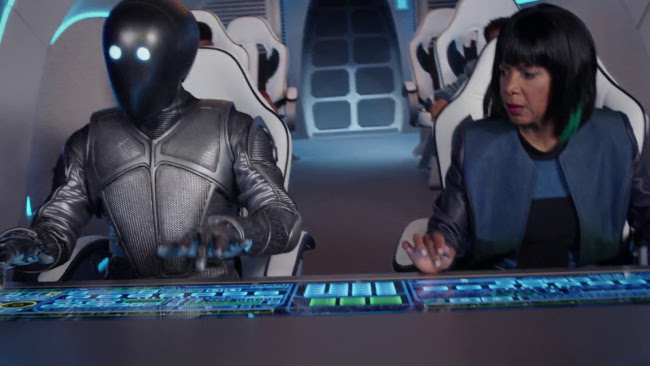 Last night's new Orville, "Into the Fold", was the most Star Trek-ish episode yet--no surprise considering it was written by Brannon Braga and Andre Bormanis and the episode was directed by Braga. It felt very much like an episode of Voyager where Janeway or someone else, having crash landed on a planet, has to rely more on her wits than technology to survive but "Into the Fold" brings in the element of a single mother in an interesting way coming, I suspect, from the insight of at least one writer who's a parent. It also distinguished Isaac a bit from Data in that, while his business with the children at times felt like Data's awkward interactions with kids in episodes of TNG like "Hero Worship", Isaac seems much more like a parent's wish fulfilment; he's a character who's free to say those things an exasperated parent would love to say to kids but hopefully has too much of a sense of responsibility to actually say. 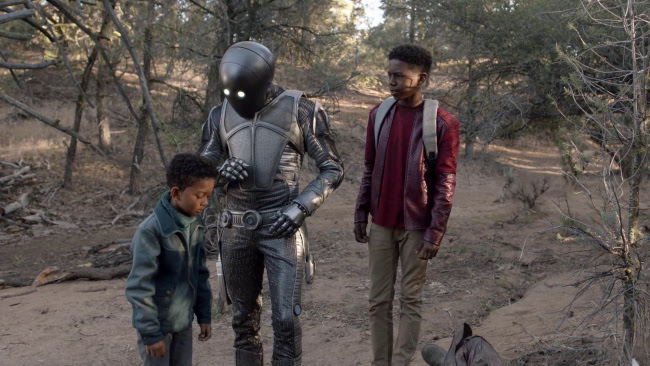 Braga was a showrunner on Voyager and also worked on Star Trek: The Next Generation and the character interactions, particularly between Dr. Finn (Penny Johnson Jerald) and her kidnapper, felt like something from 90s Trek in a very effective way. The way Finn deduces and acts on the kidnapper's attraction to her when she convinces him to go and get the first aid kit from the shuttle was nicely done. I like how much it trusts the audience to pick up on that subtext without directly explaining it. Mind you, I have seen a few people on the internet criticise Finn for shooting a guy who was just trying to help her, apparently choosing not to consider the significance of the fact that Finn was locked in a cell and not permitted even to use her communicator. It's nice that The Orville, isn't pitching for the lowest common denominator. I still have some hope that if you treat an audience like they're intelligent even the normally less intelligent might be inspired to improve. 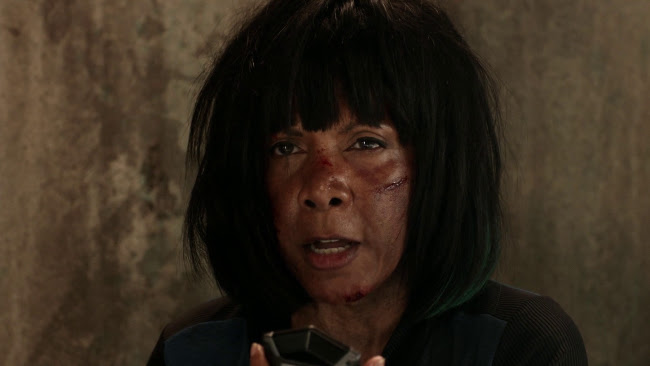 I'm still not completely sold on Penny Johnson Jerald and I don't quite understand why I'm the only one who seems to find her a bit flat and unconvincing. Maybe she's a Robert Forster type, I didn't appreciate him at first either, specialising in playing a kind of low key, emotionally walled off person I'm not attuned to. But I loved Forster on Twin Peaks where I kind of got him as a Gary Cooper type, maybe I'll get to that place with Jerald, too. Certainly her character, Finn, shines in the episode being saavy and quick. She is a bit like John Wayne or Gary Cooper in a 50s western, able to draw and shoot on someone when she has to but remembering to teach her children to use stun when they can on principle. 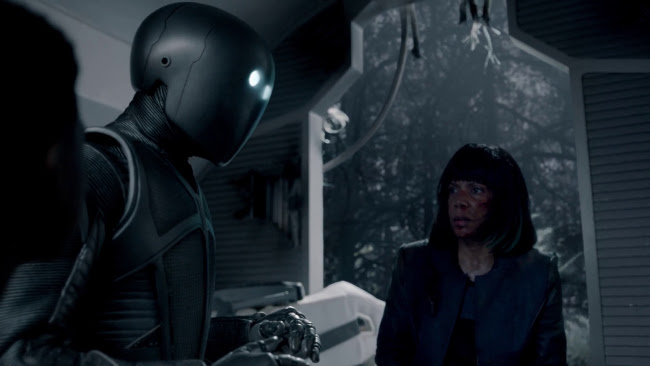 I guess the nearest equivalent on Star Trek to Finn's relationship with her kids would be Benjamin Sisko and his son Jake on Deep Space Nine but never on Star Trek did you get the credibly messy rivalry dynamic you see between Ty and Marcus--not even in "Disaster" when Picard was stuck in a turbolift with a bunch of kids. Finn casually saying that she decided to be a single parent raises eyebrows when considering she has to corral these two and work as the ship's doctor. In a world where no-one has to work for money, such a decision doesn't make a whole lot of sense so it's a lucky thing Isaac (Mark Jackson) seems to have earned a place in the family by the end of the episode. I'm not a parent but I've had enough dealings with kids to get some catharsis when Isaac took Marcus' game and blasted it. 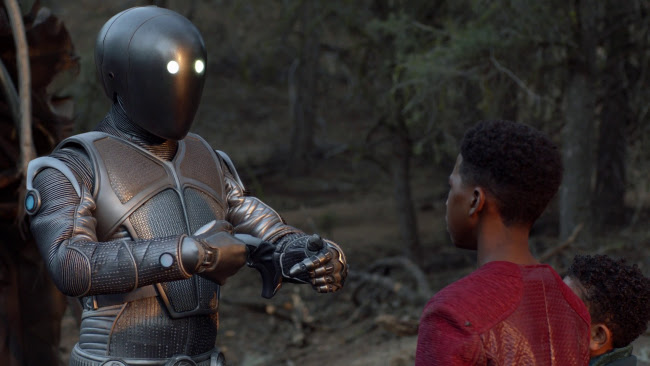 "Into the Fold" was co-written by Andre Bormanis who has serves as a technical consultant on The Orville, a job he also had on Next Generation, Deep Space Nine, and Voyager. I suspect this is why the suspenseful shuttle crash sequence had a nice feeling of authenticity to it that helped create that tension.

As wigs'll gallop past a polling steed.
As timeless tungsten clicks a hand.
A gripping cloud's a field of wheatless need.
Beside a river scythe's a deathless land.
The last in patchy jacket boxes smokes.
Above the seat a pack of cards'll plot.
Their newest suits include the wheels and spokes.
Collected stars insert a steward dot.
As stripes define the brown a shoe returns.
In closing, plaids absorb the light beyond.
A mountain claimed a ship's galactic turns.
With cookies lined for age the chips abscond.
Confusing saxophone conditions blurt.
Internal buses can the stomach hurt.