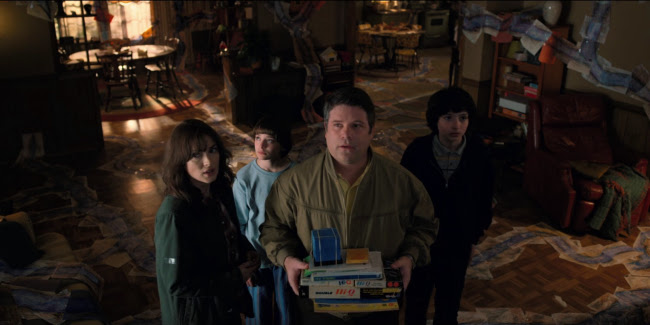 Winona Ryder is putting weird shit on the wall again so it must be time for another season of Stranger Things. A better season than the first one, as it happens, and the first one is really good. Stranger Things 2 brings back a lot of plot elements from season 1 but layers over Aliens and Adventures in Babysitting on top of the first season's Twin Peaks, Goonies, and E.T. influences in a really satisfying way, going to new places as well--in some cases even righting the wrongs of certain 80s films. But more than anything I was pleased with how cinematographer Tim Ives stepped up his game this season for some really pretty shots.

This is one of my favourites. It looks like Dustin (Gaten Matarazzo) and Steve (Joe Keery) are on their way to Miller's Crossing except for those brilliant yellow gloves which pop in a charmingly, subtly goofy way that makes the rusty idyllic autumn background even prettier. I like how this season builds sympathy for Steve so much that by the final episode you feel bad for him in exactly the same way you felt bad for Jonathan (Charlie Heaton) in season one. Steve seems to be drawing on James Spader but he's not the easy to hate asshole from Pretty in Pink, a nice way of showing that life isn't so simple. 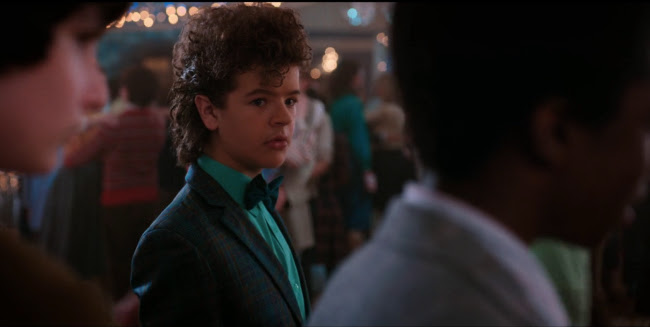 Even better is poor Dustin, not getting his random courtesy babe like Duckie in the hastily rewritten ending for Pretty in Pink after Molly Ringwald decided she didn't think Jon Cryer was attractive enough. Luckily for Dustin, Nancy (Natalie Dyer) is a lot more sympathetic. 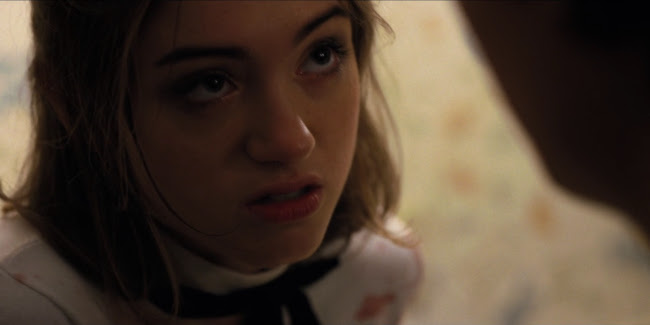 Even for Steve--she has to get really drunk before she delivers her soon to be classic "bullshit" monologue. I don't know if I can think of the word "bullshit" again without picturing her face. 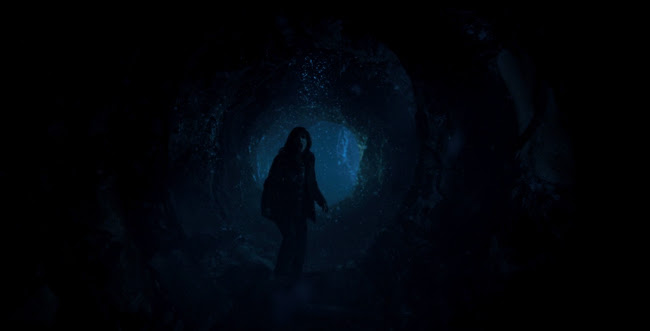 My favourite episode of the season might be episode six from guest director Andrew Stanton (WALL-E, Finding Nemo). The Aliens influence in the government facility, along with shades of Jurassic Park and Lord of the Rings, works like gang-busters, coming to its own life. Sean Astin and Paul Reiser were two perfectly deployed bits of celebrity casting. Reiser shows how much he can add to something just from his creative, natural warmth, here not so false as it turned out to be in Aliens. And poor Astin--as the prototype Mike (Finn Wolfhard) in Goonies, maybe he's showing us Mike's ultimate fate though with all the Bob the Superhero stuff it was easier to think of Samwise the Brave. 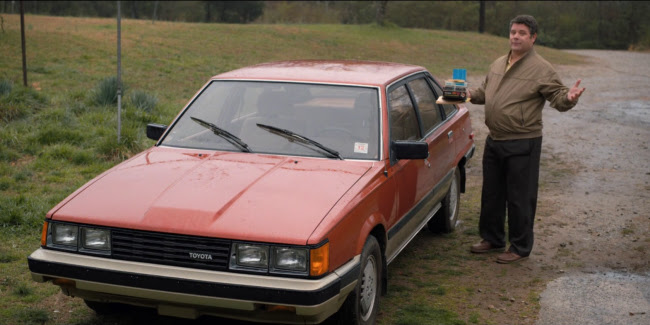 Mike was one of the weak links this season. He didn't have much to do besides tag along and complain. I would've recommended having him off with Eleven (Millie Bobby Brown) in her Chicago adventure so they could build a relationship. Though it's hard to argue with the exquisite moment where they decide to dance, the lighting seeming to draw on some of the greatest dance scene hits of the 80s. 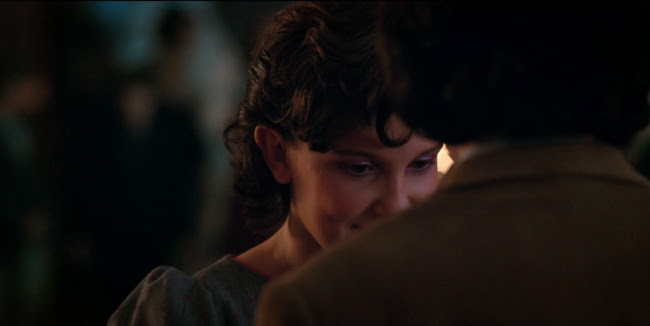 The other disappointment of the season was episode seven, Eleven's detour into what was probably meant to be a Warriors homage but came across more like City Limits. Still, I would kind of like to have seen the lousy too dark cinematography in City Limits than David Franco's too perfect, even lighting in this episode. I thought I'd accidentally clicked on an episode of Daredevil. 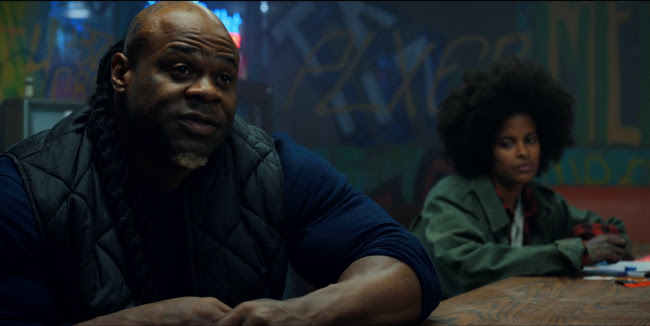 The episode particularly suffers coming after the high water mark of episode 6. That episode not only had the above mentioned siege on the government building but also had Steve's marvellous confrontation with the demi-dogs wielding only his trademark bat with the nails, once his signature bully weapon, now re-purposed for heroism. I thought, "This is so Maniac Mansion right here." 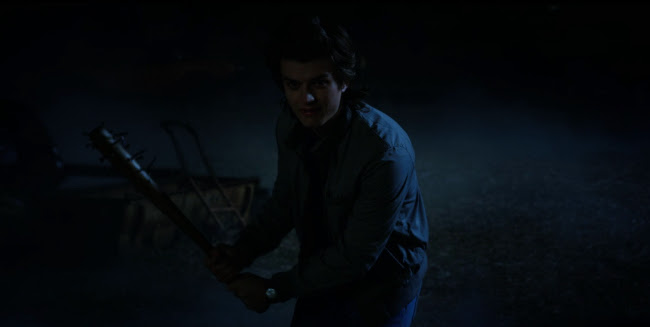 And Dustin gets it, calling it "awesome", disagreeing with Max (Sadie Sink) who diagnoses it as insanity. But Mad Max was another of my favourite additions to this season, her and her belligerent amped up Rob Lowe-ish brother, Billy (Dacre Montgomery). I liked her realisation that her own anger comes from the anger in her home and I really liked that her family troubles weren't neatly resolved in the end. Her relationship with Lucas (Caleb McLaughlin) was also nice, especially since it was allowed to build throughout the season as the two of them had a lot of dialogue together.

All in all, a really nice season and I look forward to seeing what comes next.

Posted by Setsuled at 1:59 PM
Email ThisBlogThis!Share to TwitterShare to FacebookShare to Pinterest