The World in a Tank 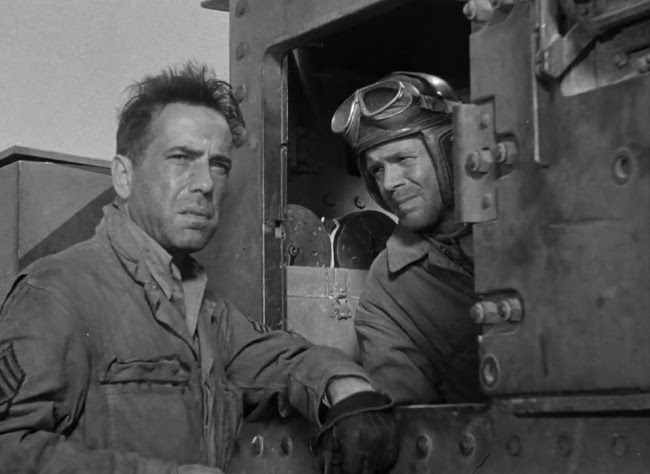 A small group of soldiers from different nations and cultures work together to survive against Nazis in 1943's Sahara. Some of the soldiers have family or lovers back home but they're led by Humphrey Bogart who says only about himself that he has no-one back home and he's therefore less important. Of course that makes him a symbol of the whole team in this wonderful action adventure war film. 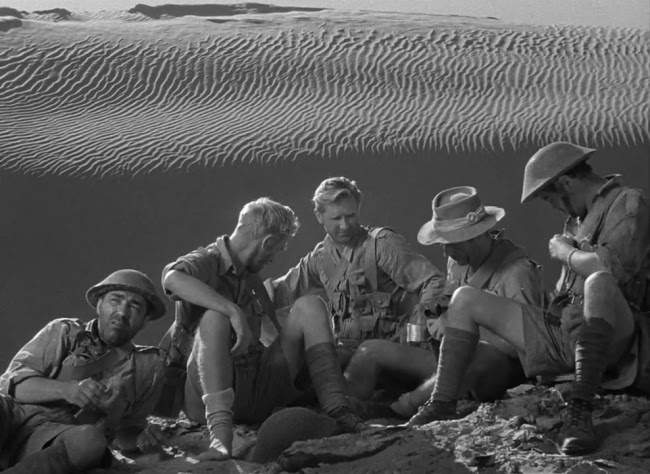 An American tank lost in the desert comes upon a small group of British troops as well as a French corporal (Louis Mercier) and takes them aboard. Since it's an American tank, the ranking British officer, Captain Halliday (Richard Nugent), cedes authority to Bogart's character, Master Sergeant Joe Gunn. The Frenchman agrees to come along because, he says to Joe, "I like your cigarettes." 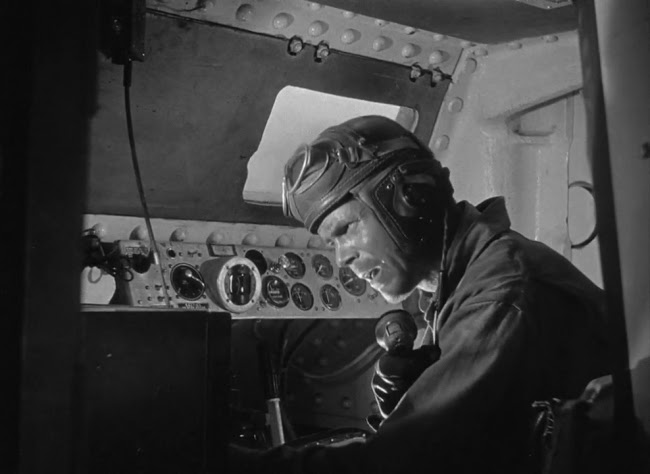 In addition to Bogart, the film also has noir great Dan Duryea as the tank's operator who in this film presents the casual, down to earth guy from Brooklyn as a counterpoint to the scale of the war and the situation. The tank crew is also eventually joined by a Sudanese officer, Sergeant Major Tambul (Rex Ingram) and his Italian prisoner, Giuseppe (J. Carrol Naish). 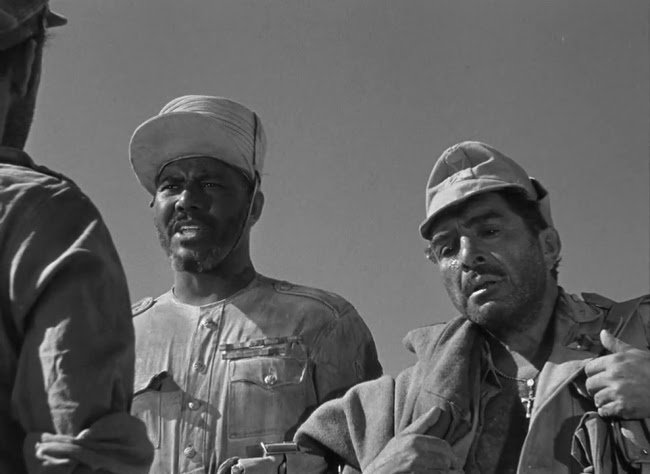 The film was directed by the Hungarian born Zoltan Korda who, like his brother Alexander Korda, had a career in England until the second World War compelled them to relocate to Hollywood. Zoltan had an executive producer credit on his brother's great 1940 version of The Thief of Bagdad. Also in common with The Thief of Bagdad, Sahara has a score by Miklos Rozsa and features Rex Ingram, who played the genie in the fantasy film. 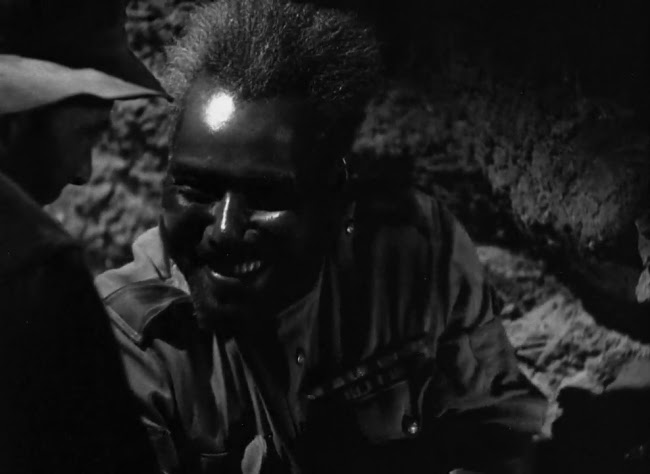 The American actor is never convincingly Sudanese but he gives just as assured a performance as he does in Thief of Bagdad but with the casual air of a human soldier rather than a mischievous godlike being. In a nice scene with one of the American soldiers, Waco (Bruce Bennett), the two express appreciation at the opportunity to learn more about the world in finding each other far more recognisably human than their seemingly disparate cultures might have led them to suppose. This is presented in opposition to the perspective of a Nazi pilot captured after an effective action scene where his plane crashes after strafing the tank. 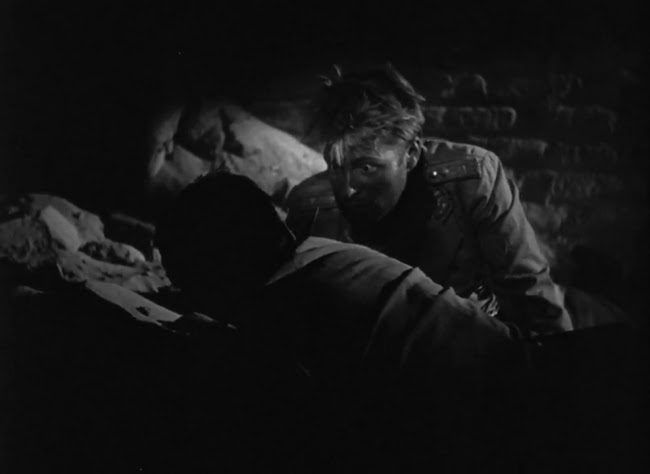 He, of course, is disgusted by being in proximity to a black man, something Joe mocks him for. Yet Joe's capacity for empathy extends even to the captives as the Italian soldier, despite being concerned for his wife and child back home, finds his sympathies going decidedly over to the Allied side due to the treatment he receives from Joe. 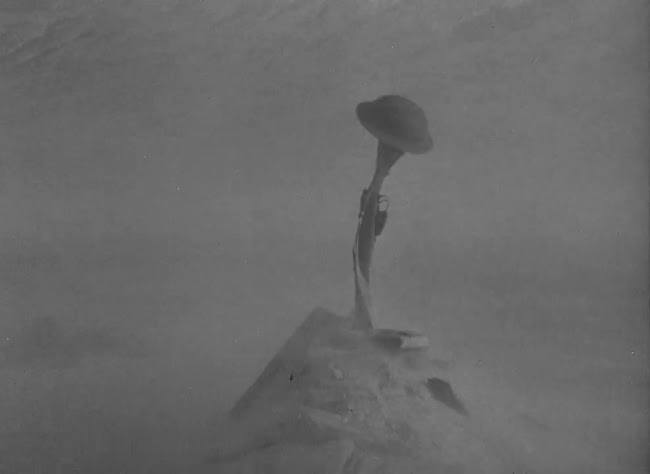 The film's climax pulls no punches, being effectively directed action and stirring storytelling, helped immensely by the lack of sound stages. Shot entirely in California's Imperial County, the heat of the desert is constantly in evidence from the beams of light on sweat and threadbare uniforms in Rudolph Mate's beautiful cinematography.

Posted by Setsuled at 11:16 AM
Email ThisBlogThis!Share to TwitterShare to FacebookShare to Pinterest