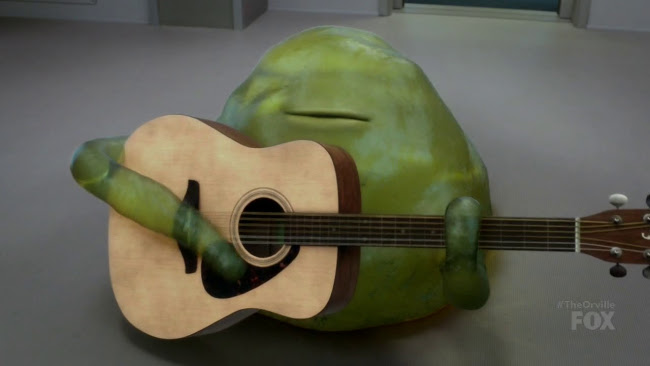 While The Orville is generally a mixture of drama and comedy, it showed last night that in the comedy department at least it can outdo Star Trek. The occasional comedy episode of any Star Trek series is usually pretty awkward but in a homage to the "Naked Time" and "Naked Now" episodes of Star Trek and Star Trek: TNG last night The Orville showed it's much more of a natural at comedy--even while maintaining the sincerity of its universe. A lot of the credit here goes to writer Liz Heldens and director Jamie Babbit who are both clearly more at ease handling relationship humour than MacFarlane and they finally gave Kelly (Adrian Palicki) more of a personality in the process. 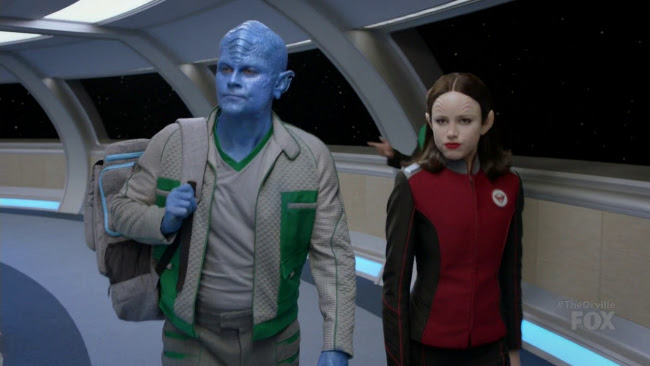 The episode also features a guest appearance by Rob Lowe, playing the blue skinned alien who was in bed with Kelly when Ed (Seth MacFarlane) walked in on them in the pilot episode. This is the crisis that led to Ed and Kelly's divorce so naturally it's uncomfortable that duty requires Lowe's character, Darulio, to be onboard in his professional capacity as archaeologist. He's examining the DNA on an ancient artefact that factors into territorial strife between two species with exceptionally impressive makeup and wardrobe. 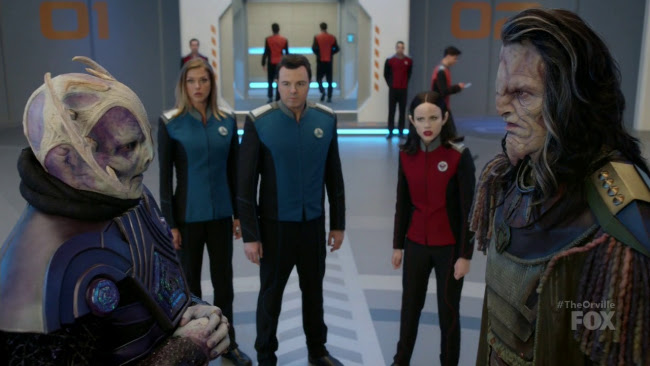 This subplot mostly falls by the wayside as Kelly finds her flame for Darulio rekindled. Ed, of course, is passionately angry until . . . he also falls for Darulio. 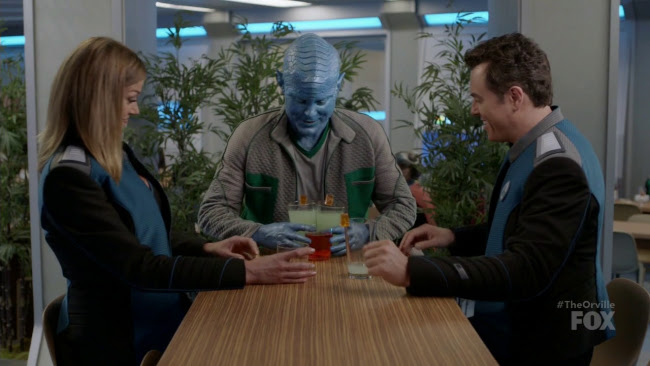 One review I've read has claimed that the joke here is that Ed is lusting after a man--something I'd find improbable just from the fact the episode's director is gay--but while Ed's monologue about the uselessness of labels is funny (as is Malloy's helpless counterargument "I--think it's just easier to have words . . .") the joke is in the extreme shift in Ed's feelings. This bit is at least as old as Midsummer Night's Dream but it's deployed well here and MacFarlane delivers Heldens' dialogue sincerely and with nuance. 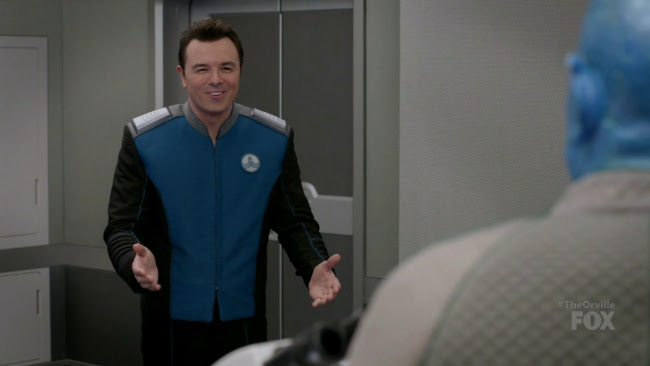 It ends up that Darulio's species emits some kind of pheromone when they go into "heat" that makes them irresistibly attractive, something that has an unexpected effect on the recurring slime creature named Yaphit (Norm Macdonald) who suddenly finds Dr. Finn (Penny Johnson Jerald) responding to his advances. The surprising part of it is how sweet Yaphit comes off showing Claire around his quarters and explaining how mitosis turned his mother into himself and his brother. 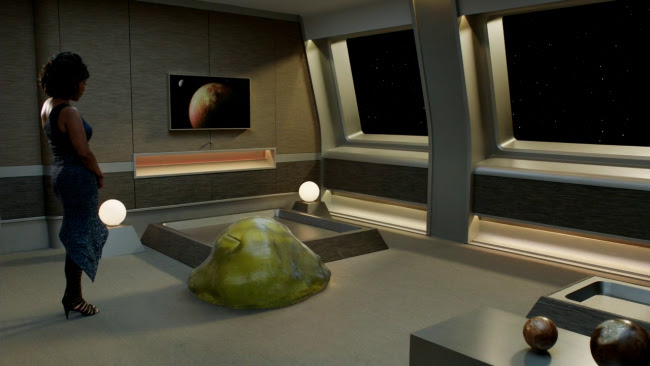 And this episode definitely had Kelly's best moments since she was interrogated by Robert Knepper. The scene where she thanks Darulio for the cheesy move where he brushes a stray strand of hair from her face was perfectly played by Palicki, her sudden clear attraction explaining why she's cool with the move being conveyed subtly to make the shift funnier. 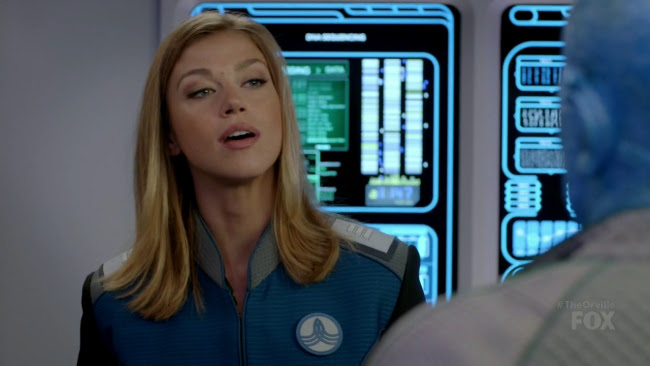 Also featuring some nice stuff with Alara (Halston Sage) getting business done and a surprisingly effective space battle at the end, this mostly felt like a light episode but it was still pretty satisfying.

Posted by Setsuled at 1:33 PM
Email ThisBlogThis!Share to TwitterShare to FacebookShare to Pinterest