A Murder Somewhere in the Shuffle 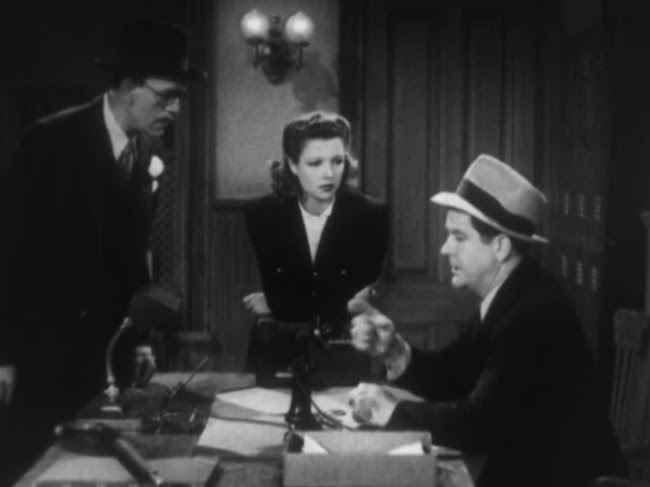 The powerful owner of a shipping company is murdered and only the legendary Mr. Wong can solve the mystery in 1940's Doomed to Die. Part of a series of B movies in which Boris Karloff played the famous Chinese detective, it's a cheap production and a peculiar--and amusing--mixture of hard nosed dialogue and almost childlike flippancy. 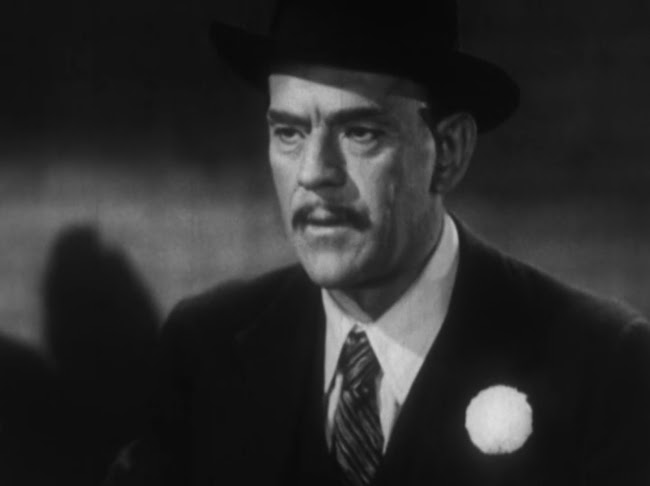 I wonder if Karloff accepted the role because he jumped at the chance to play a hero for once. He thankfully uses his own accent--in fact there's not much to establish him as Chinese except his eyes are taped back. The sixth film in the series which directly followed this one that same year featured an actually Asian actor in the role, Keye Luke, but, according to Wikipedia, film exhibitors lost interest in further pictures without Boris Karloff. Karloff is good in the role though it mainly consists of him being calm and insightful. 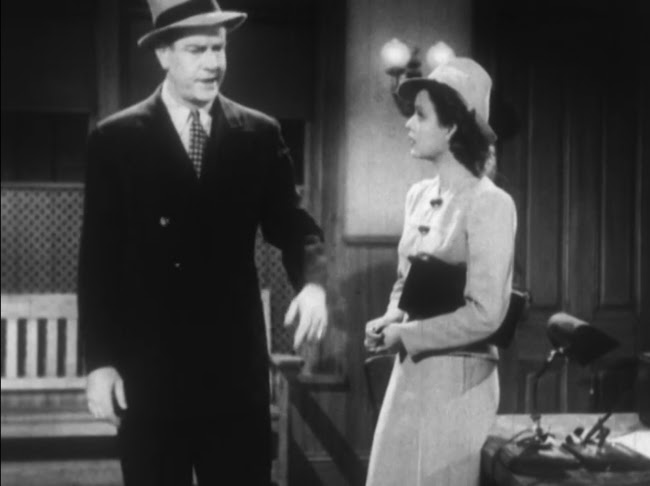 Most of what's delightful about the film is the banter between a doofus police captain named Bill Street (Grand Withers) and a reporter named Bobbie Logan (Marjorie Reynolds). Bobbie's friends with the daughter of the murder victim who's also the fiancee of the prime suspect. In one of the many examples of the film's tone deafness regarding the emotional toll of human mortality, Bobbie ecstatically tells the other woman, when Mr. Wong takes the case, she has "nothing to worry about!" 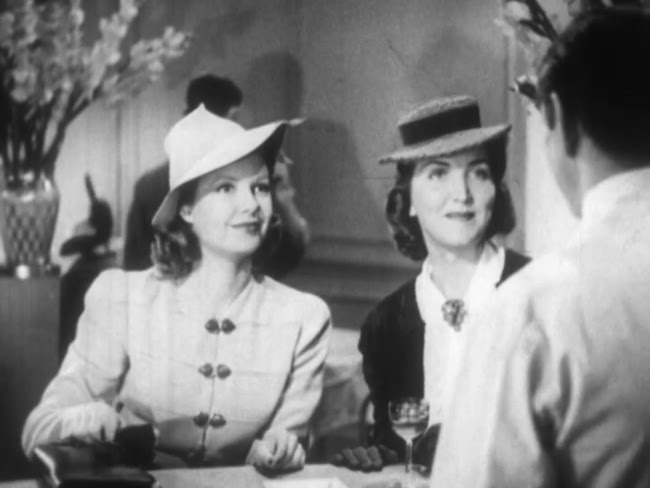 That prime suspect I mentioned, by the way, played by someone named William Stelling, does have a bit of an accent--a weird one I can't place. He pronounces the "Chin" in "Chinatown" like the chin at the bottom of the human face.

Anyway, the dialogue often builds momentum to a kind of rapid fire, highly suggestive callousness. In one slightly bizarre scene when Bobbie and Bill are exploring a dark and empty house, Wong suddenly emerges from a trap door, accidentally knocking Bobbie over and knocking her unconscious--Wong and Bill glance at her and then just move along as Bill tells Wong about the corpse he and Bobbie found. When the two men are examining the body more closely, Bobbie catches up with them:

BOBBIE: What do you mean, leaving me downstairs unconscious?!

BILL: How do you know?

BOBBIE: Oh, I've seen him lots of times. He killed Wentworth and then committed suicide!

BILL: Sure, stabbed himself in the back. You're still unconscious! 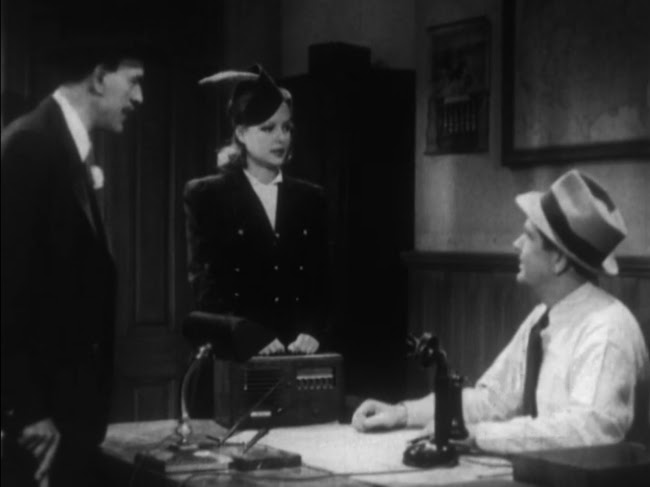 It all feels like a group of 14 year olds playing Cops and Robbers. Doomed to Die is available under the title Mystery at Wentworth Castle on Amazon Prime.

The wooden surface spoke of forest seas.
Interpret grass bespoke a nothing much.
But then a morsel yet of truth was seized.
As paper crammed behind the captain's hutch.
A crew of pins arrested steals the breath.
In measured ticks the watch at six concludes.
Between the masts and yards prepared a death.
But sails and wind the end at length precludes.
As eyes were placed in shapes befitting screws.
The wobbly box creates a noisy cart.
In painted notes the vessel's wake was blues.
The damp and darkened goal is like the start.
In turbulence the stack of blocks persists.
Or something thinks the world of parts exists.