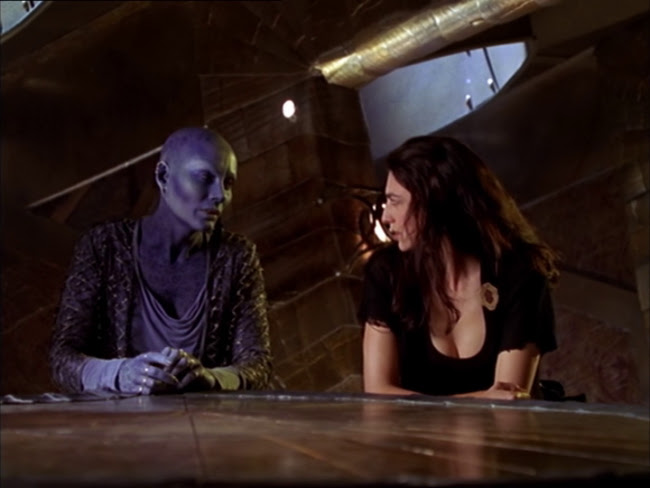 Farscape indulges in a Groundhog Day style time loop plot which may remind viewers of Edge of To-morrow/All You Need is Kill in that it involves the protagonist repeatedly glimpsing his own demise (the episode predates the Japanese novel but came six years after the Harold Ramis movie). An episode with a few plot points that feel only halfway thought through, it's still pretty good. 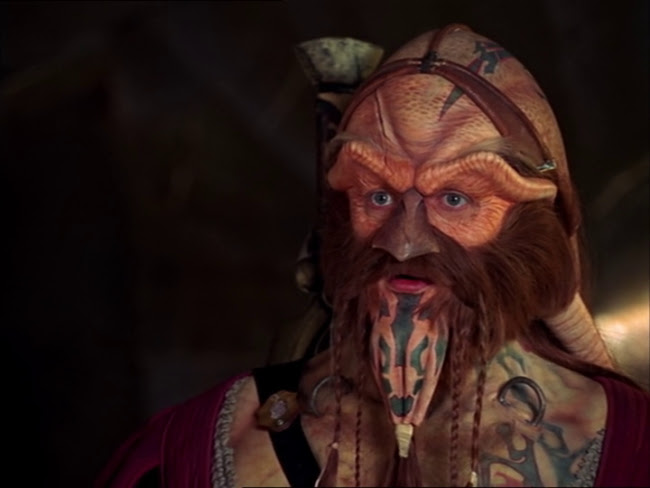 The danger of attempting to conform to a specific cultural identity again manifests as D'Argo (Anthony Simcoe) abruptly switches from wanting to ignore the survivors of an exploding spacecraft to wanting to help them entirely because the survivors belong to a species traditionally allied with the Luxans, D'Argo's species. D'Argo, whose crime we learn in this episode was even more shameful than the killing of a superior officer, jumps at the opportunity to prove he's a good and true Luxan through and through. It's motive enough to make him ignore every piece of evidence that the survivors might be dangerous. 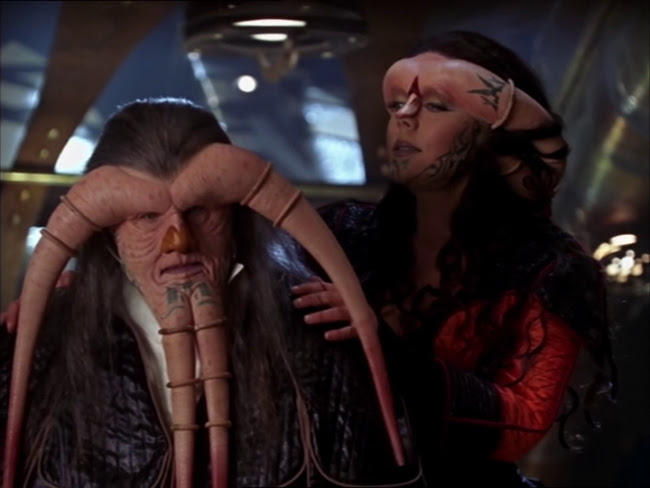 An older man named Verell (John Clayton) and young woman named Matala (Lisa Hensley) are the only survivors. In inspecting the vessel, Crichton (Ben Browder) is hit by a strange green energy discharge and afterwards finds himself randomly, temporarily transported to moments in the near future. At first, several of these involve Matala, whose overtly seductive manner comes off a bit like Rue McClanahan, sexually assaulting Crichton. The episode's explanation for these scenes is a little vague though not as inexplicable as a bit of information D'Argo imparts in Crichton's absence that Crichton nonetheless seems aware of when trying to convince D'Argo of his time jumping. But maybe the pleasure viewers and writer Babs Greyhosky took in Crichton's ravishment made up for any inconsistencies. 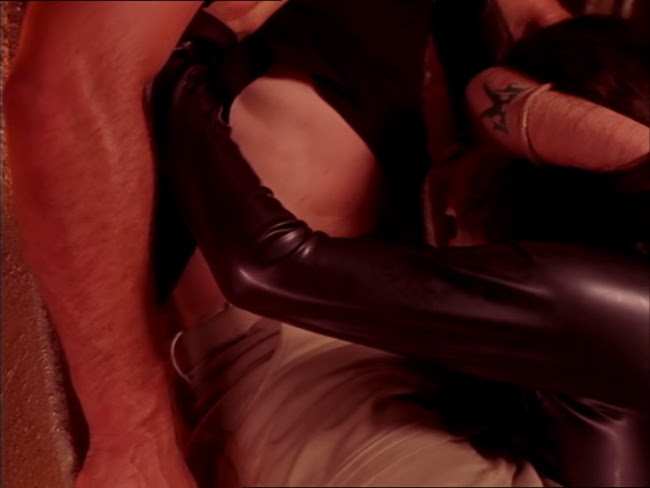 For those attracted to women who are looking for some fan service, Aeryn (Claudia Black) has a temporarily bare midriff in this episode thanks to a kind of unflattering crop top that doesn't last very long. But she also has my favourite line in the episode--in a meeting between her, Zhaan (Virginia Hey), and Crichton, Crichton, beset by another future assault vision from Matala, is compelled to leave the room, muttering, "I'm just gonna get some air." Aeryn, indignant and confused, says, "We have air in here! What is the matter with him?" 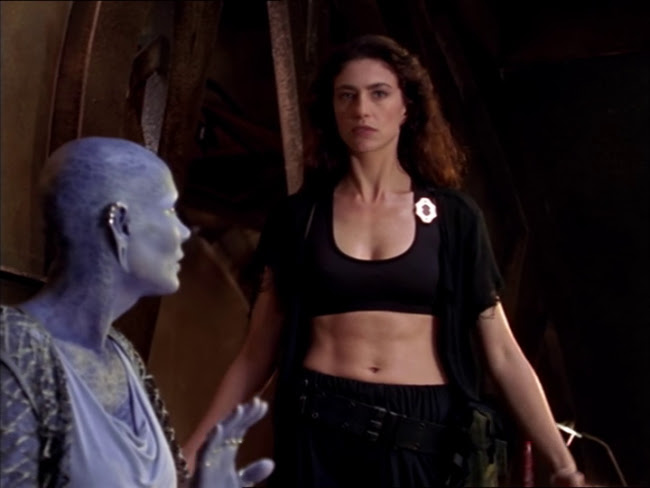 This entry is part of a series I'm writing on Farscape for the show's 20th anniversary. My previous reviews can be found here: