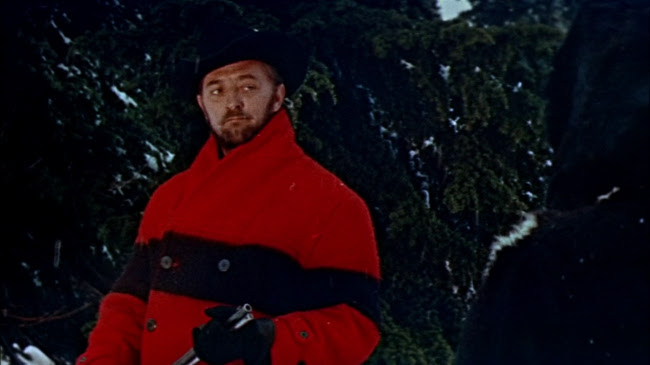 In the midst of a terrible winter, alone in the snowy mountains of northern California, a family plays out a drama seemingly representative of human civilisation in 1954's Track of the Cat. Three brothers, each in his own way, trying to live up to an ideal of personal responsibility under the bitter, impotent influence of parents, sister, and fiancee establish their personalities for the audience in the hunt for a panther that's been killing the livestock. There are some really great location shots, nice production design, and a brave performance from Robert Mitchum, but mainly its a film that comes across as trying to make a point that doesn't quite connect. Most of the blame for this belongs to actor Tab Hunter. 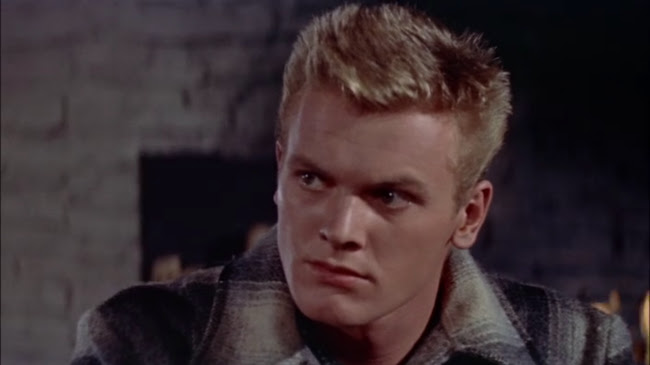 I think we're supposed to want to see the youngest brother, Harold (Hunter), really succeed and prove himself against all odds. But he's just so bland and his performance is so lazy, it's just irritating when anything good happens to him. Robert Mitchum, as Curt, the arrogant and loud mouthed brother under whose shadow Harold struggles to define himself, is so much more charismatic it's even harder to want to spend time with Harold, let alone root for him. 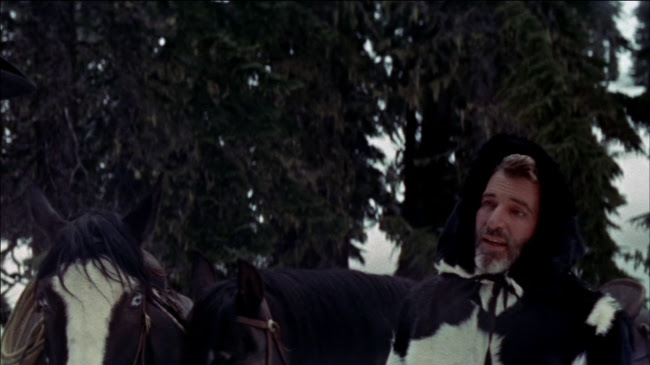 The eldest brother, Arthur (William Hopper), is presented as saintly--called "a monk" by Curt--he sees the good in everyone but lacks Curt's assertiveness to lay down the law. Their mother (Beulah Bondi) is a severe, deeply religious woman while their father (Philip Tonge) constantly drinks and is generally too feeble to establish authority. Teresa Wright plays Grace, the only female offspring, a perpetually angry woman who constantly berates her parents and siblings for their individual failings. 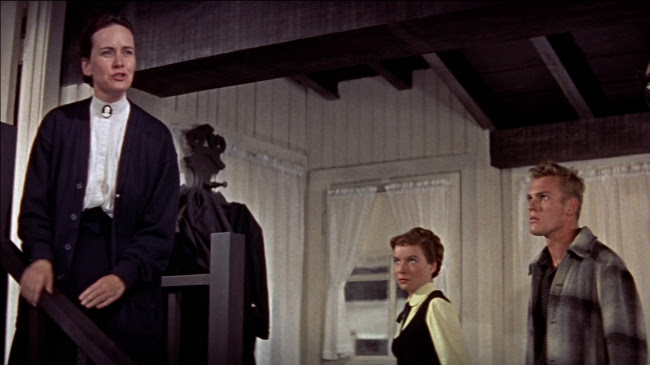 It all seems like an allegory for the perils of a headless society in which various ideologies try to assert dominance but each lacks some vital element to stake a permanent claim. This is a fine enough idea in itself and oddly I think the movie would've felt more like it had a resolution if it didn't make any attempt at a resolution. 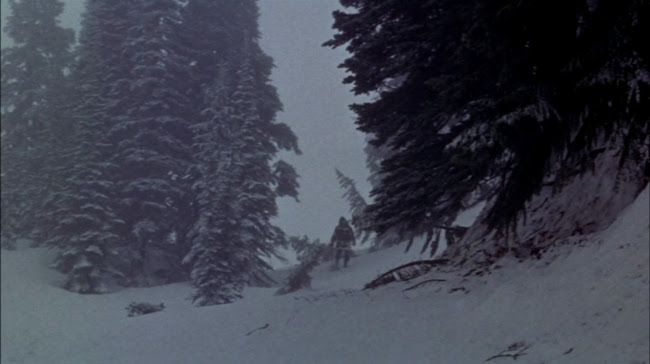 Apparently Mitchum was miserable with the filming conditions but his hard work paid off with some really effective scenes of him trudging through snowy wilderness, trying to find a panther. A panther we never see, by the way, another problem with the film. Why Katharine Hepburn can be walking a leopard in Bringing Up Baby but we can't even get an isolated shot of a panther on a soundstage in this movie I really don't know. When the cat's in your title you really need to show the damned cat.

Posted by Setsuled at 4:50 PM
Email ThisBlogThis!Share to TwitterShare to FacebookShare to Pinterest
Labels: movies, robert mitchum, track of the cat, western